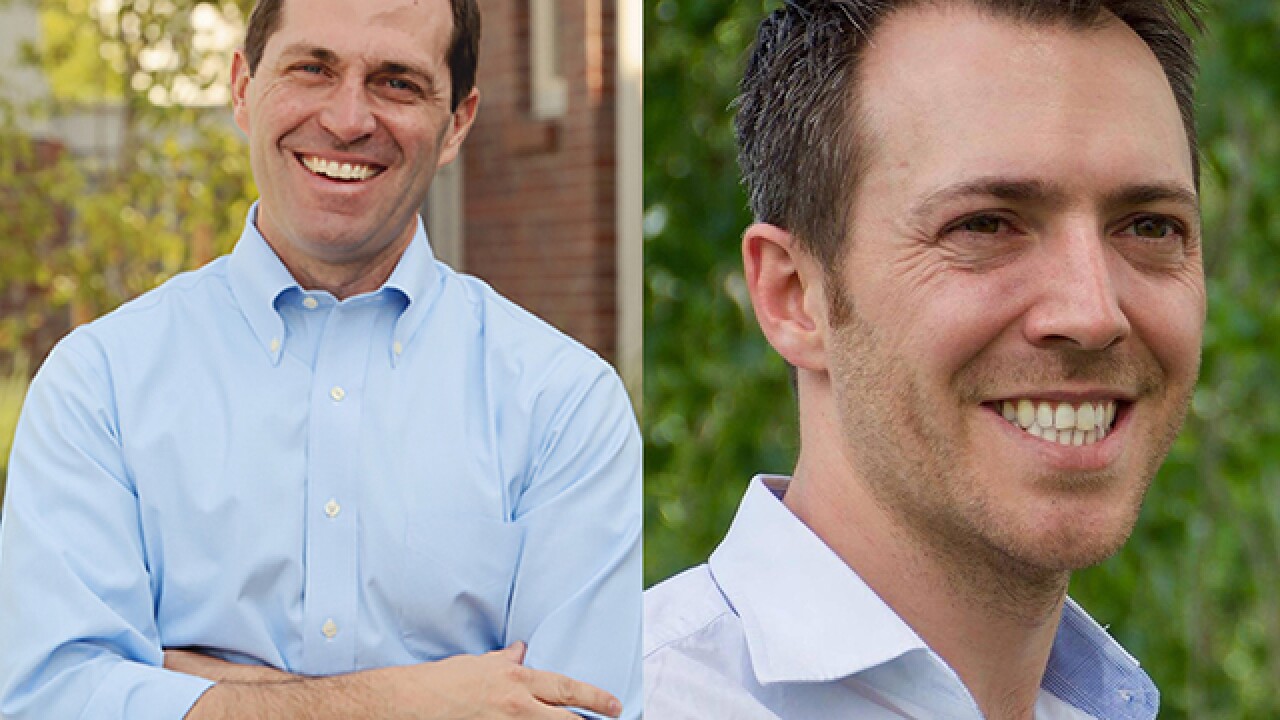 Courtesy Crow and Tillemann campaigns
<p>Democrats Jason Crow (left) and Levi Tillemann (right) will try and garner enough support at Thursday's 6th congressional district assembly to get onto the ballot for June’s primary.</p>

DENVER – There will officially be a Democratic primary in the race to unseat five-term Congressman Mike Coffman in Colorado’s 6th congressional district, in what is expected to be the state’s hottest congressional race of 2018.

Both candidates had hoped to top the 30-percent threshold required to make a congressional primary ballot in Colorado, though it’s possible that Tillemann only needed 10 percent since he also submitted ballot petitions.

Attorney David Aarestad, who was originally also vying to make the Democratic primary ticket, withdrew from the race last month and endorsed Crow.

Crow led both Coffman and Tillemann in the last round of fundraising.

Crow also announced earlier this week that he’d raised an additional $461,832 in the first quarter of 2018.

“I am honored by the overwhelming support that we received at assembly tonight,” Crow said in a statement posted on Twitter. “It’s clear that the 6th is ready for servant leadership and a candidate who will put people first. The grassroots support we’ve received over the last year is nothing short of humbling.”

“WE ARE ON THE BALLOT!” Tillemann posted to his campaign Facebook page. “We don’t have a million dollars (yet), but we proved that we are a force to be reckoned with tonight here in Congressional district 6!”

The two Democrats, as well as Coffman, will have to win over unaffiliated voters, which are the state’s largest voting group, as they are now allowed to participate in primaries.