Polis: “The state of Colorado has not requested federal troops. A Coloradan has." 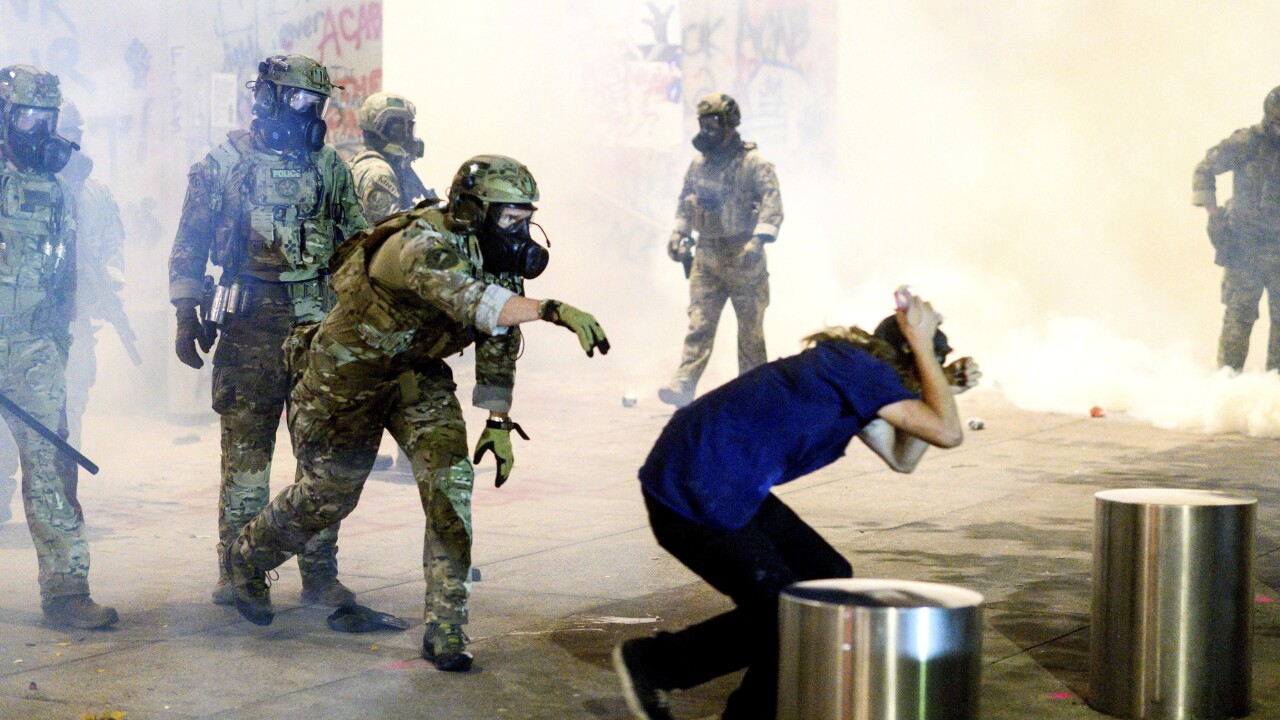 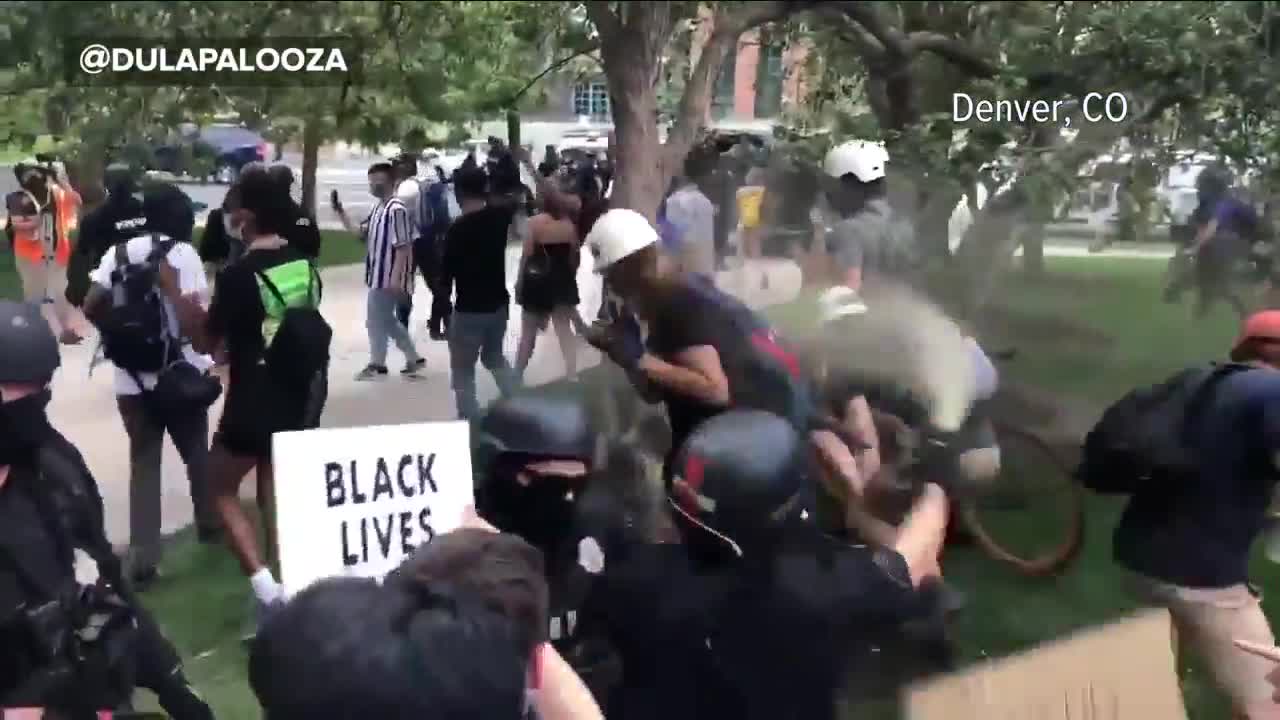 DENVER — A Republican state lawmaker is asking President Trump to expand its Operation Legend and send federal agents to Colorado, while the entire Colorado Democratic caucus asked the state’s U.S. attorney to prevent any federal law enforcement agents from being deployed here.

In recent weeks, federal agents have been sent to intervene in Portland and Chicago after violent protests and increasing crime rates, and the administration said they would be going to Albuquerque as well.

Both Denver’s mayor and Gov. Jared Polis have said they do not want to see what has happened in Portland, where federal agents in unmarked vans and uniforms clashed with protesters and snatched people off the streets, happen in Denver.

The Justice Department's inspector general is reviewing the conduct of the federal officers in Portland and Washington D.C.

Rep. Dave Williams, R-Colorado Springs, sent the letter to Trump on Thursday saying that crime rates are on the rise and claiming members of Antifa became violent at a Back the Blue protest Sunday.

“The situation is becoming more and more untenable and many Coloradans are wondering what it will take for those in power to stop the lawlessness,” the letter read.

The state lawmaker, who is an ardent Trump supporter, went on to say that Denver officials and the governor, most of whom are Democrats, are not doing enough to stop the crime or vandalism – a common refrain from conservatives in Colorado in recent weeks. The calls intensified after a pro-police group and Black Lives Matter protesters clashed over the weekend.

“You have law enforcement that is actually unable to protect the public and you have a governor, as well as a mayor of Denver, who are enabling this type of activity,” Rep. Williams said. “If the governor is unwilling to do anything about it then, yeah, I’m absolutely going to use my contacts and request that the president come in and restore law and order.”

Rep. Williams did not approach his colleagues about the letter before sending it but said there have been conversations among his fellow Republicans about asking Colorado State Patrol or the National Guard to better protect the state Capitol from vandalism.

“I don’t think any of this is outrageous. I think all we’re calling for is a restoration of the peace,” Rep. Williams said.

The entire Democratic caucus from the Colorado General Assembly wrote to U.S. Attorney for Colorado Jason Dunn Thursday saying the see the use of the federal agents as an “unwarranted overreach on behalf of the federal government.”

“We write to you with these concerns not only because we feel it is imperative to speak up in the face of injustice, but because we believe you, as the United States Attorney for the District of Colorado, have an important role to play in how this situation could end up affecting our state,” the lawmakers wrote. “We have grave concerns that the Trump administration will continue to deploy agents of this sort to cities across the country; this is substantiated by the news that at least 150 such agents will arrive in Chicago before the end of the week, and that President Trump is threatening to deploy agents in cities across the country.”

They wrote that they were concerned that the Trump administration’s actions, if taken in Colorado, would violate state’s rights under the Tenth Amendment and said that troops should only be welcome if they are invited by the state’s leaders.

“We call on you, the United States Attorney and President Trump’s designee over federal law enforcement in our state, to take any and all appropriate steps to ensure that such unnecessary escalation and imposition does not occur in Colorado. We also encourage you to use your position of influence within the administration to raise concerns about what appears to be intentional acts of intimidation with your colleagues across the country and the federal administration,” the lawmakers wrote.

Despite Williams’ calls for help, others disagree with the need for federal agents to intervene.

Murphy Robinson, the executive director for the Denver Department of Public Safety, admits that the crime rate is up but says the city is not at the level where it needs federal agents to support police.

“The last thing that we want is a federal delegation coming in that does not understand our use of force policy and that does not have the checks and balances that we have with the independent monitor,” Robinson said.

Denver has asked the federal government for help before; the city and county requested for the National Guard to help secure some of its facilities during protests a couple of months ago.

Robinson says the city isn’t above asking for help, but he believes a state lawmaker who doesn’t represent Denver and who doesn’t understand the city’s ordinances and policing policies should not be calling for help on Denver’s behalf.

Mayor Michael Hancock agrees. In an interview with Denver7, he said sending in federal agents would make matters worse.

“It is further escalation, not to mention the fact that it is a violation of the Constitution and really flies in the face of the values and tenants of Federalism, all of which we stand on today,” Mayor Hancock said.

The mayor said he would be prepared to go to court to fight federal intervention in Denver, something Colorado Attorney General Phil Weiser said in a statement last month he would be willing use legal channels to fight against as well.

“The threat to order the military to take over policing in our cities and states is illegal, an abuse of power, and exactly the opposite of what our nation needs. Our states have sovereign authority and the right to exercise the police power under the Tenth Amendment of the U.S. Constitution. If necessary, as we have before, the State of Colorado is prepared to take the federal government to court to defend our sovereignty and the rule of law,” the statement from Weiser read.

In a radio interview with 850 KOA News Radio, U.S. Sen. Cory Gardner, R-Colo., said he believes the state can handle its affairs without federal help.

“This is an issue that local police should be more-than well equipped to handle. Let’s have the leadership we need to protect our people and property at the state and local level and community level,” Gardner said.

He went on to say he wants to protect people’s right to free speech and peaceful protest, but he finds some of the violence and vandalism concerning and people and property deserve to be protected.

For now, Rep. Williams is waiting to see if he receives a response from the White House as several cities across the country are already seeing federal agents intervene.