Campaign says he will pay fine personally, not appeal 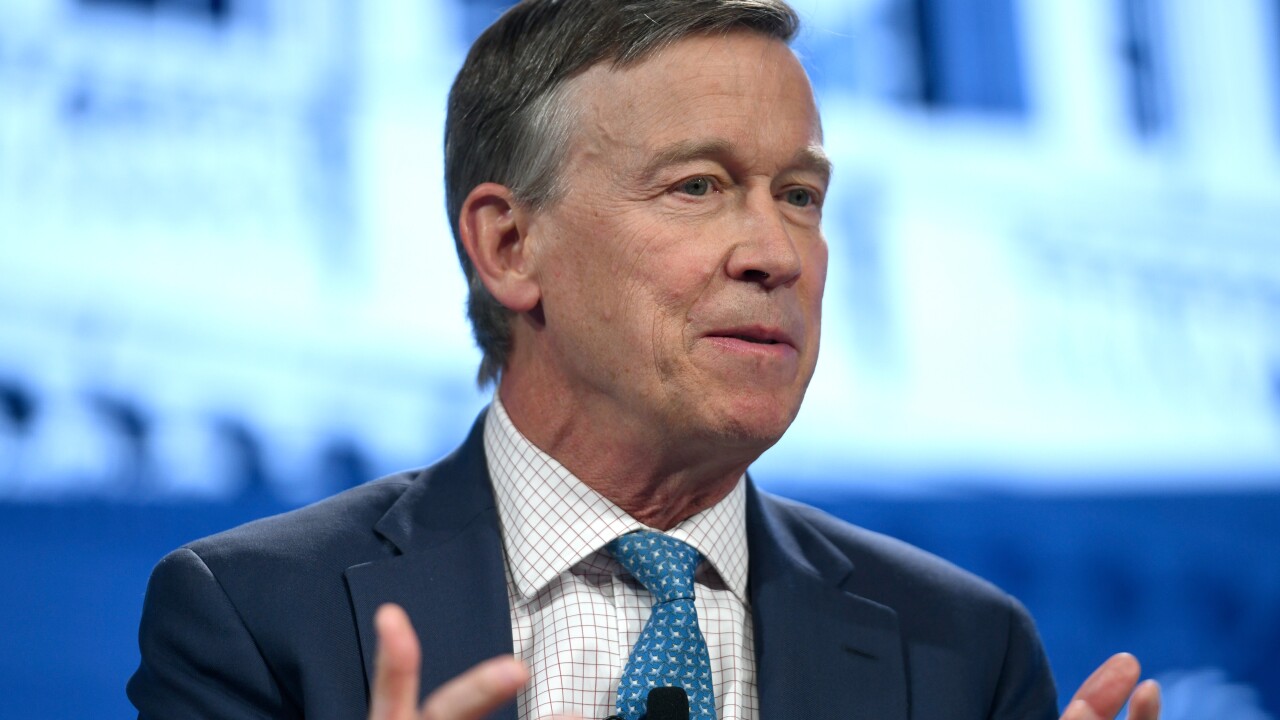 John Hickenlooper is a two-time governor of Colorado. He announced his candidacy for President of the United States on March 4, 2019. Party: Democrat

The commission, however, declined to fine him for the contempt charge he incurred last Thursday when he failed to honor a subpoena and show up for the hearing in front of the ethics commission. He did so a day later, when the commission found he violated the state’s gift ban in two of the six instances alleged in complaints made by a former Republican House speaker.

The IEC fined Hickenlooper $2,200 for the violation related to his trip on a private plane and private dinners surrounding the commissioning of the USS Colorado in Connecticut. And it fined him $550 for a violation of Amendment 41related to transportation, meals and other things during a trip to the Bilderberg meeting in Italy – both in 2018 while Hickenlooper was still governor.

Hickenlooper’s appointed attorney, Mark Grueskin, asked the commission Friday to toss out the contempt charge he incurred, but commissioners denied that request, though they declined to fine him or seek any other costs or fees.

The six complaints had been among many originally filed by the Public Trust Institute in October 2018 and have been supported by political action committee America Rising.

Hickenlooper’s campaign said he would not appeal the decision and would pay the fine personally.

Sen. Cory Gardner, R-Colo., who Hickenlooper would face in November should he defeat Andrew Romanoff in this month’s primary, noted in a statement the fine is the largest levied by the commission, though Colorado Politics reported that the commission accepted a stipulation for $4,862 from a former Republican senator who was found to have falsified time sheets.

Romanoff noted in a statement the state has had to pay more than $100,000 in defending Hickenlooper against the complaints.

“When he said he wasn’t “cut out” to be a senator, we didn’t know he’d try so hard to prove it,” Romanoff said in a statement.

The two will debate one another Tuesday in a forum hosted by Denver7, CPR News, The Denver Post, and The University of Denver.