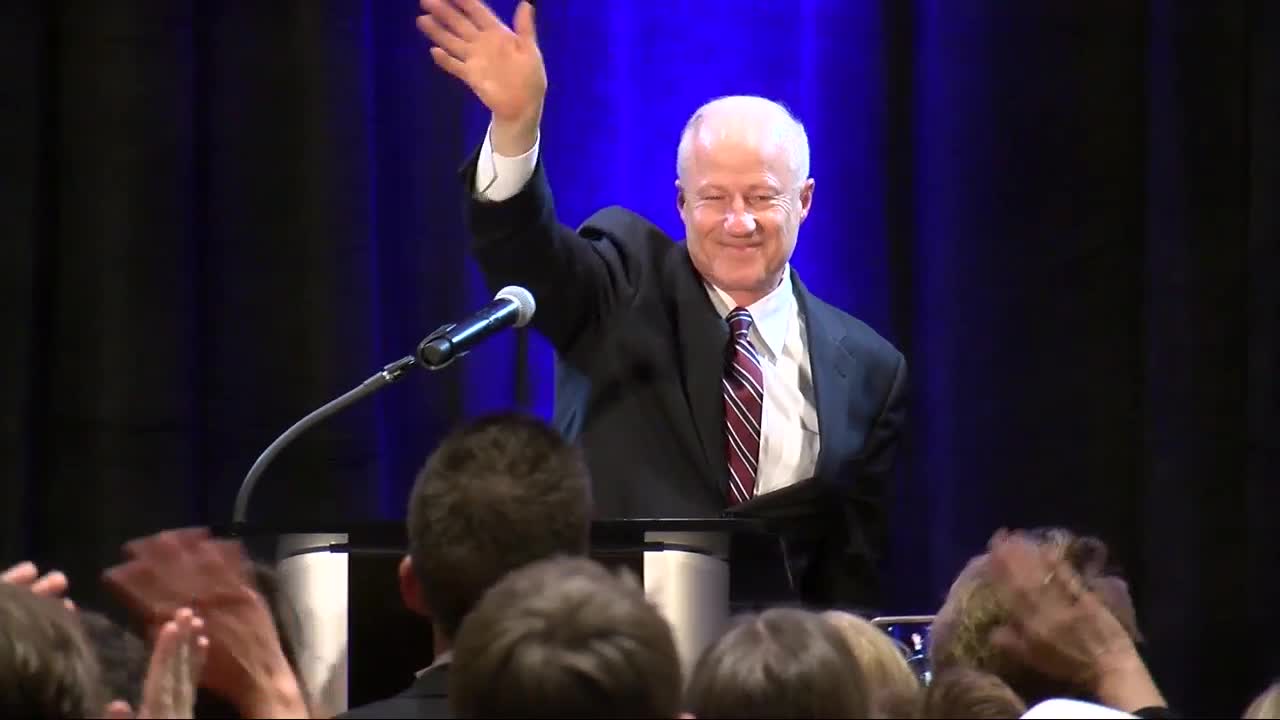 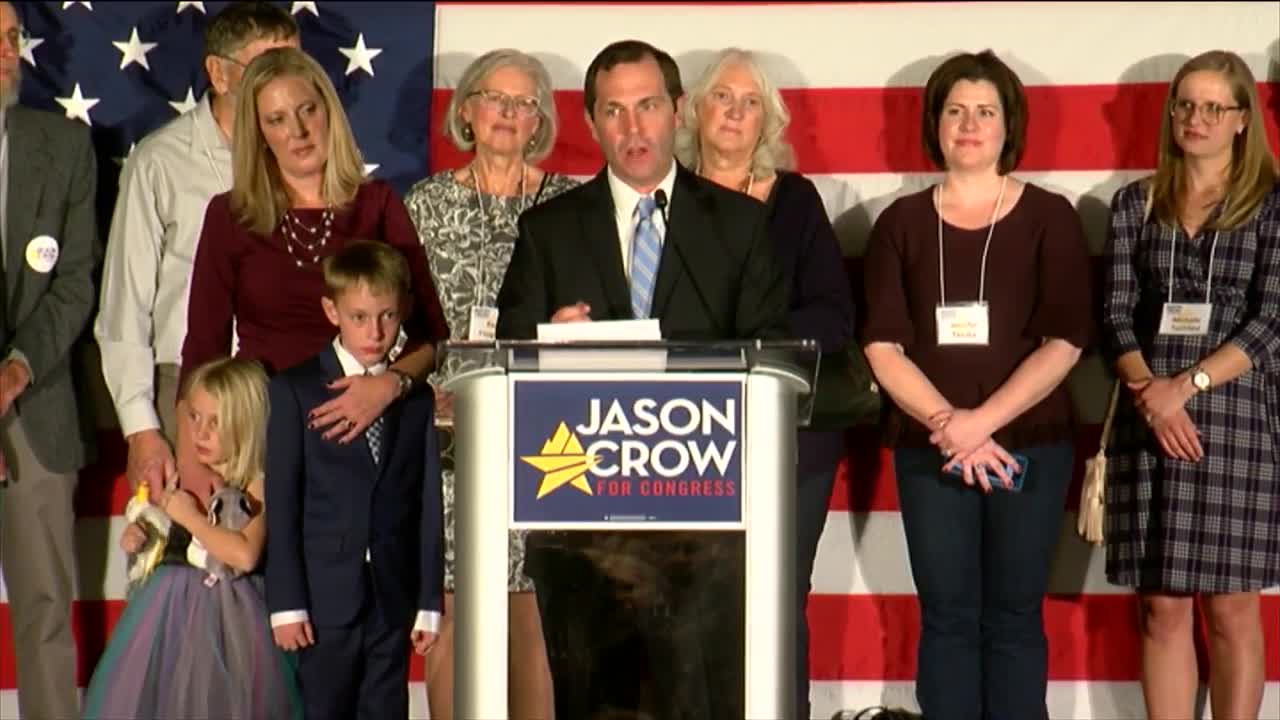 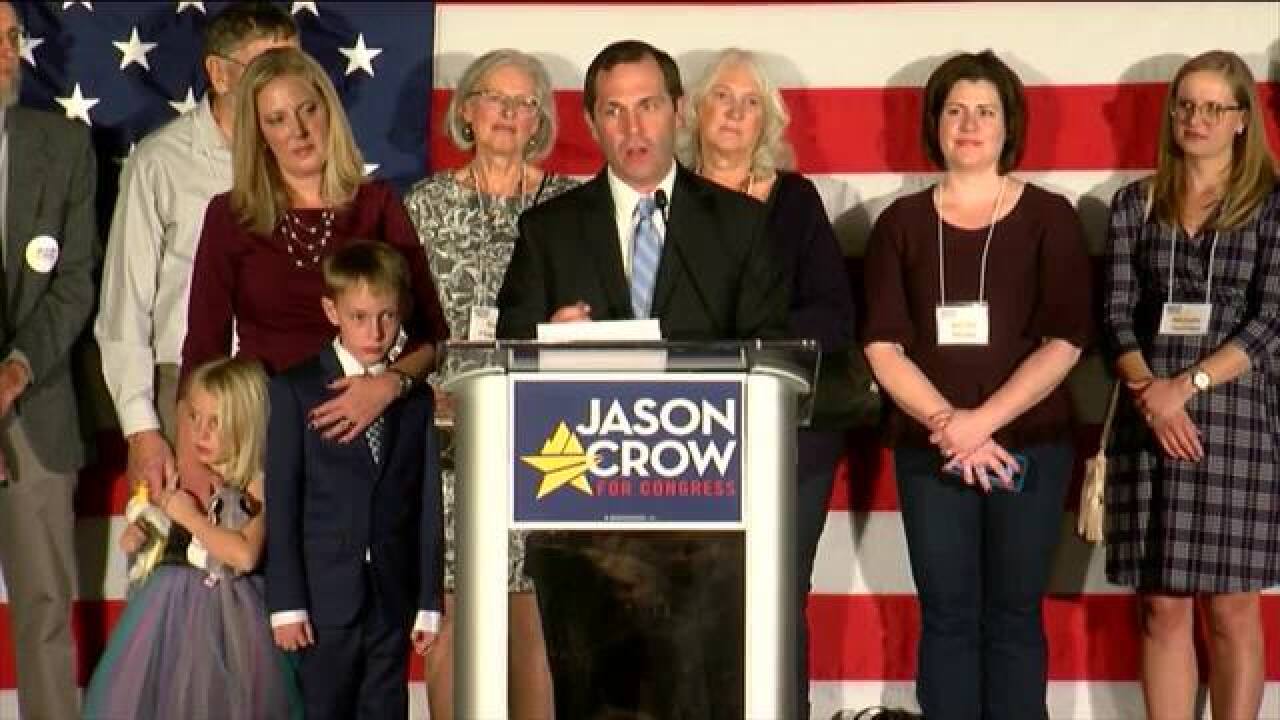 DENVER – Democrat Jason Crow pulled off a historic victory Tuesday over five-term incumbent Rep. Mike Coffman, an Aurora Republican who has for years fended off strong challenges from other Democrats in the purple district of suburbs that surround Denver.

After more than a year of campaigning, Colorado’s 6th congressional district race widened in the final weeks as major funders pulled away from Coffman and leaving the district all-but for the Democrats in a year in which they re-took hold of the U.S. House of Representatives.

“Tonight, we started a new chapter in the story of our democracy,” Crow told supporters at a victory speech Tuesday evening. “There is a new generation of servant leaders on its way to Washington.”

Crow was one of dozens of Democrats who flipped Republican House seats across the country in what many saw as a midterm referendum against President Trump, though opposition parties have historically fared better in midterm elections than the party currently in power.

“We ended an era that let Donald Trump shape how we talk and think about our politics and each other, and we begin a new era that puts people first and recognizes our shared destiny,” Crow said. “It will spare no tolerance for those who perpetuate or enable racism, hatred, or violence.”

In conceding, Coffman acknowledged that the Trump factor played a large role in the campaign and the race.

But neither candidate shared much bitterness publicly after a hard-fought race between two combat veterans and a host of negative advertisements paid for by outside committees.

Coffman thanked Crow and congratulated him and his family on their victory, and he thanked the constituents he served for 10 years. He also, as did many of Tuesday’s candidates in Colorado, called for people to come together.

“We are all in this together. We pray that God will grant Jason wisdom in all that he does. Let’s go forward and acknowledge that we are a blessed people,” Coffman said. “Serving this country has been the greatest honor of my life. I’m indebted to the people of Colorado. God bless all of them tonight.”

Crow thanked Coffman for a “spirited” campaign and commended his hard work and service to his country, and similarly called for unity.

“Mike Coffman and his supporters are not our enemies,” Crow said. “This is politics, not war, and I will never stop trying to find common ground where I can.”

And both talked about the diversity of the district they have served and will serve, saying it was made the district and our country great.

“I learned that America is great because we draw strength from our diversity and we are at our best when we focus on what unites us and not what divides us,” Crow said. “For me, this campaign reaffirmed the Colorado spirit – the notion that we are in this together and that we share a common destiny.”