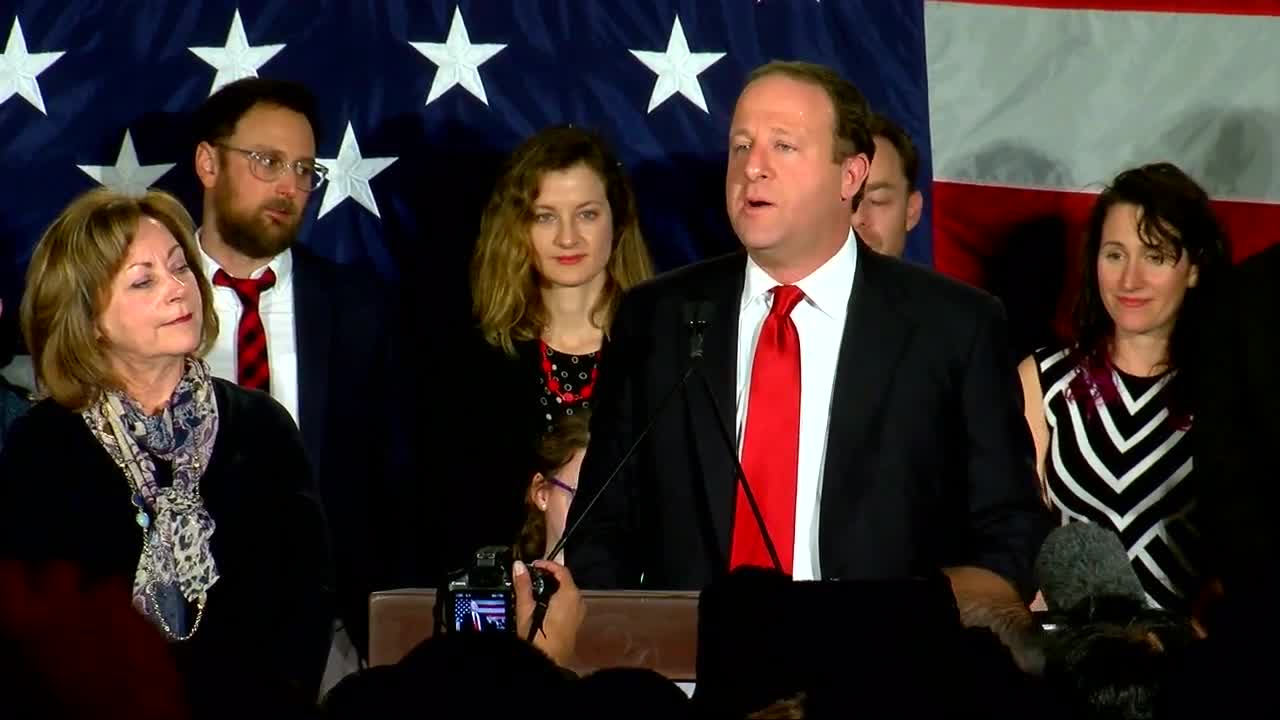 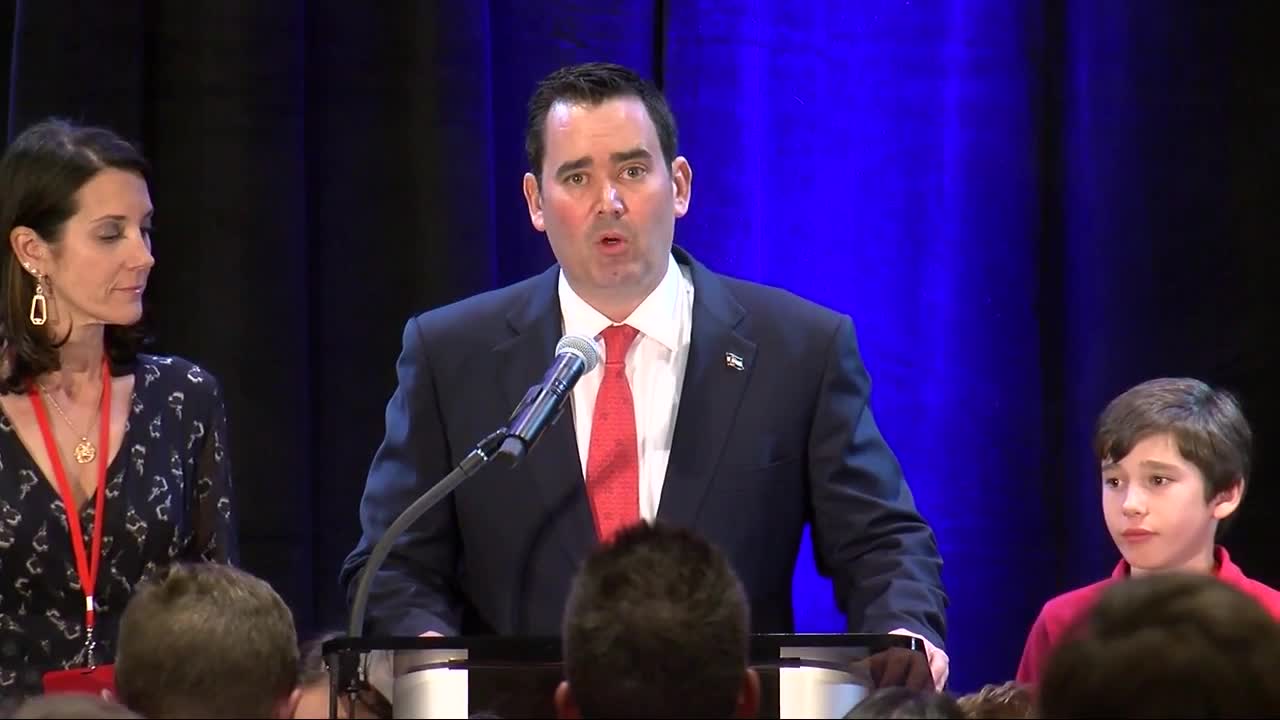 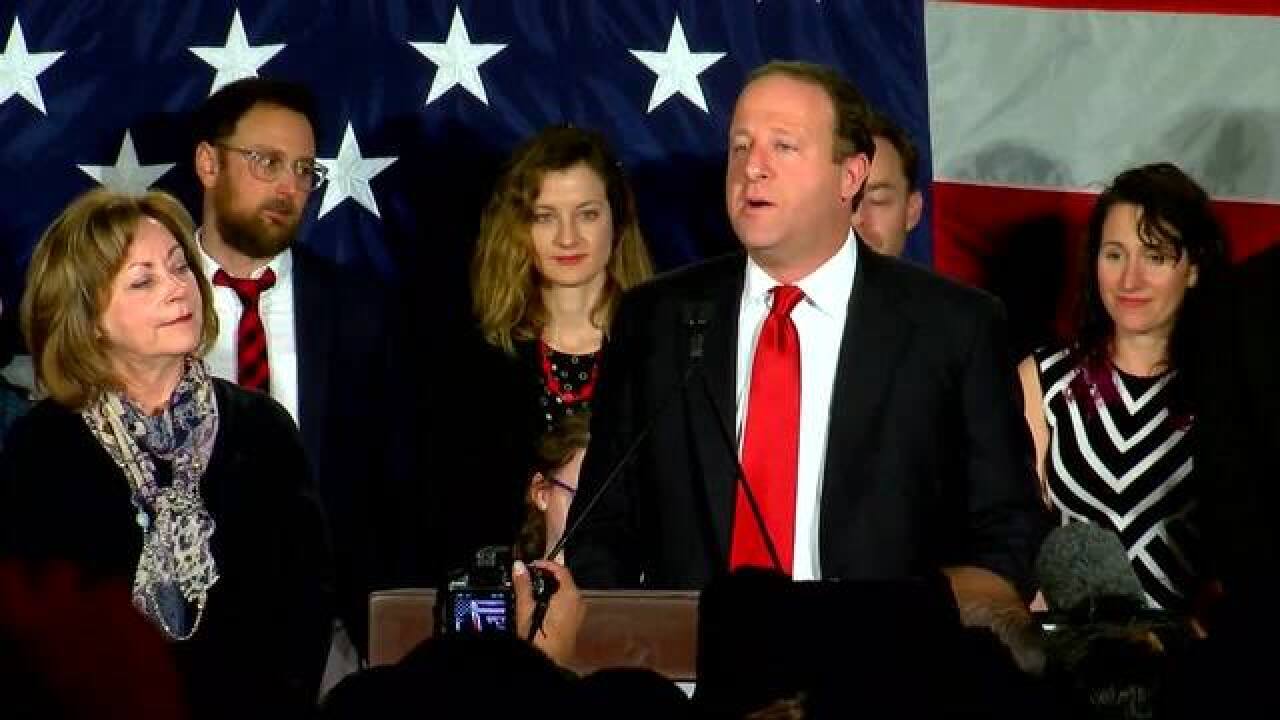 Though full results were not in on Tuesday night at the time of publication, Polis, 43, led Republican Walker Stapleton by 6 percentage points and more than 100,000 votes in the race. Libertarian Scott Helker brought home 2 percent of the vote, and Unity Party candidate Bill Hammons took 1 percent of the vote.

“As governor, I will serve with the Colorado way of life in my heart and on my mind at all times,” Polis said in a victory speech Tuesday night. “And I pledge to serve all Coloradans, no matter your party, no matter who you voted for in this race — because there’s far too much at stake to let politics or partisanship get in the way of building the bright future for our state that every family deserves.”

Polis, as a candidate, has pledged to bring a more progressive agenda to the governor’s office, but he thanked outgoing Gov. John Hickenlooper, the term-limited Democrat, for leading the state for the past years and pushing Colorado to a place where Polis said it is now “the envy of the nation.”

Polis becomes the state’s first Jewish governor and openly-gay man elected governor of Colorado. He thanked his partner, Marlon Reis, during his victory speech, and said Reis would be “the first First Man in the history of Colorado.”

Polis, as did many of the Democratic candidates who won election over Republicans, including some incumbents, sung a song of unity for the state’s future.

“The time is now to unite in our common purpose, rooted in our shared love for our home of Colorado, and confident that what makes us unique isn’t just the boldness of our ideas — it’s the resilience and the spirit of Coloradans, who make change happen, who bring these bold ideas to life,” Polis said.

Hickenlooper congratulated Polis in a tweet and thanked voters: “Congrats to all who stood up, showed up & spoke up. I couldn’t be more excited for what’s ahead.”

Polis' running mate Dianne Primavera, who will be Polis' lieutenant governor, said she was "humbled beyond words" to have the opportunity to serve Colorado.

“Thirty years ago, after my first cancer diagnosis, if you had told me that I’d be serving as lieutenant governor and a grandmother to an energetic little one-year-old, I would have thought you were making a cruel joke. This election is proof that anything is possible, that we can make amazing things happen if we work together and refuse to give up," she said in a statement.

In a concession speech, Stapleton thanked his running mate Lang Sias, his wife and children, and all of his supporters for supporting him as state treasurer and in his bid for the governor’s office.

He touted his accomplishments as treasurer and said he would “keep fighting and serving our great state.”

He said he had congratulated Polis on his victory in what he called a “tough campaign.” He, like Polis, also said that Coloradans all needed to “come together.”

Both candidates had attempted to paint the opposing candidate as too progressive or too conservative during the campaign, and both had been criticized for the money involved in the election – particularly Polis’ tens of millions of dollars he put into his campaign.

But in the end, the blue wave that swept over Colorado – putting Polis in office, Democrat Jena Griswold in the secretary of state’s office, and Jason Crow in the state’s 6th congressional seat – was too much for Stapleton to overcome.

Polis said that he would try and get his agenda passed – specifically mentioning the full-day kindergarten program he wants to enact. But his victory speech touched more on togetherness than some of the divisiveness seen during the campaign.

“I want to serve to protect Colorado’s way of life,” Polis said. “We’re all in this together.”