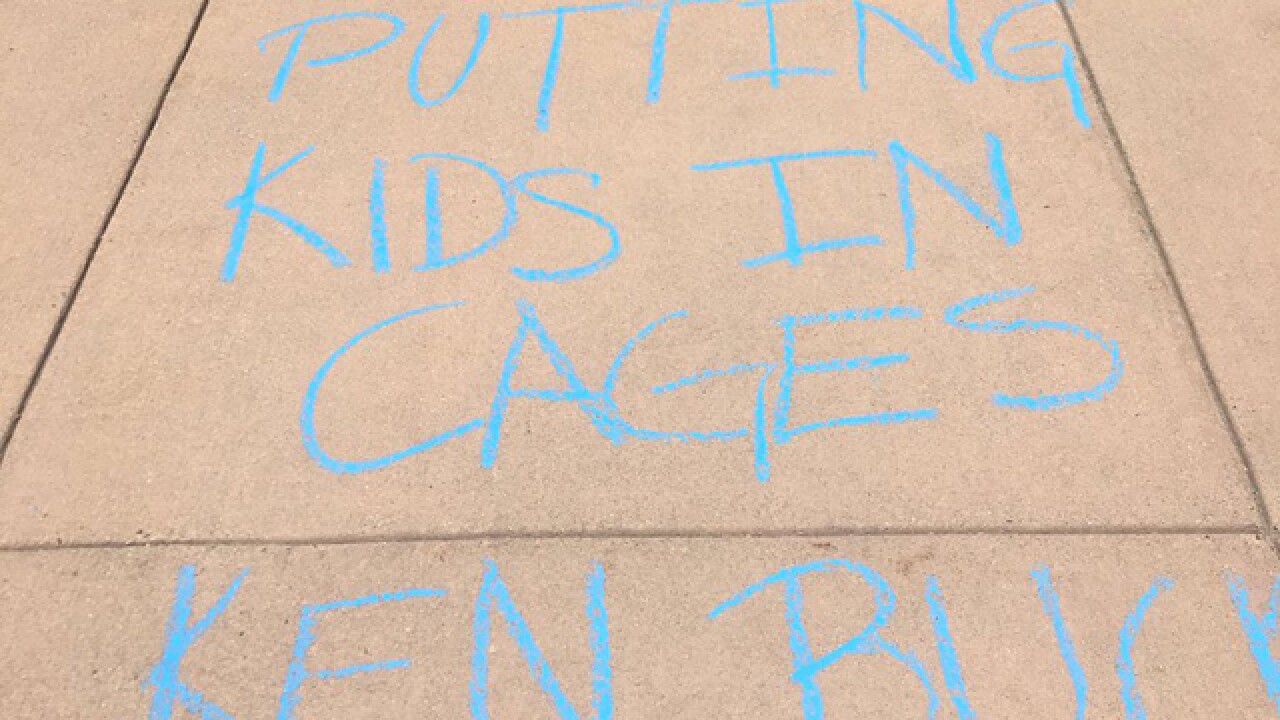 Copyright 2018 Scripps Media, Inc. All rights reserved. This material may not be published, broadcast, rewritten, or redistributed.
<p>Shauna Johnson faces a misdemeanor charge after a chalk art display in front of Republican Congressman Ken Buck’s office in Castle Rock.</p>

DENVER – The 18th Judicial District Attorney’s Office filed Thursday to dismiss the criminal tampering charge levied against a woman who protested the Trump administration’s family separation policy in chalk on the sidewalk of the Castle Rock offices of Rep. Ken Buck, R-Colo.

The district attorney’s office wrote that “justice would be a dismissal” in the case of Shauna Johnson, who wrote “Stop putting kids in cages Ken Buck” in sidewalk chalk outside of the Congressman’s office on June 6.

“While my family is elated that, with the help of our superheroes at ACLU of Colorado, I won’t be prosecuted, there are still thousands of babies, toddlers, and young children who haven’t seen their moms and dads for weeks,” Johnson said in a statement. “We must continue to show up and speak out for these kids.”

She had been charged with criminal tampering, a class 2 misdemeanor punishable upon conviction of between 3 and 12 months in jail and a fine of up to $1,000.

Johnson, a mother of two, told Denver7 she was “scared” by the charge and said she felt her free speech rights were being violated.

The building’s management called the Douglas County Sheriff’s Office after Johnson scrawled the protest on the sidewalk, and deputies issued her the charge. The building is located on private property and property owners said they were concerned she would return.

The ACLU of Colorado got involved last week and said it would represent Johnson in the case. Attorney Adam Frank, of Frank & Salahuddin LLC, who was one of the attorneys working on the case, said last week he would ask the district attorney’s office to dismiss the case.

“Shauna Johnson is a concerned constituent who simply wanted to communicate a message of dissent to Representative Buck against the cruel immigration policies of the Trump Administration. She did no damage and intended no harm. She should never have been charged in the first place,” said ACLU of Colorado Legal Director Mark Silverstein in a statement to Denver7. “Dissent is patriotic, and especially now, we cannot allow government to intimidate or silence those who speak out against injustice.”