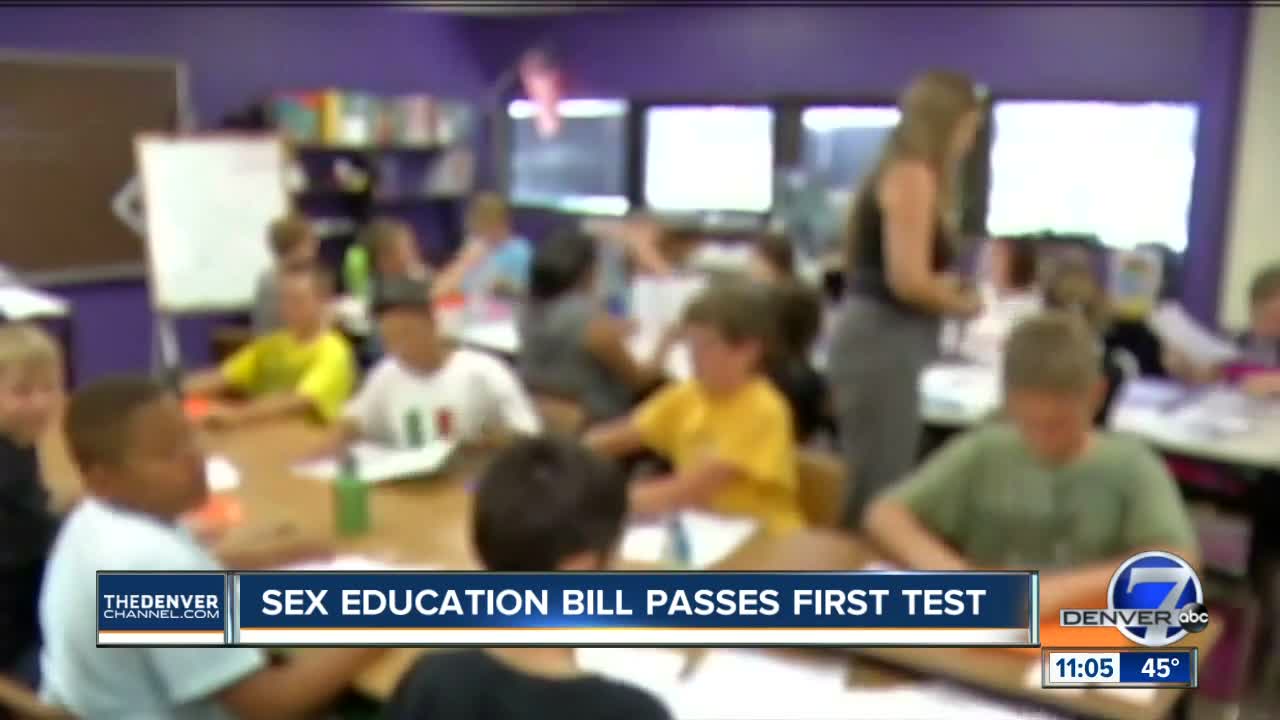 DENVER – After a 10-hour hearing in which hundreds of people submitted testimony on a comprehensive sex education bill that has inflamed emotions on both sides of the aisle at Colorado’s state Capitol, the measure passed out of the House Health and Insurance Committee on a 7-4 party-line vote.

House Bill 19-1032 now heads to the House Appropriations Committee for another hearing.

The measure would change an existing law that allows charter schools to obtain waivers to teach different types of sex education, despite abstinence-only education being banned in the state for all other schools. It would add more “human sexuality” curriculum on consent, birth control, abstinence, STD prevention, LGBTQ inclusion and healthy relationships.

The measure would also allocate $1 million in existing money to a grant program to teach comprehensive sex education. Rural and public schools with low resources would be prioritized.

Some of those topics brought out a host of religious leaders and parents who strongly opposed the measure, saying they believed certain parts of the measure went against their personal beliefs.

“It also teaches youth about the different relationship models they and their peers may engage in, including lesbian, gay, bisexual, and transgender peers, and how to be a safe and healthy partner in a relationship,” the bill reads. “Comprehensive human sexuality education fosters youth social-emotional health and well-being by teaching self-acceptance and respect for those whose sexuality, gender, gender expression, or lived experience differ from their own. Comprehensive human sexuality education rejects the use of shame, stigma, fear, and gender norms or gender stereotypes as instructional tools and recognizes that such tactics are counterproductive to youth empowerment and particularly harmful to vulnerable and questioning youth.”

“We are misusing this information on our children who are not able to comprehend or even understand it,” certified teacher Patricia Wallace told Denver7. She and others, like Lyn Tausan of Greeley, said they came to the Capitol to oppose the measure because they think sex education would take up extra time better spent on other curriculum.

But bill sponsor Rep. Susan Lontine, D-Denver, and other Democrats said those characterizations were wrong and spent much of Wednesday fighting off stigma about the bill.

“There was a lot of misinformation today about LGBTQ relationships and the conversation that would take place in a classroom regarding that. As a member of the LGBTQ community myself, I know how important it is for conversations that include this community,” Rep. Sonya Jaquez Lewis, D-Longmont, said in a statement. “The bill only expands the curriculum for schools that already offer or wish to offer comprehensive sex ed to include information about more than simply heterosexual relationships.”

“There is no LGBTQ agenda, as some attempted to argue today,” said Rep. Brianna Titone, D-Arvada, who is Colorado’s first transgender lawmaker.

Still, Republicans argued that the measure was overstepping state and federal law, with committee ranking member Rep. Susan Beckman, R-Littleton, saying that it would violate the state constitution in regards to local control.

“This bill is a serious overreach put forward by a Democrat majority and a top down mandate to the school districts in our state,” said Rep. Mark Baisley, R-Roxborough Park, who said he believed the bill would violate the First Amendment, arguing the bill “prohibits any religious conversations.”

Democrats on the committee defeated several Republican amendments and adopted one of their own, though it wouldn’t be finally adopted until it passes the full House. Lontine said their push for passage would continue.

“Colorado’s students deserve access to age-appropriate, accurate and comprehensive information regarding sex education to keep themselves and their classmates healthy and safe,” she said.

All seven Democrats on the committee voted to pass the measure on to the House Appropriations Committee, while all four Republicans voted against it. Democrats have control of both chambers of the state General Assembly and the governor’s office and can pass most any measure they wish to so long as their full caucus is on-board, though they have pledged to work in a bipartisan fashion.