No violations found in four other remaining instances 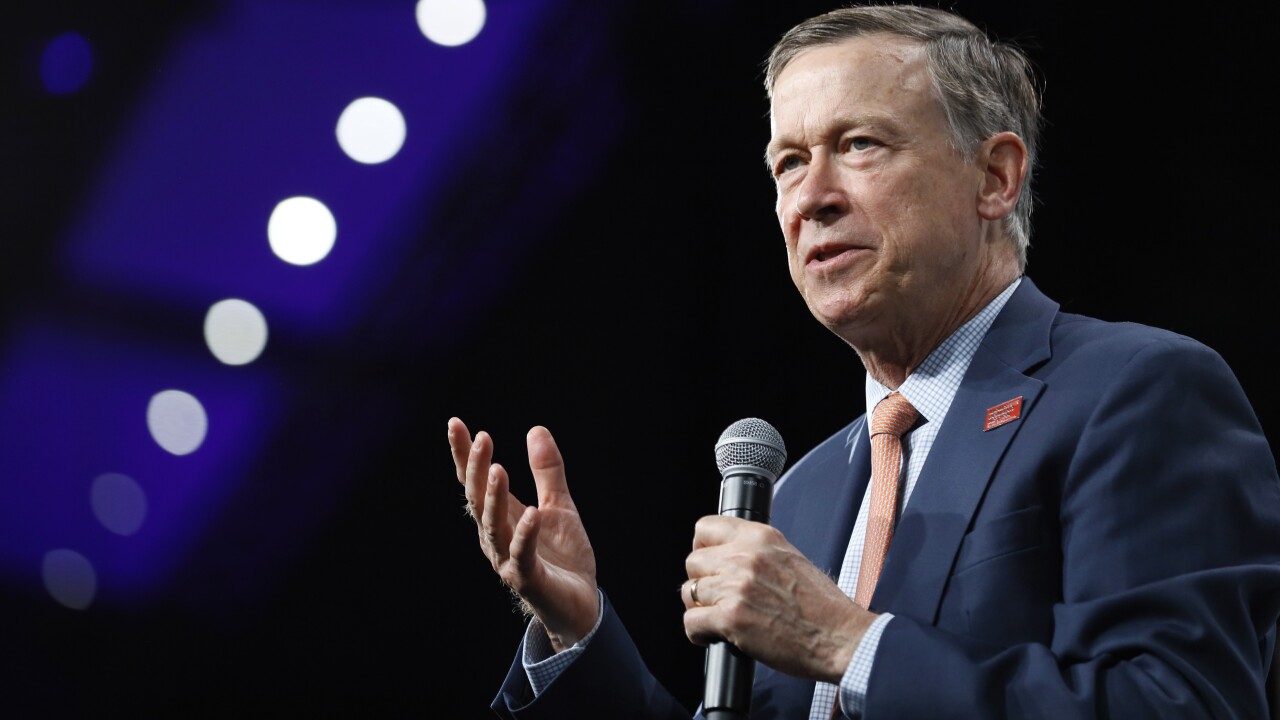 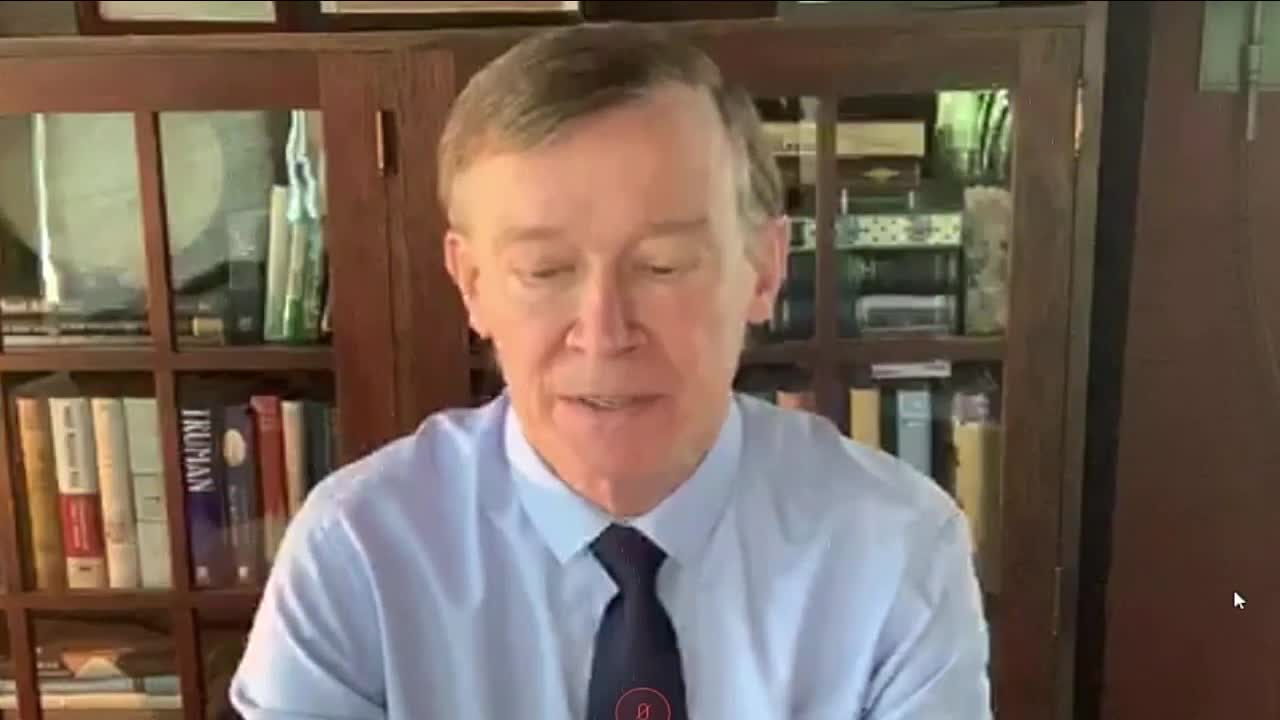 DENVER – The Colorado Independent Ethics Commission on Friday found that former Gov. John Hickenlooper violated the state’s gift ban in two of six instances that were alleged and continued on from ethics complaints made by a former Republican House speaker in October 2018.

The five-member commission found that Hickenlooper, currently one of two Democrats vying for the U.S. Senate nomination to face Sen. Cory Gardner in November, violated the gift ban in Amendment 41 when he flew on a private plane and went to private dinners on a trip to Connecticut for the commissioning of the USS Colorado and when he accepted transportation, meals and other things during a trip to the Bilderberg meeting in Italy.

Former House Speaker Frank McNulty filed the complaint in October 2018 as the November election, in which Jared Polis would be elected the next governor of the state, approached.

Hickenlooper appeared at Friday’s meeting after he ducked a subpoena to appear at the hearing on Thursday and spent hours answering questions from his attorney, the attorney for the complainants, Suzanne Staiert, who is running for a Senate seat, and the five commissioners.

After both sides presented their cases and questioned Hickenlooper, the commissioners spent much of the afternoon discussing how the trips and the governor’s descriptions of them fit in with any exceptions allowed under Amendment 41, including whether any of the gifts were from close friends and on special occasion and whether they involved official state business.

IEC Chair Elizabeth Espinosa Krupa was the lone commissioner to vote that Hickenlooper did not violate the amendment when it came to his flight on a plane owned by homebuilding company MDC Holdings to the commissioning of the Navy submarine and extra private dinners he attended that some others invited on the trip did not, saying that it was a state function and should not be a violation.

But the other commissioners disagreed, saying they believe that the state should pay for costs associated with official state functions and there could be an appearance of impropriety

And the commissioners voted unanimously that the former governor had violated the gift ban under the amendment when he attended the Bilderberg meetings. Though he paid $1,500 to travel to Italy and to stay at a hotel, other costs, including transportation, meals, and tours, were paid for by Fiat Chrysler.

Hickenlooper and his counsel argued they were not aware that the company was paying for the rest of the expenses at the conference or that they were receiving gifts because he believed that the $1,500 covered everything.

Commission Vice Chair William J. Leone rejected that idea, saying that if “it’s a defense to say, ‘Gee, I didn’t know,’” and commissioners did not find a violation, that the commission would see a “substantial dilution” of Amendment 41.

Commissioner Selina Baschiera said that she felt that a decision in Hickenlooper’s favor on that matter would set a precedent that allowed political officials to feign interference afterward when the commission’s goal is to advise officials about ethical boundaries before decisions are made.

But the commissioners found that Hickenlooper did not violate state law in the other four instances – regarding a plane ride back to Colorado with a friend after a meeting and getting his wife out of the hospital, a plane ride back from Texas for officiating Kimbal Musk’s wedding, a trip from Washington D.C. to Jackson Hole, Wyo. On his chief of staff’s plane, nor another plane ride on his chief of staff’s plane from Washington D.C. to Centennial in which they discussed the transition plans.

Those four votes were unanimous aside from the one regarding the Musk wedding, which Commissioner Yeulin Willett voted was a violation, saying he didn’t believe that Hickenlooper and Musk were close enough friends to use the friendships and special occasions exception and that he worried that there would be an “uncomfortable creep” among politicians to “find more friendships and special occasions.”

The Hickenlooper campaign, which has said for months that the ethics complaints are politically-motivated, maintained that message after the hearing.

"The Republicans who launched these attacks pursued 97 allegations, and the Commission dismissed 95 -- a result that shows you they’ve been focused not on the facts but on political smears,” campaign spokesperson Melissa Miller said in a statement.

“Governor Hickenlooper spoke today about how he followed the guidelines in his travel to bring business to Colorado, which went from 40th in job creation to number one in the country while he was governor,” Miller added. “We fully expect the special interests who’ve exploited this process to continue to mislead Coloradans with negative attacks because they know John Hickenlooper will be an independent voice in the U.S. Senate."

The commissioners will meet next Friday at 1 p.m. to discuss sanctions for the two violations and for Hickenlooper’s being held in contempt on Thursday. The penalty for the violations can be up to twice the value of the gift under scrutiny, though commissioners said Friday that they would not be able to ascertain some of the values of the Bilderberg trip.

The commission will also have to consult with the attorney general’s office on fees for the time of the hearing and what, if any, sanctions Hickenlooper should face for not showing on Thursday. The state is also paying for Hickenlooper’s attorney.

McNulty responded to the hearing's resolution by email Friday night.

“In 2018 we identified multiple issues with John Hickenlooper’s penchant for jet setting on private corporate jets and international travel," he said. "Today, Colorado’s Independent Ethics Commission confirmed that John Hickenlooper, while Governor, accepted illegal gifts from US and foreign corporations. It’s now up to the commission to hold him accountable for his illegal activity.”

Andrew Romanoff, who is Hickenlooper's opponent in this month's primary, said that outrage from Republicans who brought the complaint was "hard to stomach" but said that the ethics commission still found violation.

"The Commission's message is clear—and Coloradans agree: no one is above the law," he said in a statement.