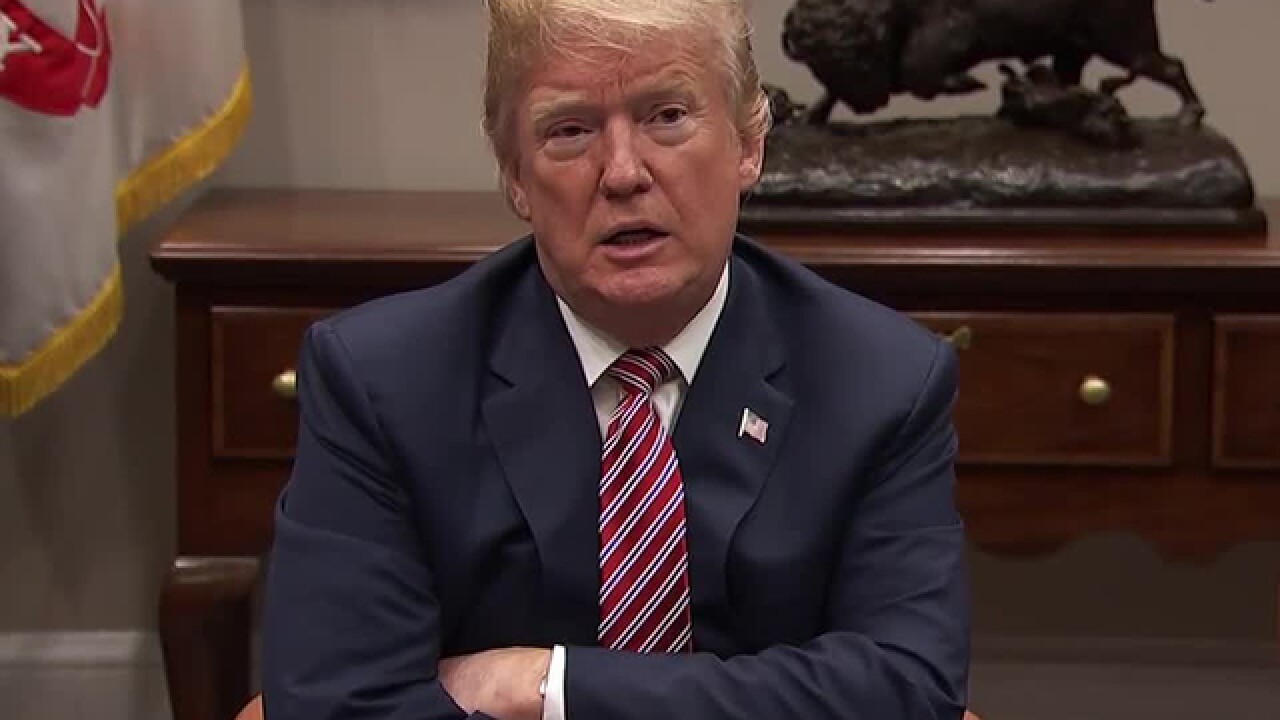 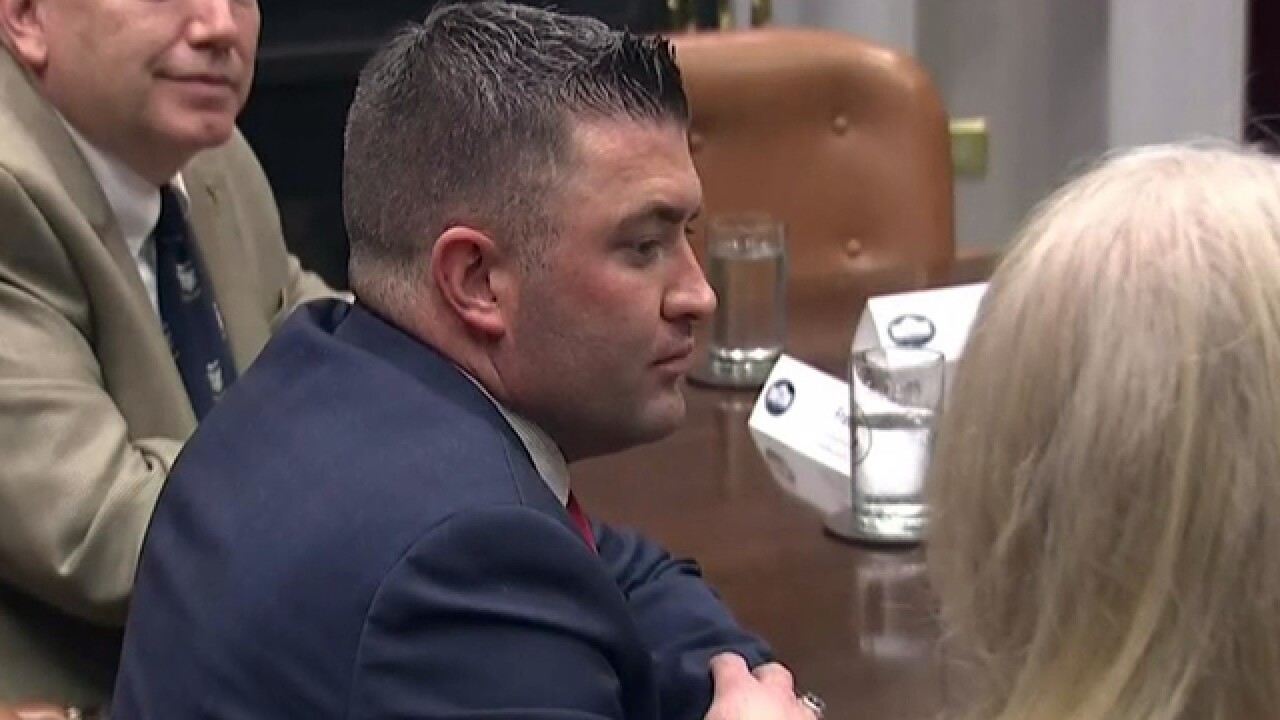 DENVER – The Colorado House’s top Republican met with President Trump and other officials from across the country Thursday to discuss school safety—a day after a House committee killed his gun bill and two others backed by Republicans.

House Minority Leader Patrick Neville, R-Castle Rock, was among 11 leaders from across the country that met with the president and Attorney General Jeff Sessions, Health and Human Services Secretary Alex Azar, Chief of Staff John Kelly and Education Secretary Betsy DeVos at the White House.

Among those joining the group were Parkland, Fla. Mayor Christine Huncschofsky and Florida Attorney General Pam Bondi, who have been at the center of the fallout from the school shooting at Marjory Stoneman Douglas High School last week that killed 17 people.

Neville, who was a sophomore at Columbine High School in April 1999 when two students killed 13 people at the high school, saw his bill that aimed to allow people with concealed carry permits to carry their weapons in schools with certain restrictions die on a partisan vote in the Colorado House State, Veterans and Military Affairs Committee.

“I am tired of just talking about solutions, my bill would have done something to actually protect kids and deter future violence,” Neville said in a statement after the vote. “Proposals to stop gun violence must be realistic to be effective, and it’s so disappointing to watch Democrats bow to their special interests groups and defeat viable options to help protect society.”

Two other gun-related bills were also killed in 6-3 votes, led by Democrats. One of the measures would have repealed the state’s 15-round capacity for ammunition magazines, while the other would have allowed employees of a business to use deadly force against intruders.

Among those testifying at the nine-hour committee hearing was Tom Sullivan, the father of one of the victims of the Aurora theater shooting.

At Thursday’s meeting at the White House, Neville suggested ideas similar to those killed in his bill Wednesday. “We have to find a way” to let “good people defend our students,” Neville said, according to pool reports.

Trump agreed with Neville and continued to elaborate on comments he made during a “listening session” at the White House that included victims and family of victims of U.S. school shootings.

“I happen to agree with you,” Trump told Neville. “We have to guard our schools, not soften them up.”

He suggested giving “a little bit of a bonus” to some teachers – “certain highly adept people, people who understand weaponry, guns,” the president said. He suggested that those teachers might get extra bonuses of 10, 20, and 40 percent.

“You can’t hire enough security guards….You need 100, 150 security guards….But you could have concealed on the teachers,” Trump said, according to pool reports. "We need offensive as well as defensive... If we don't have offensive measures within these schools, you're just kidding yourselves folks."

Trump suggested protecting schools like banks and “rigorous training” for teachers, saying that gun free zones like schools made it like “going in for the ice cream” for prospective school shooters. He also suggested that he'd give federal funding for "additional training" for the teachers.

“If you harden the sites you’re not going to have this problem…When you say this school is gun free...that’s what they want to hear,” Trump said. “Unless we have an offensive capability, it’s going to happen again and again.”

Trump suggested that people like Kelly, his chief of staff who he called a “tough cookie,” would be the kind of teacher he’d like to carry a gun.

Trump also suggested, as he did Wednesday, upping the age by which people can purchase long guns and said the National Rifle Association would support such a measure: “It should all be at 21…and the NRA will back it.”

"We're going to do strong background checks. We're going to work on getting the age up to 21 instead of 18,” Trump said. “We're getting rid of the bump stocks, and we're going to be focusing very strongly on mental health."

Back in Colorado, Sen. Michael Merrifield’s bump stock ban bill is back in committee Monday, where Republicans on the Senate State, Veterans and Military Affairs Committee could kill the measure as Democrats did with Wednesday’s Republican measures.