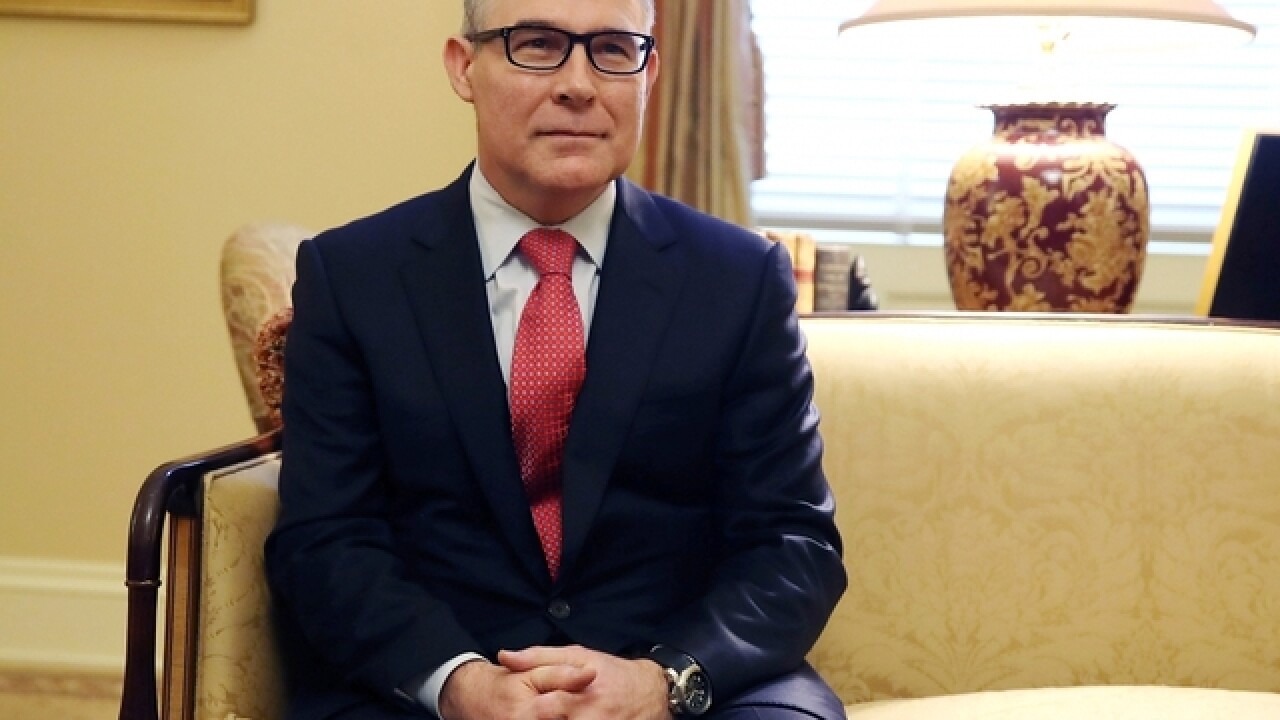 WASHINGTON – Colorado’s U.S. senators split their votes on the president’s nominee to lead the Environmental Protection Agency, Scott Pruitt, who was confirmed by the Senate in a 52-46 vote.

Pruitt, who has been Oklahoma's attorney general since he was elected in 2010, has faced scrutiny over his ties to the oil and gas industry and has filed 14 lawsuits against the EPA over water and air pollution regulations over his career.

Thursday, an Oklahoma judge ordered Pruitt to respond to a two-year-old request for public records detailing his communications with coal, oil and gas companies during his tenure as the state’s attorney general.

Pruitt has been ordered to respond to the request by the end of Monday, but was confirmed to lead the EPA Friday.

Sen. Michael Bennet, D-Colo., took to the Senate floor Thursday night to urge his fellow senators to vote against Pruitt’s confirmation over concerns that Pruitt believes there is still a “debate” over whether climate change was happening.

Pruitt told Sen. Bernie Sanders, I-Vt., during a January hearing that he believed his opinion of the facts behind climate change was “immaterial to the job” of EPA chief. But he also said that the measure by which humans may be changing the climate “is subject to continuing debate and dialogue.”

Ninety-seven percent of published scientific research has concluded that climate change is happening and is human-caused.

“If we surrender evidence to ideology when it comes to climate change, we abandon that process of scientific inquiry. We leave ourselves unequipped to defend what we discover to be true. For all these reasons and for the sake of our climate and good-paying American jobs, I am compelled to vote no on the President’s nominee to head the Environmental Protection Agency,” Bennet said to his colleagues.

“Climate change is an urgent threat to our health, our national security, and our economy,” he continued. “How we address it is what we need to debate. Not whether it is real.”

Colorado’s other senator, Republican Cory Gardner, said Friday that Pruitt has earned his trust. He voted to confirm Pruitt Friday.

Gardner's endorsement came amid a lengthy speech about the Gold King Mine spill in southwestern Colorado and the subsequent reaction from the EPA. Gardner blamed the Obama administration and EPA head Gina McCarthy for the spill and recent decision that it could not reimburse Colorado, New Mexico, Utah or Native American tribes affected by the spill.

“This past election, the voters said they wanted something different from the last eight years in Washington because what they experienced was not working for the people. Broken promise after broken promise. A year and a half ago the EPA caused the Gold King Mine spill and the past Administration refused to make it right for Colorado,” Gardner said.

“[Pruitt] assured me that he is going to make it right and that he is going to work with the people that EPA injured and those who experienced economic losses and make sure that they are fully compensated,” Gardner continued. “He agreed to come to Colorado shortly after his confirmation to make sure that the people of Colorado know that he will fulfill the promises that were failed under the Obama Administration.”

“Mr. Pruitt’s record raises serious questions about those interests he has served to date and whether he agrees with the longstanding tenets of U.S. environmental law,” the letter read, in part.