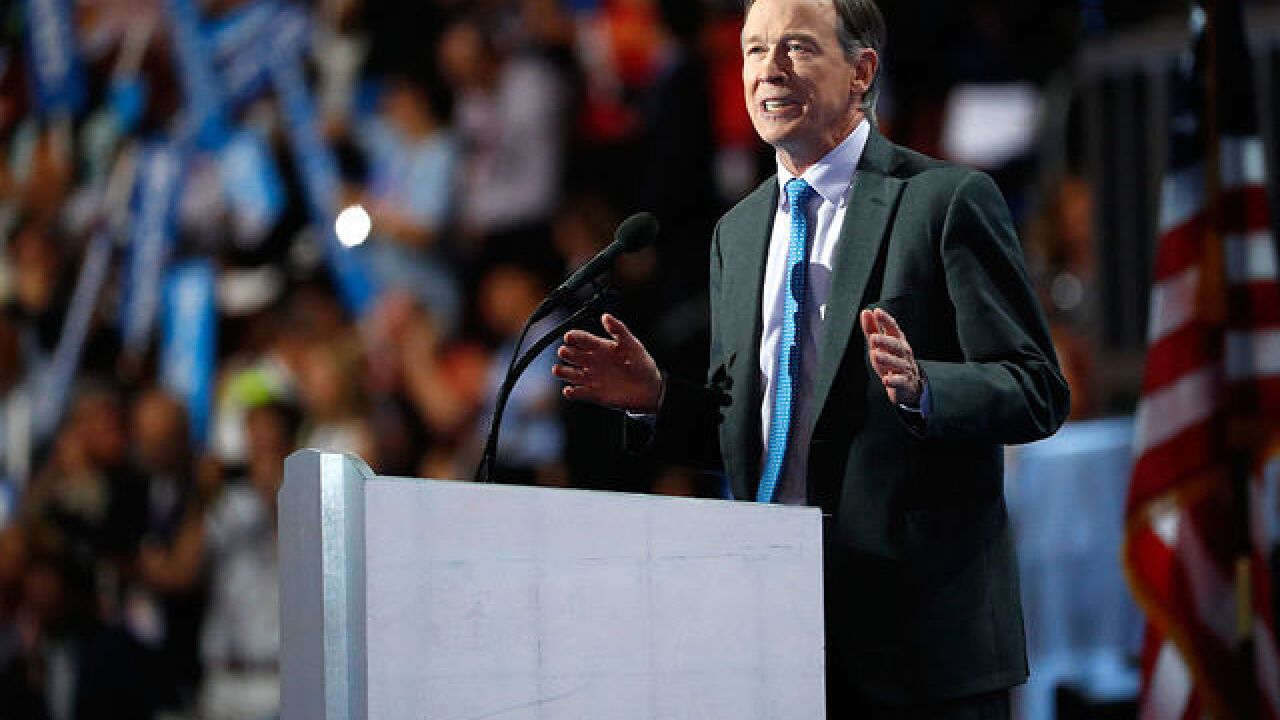 DENVER – Colorado Gov. John Hickenlooper on Wednesday urged the state’s congressional delegation not to support the Republican tax bill the Senate could vote on later this week, saying the bill, as is, would hurt Colorado’s economic progress.

“Congress should not pass on almost $1.5 trillion in additional debt to future generations, and hand out tax breaks to the wealthiest Americans who don’t need them—and in many cases, don’t even want them—at the expense of the middle class and the poor,” Hickenlooper said in a statement.

“We urge our congressional delegation to work across the aisle on behalf of all Coloradans for true tax reform. The partisan proposals before Congress will hurt our progress,” he continued.

Hickenlooper, like most Democrats, pointed to the massive deficit increase the Senate’s tax reform bill the Congressional Budget Office said would create over the next decade while taxes for more-wealthy people generally go down.

Democrats and Republicans have argued over different analyses that show varying effects of the reform package. Most nonpartisan analysis shows many families making under $75,000 a year will see tax increases of some sort over the next 10 years, though some conservative analysts have estimated a trickle-down effect would increase take-home wages for Coloradans by thousands of dollars each year.

Graduate students at some Colorado universities have been adamantly opposed to the bill, which could do away with tax deductions for graduate-level schooling.

Hickenlooper didn’t parse words in his analysis of the bill.

“Almost all economists agree: trickle down economics is a fairytale,” Hickenlooper said. “Last year the federal budget borrowed 20 percent of the dollars it spent; with unemployment already low, we have to ask ‘What are we getting for this extra debt?’ If you’re going to borrow $1.5 trillion, you should build something meaningful.”

Hickenlooper also pointed to one of the Senate bill’s main facets, the repeal of the individual mandate in the Affordable Care Act, as not being a good option to offset the corporate and business tax cuts.

“Losing the individual mandate would mean 13 million people lose health care coverage, increasing costs by up to 10 percent for everyone else and driving the burden on to the middle class,” he said.

The House of Representatives passed its version of tax reform earlier this month, with all of Colorado’s Republicans voting in favor of the measure, and all Democrats voting against it.

The Senate narrowly approved the motion to proceed to debate on the bill Wednesday afternoon on a party-line vote, which opens the debate and amendment process in accordance with reconciliation measures. A final vote on the measure would likely come Friday or Saturday, though details of the next steps were still being hammered out as of publication of this story.

“I look forward to the bill being debated on the Senate floor through an open amendment process, and I’m hopeful my colleagues from both sides of the aisle will work together,” Sen. Cory Gardner, R-Colo., said Tuesday in a written statement, though he did not say what specific bipartisan solutions could be reached.

Sen. Michael Bennet, D-Colo., who has been a staunch opponent of the bill in its current form, said Wednesday that a “basis for a deal” could be reached by improving the child tax credit and making the corporate tax rate “more competitive.” But he added in a Senate floor speech, “Borrowing money from [the] middle class to finance tax cuts on wealthy is not [the] basis for a deal.”

Senators are expected to try and hash out some of their differences and concerns over some measures, such as a “trigger” that could increase taxes or spending if certain goals aren’t met, once discussion and floor markups get underway.