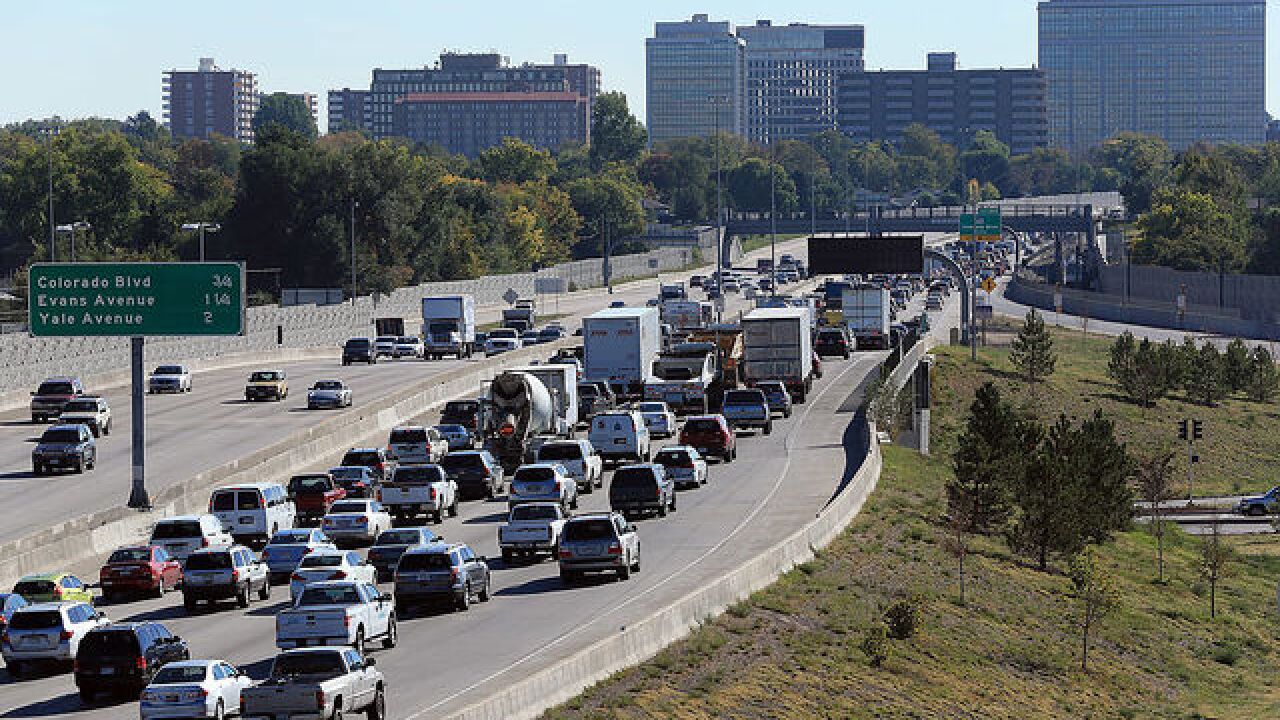 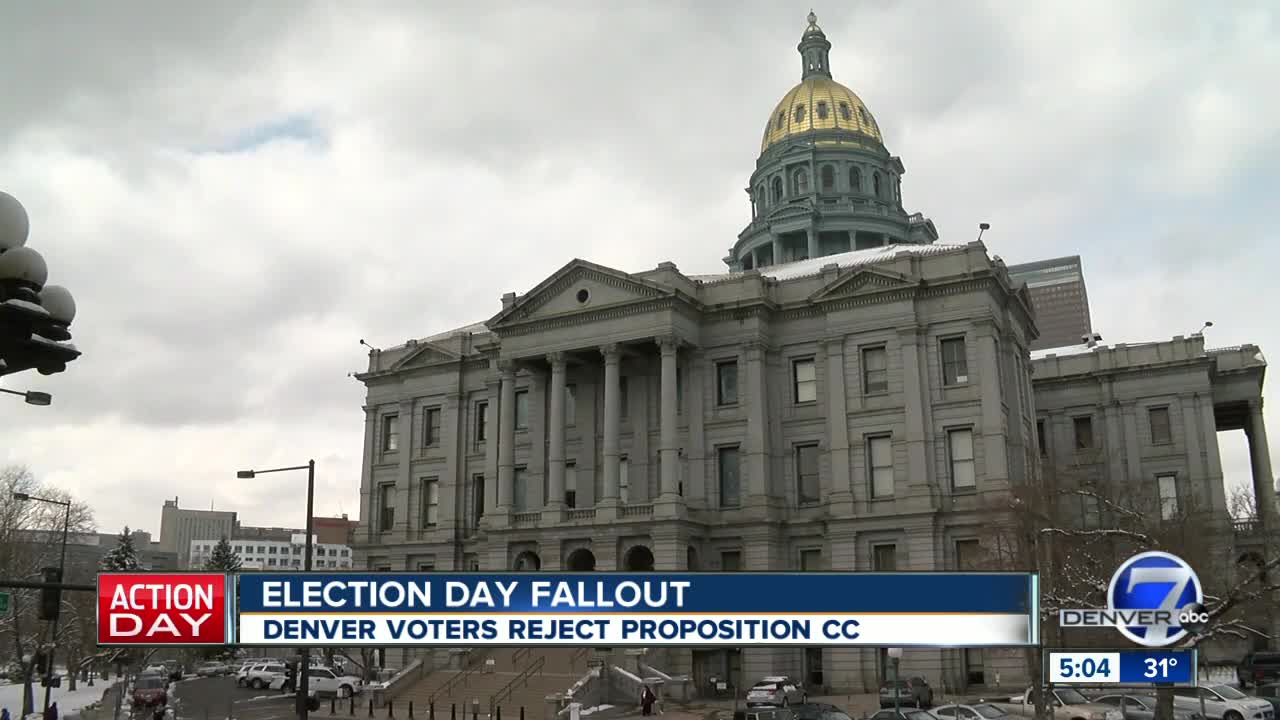 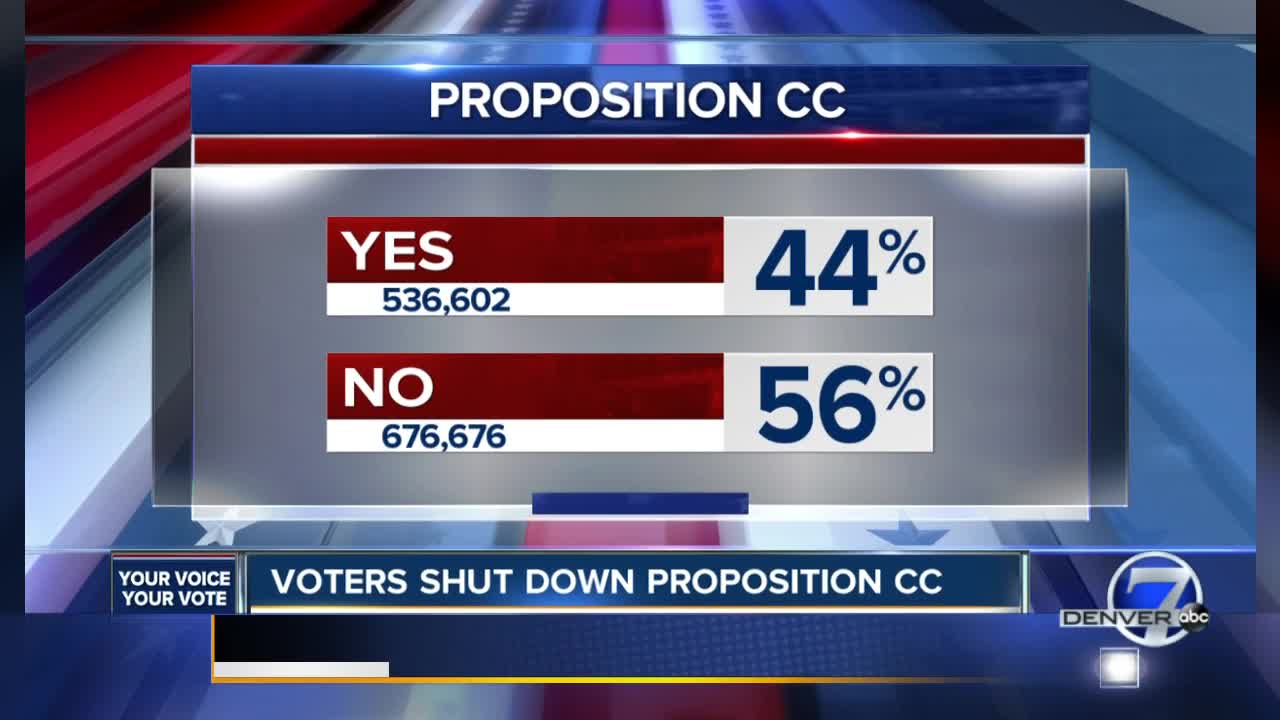 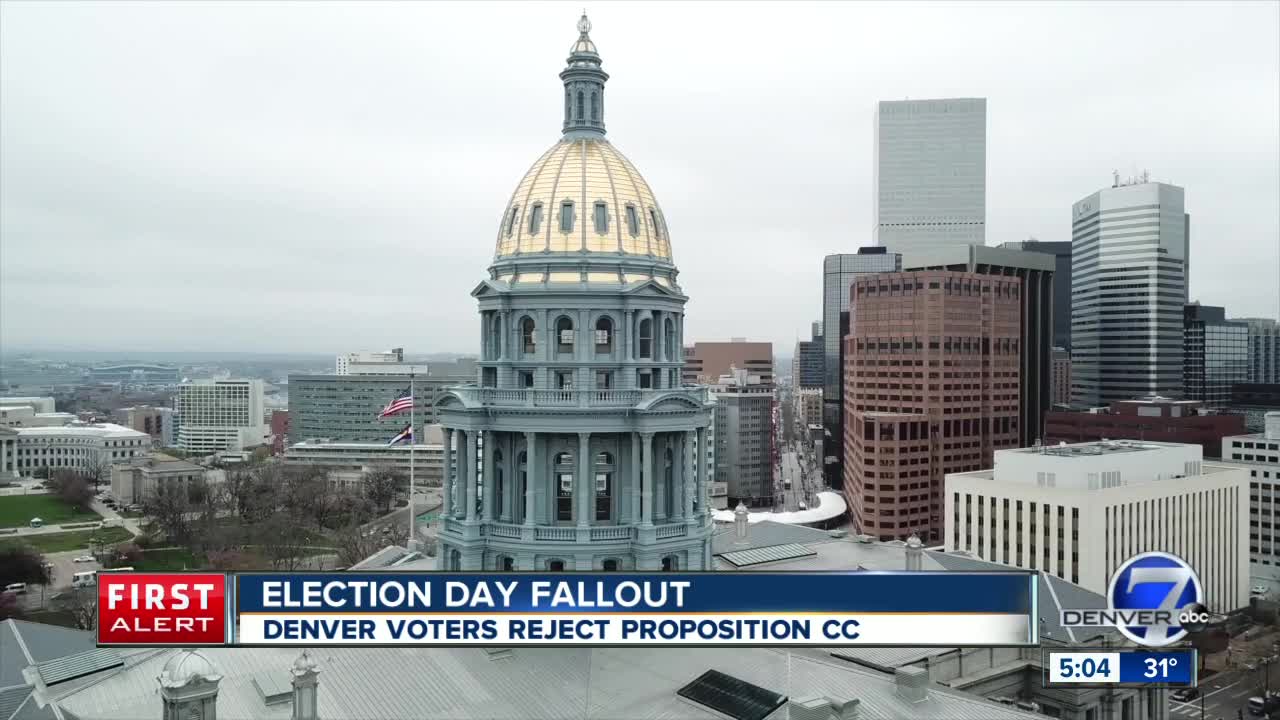 DENVER – Colorado voters shot down Proposition CC in Tuesday’s election, which would have allowed the state to keep excess TABOR revenues to put toward road infrastructure improvements as well as to education.

Voters opposed the measure 44%-56%. The Associated Press called the race around 8:45 p.m. Tuesday.

The proposition was the most hotly-contested measure in the lead-up to this year’s election, with proponents arguing that making the change to the state’s most controversial law would be among the only ways to quickly address the massive transportation and school improvement backlogs in the state and opponents balking at what they say is another money grab from Colorado progressives.

Under the Taxpayer Bill of Rights (TABOR) law in Colorado, the state guarantees refunds to taxpayers any time it brings in tax revenues above the state spending cap and has to ask voters in order to keep the refunds. Proposition CC would have allowed the state to keep those excess tax revenues and put them toward funding road and school projects. The money would have been split among K-12 schools, higher education and roads.

Proposition CC received outspoken support from Gov. Jared Polis and House Speaker KC Becker, D-Boulder, but conservatives across the state, including Americans for Prosperity, vehemently opposed the measure, calling it a tax hike despite it not being one and saying TABOR has protected taxpayers from government overreaches.

Forecasts showed estimated refunds for this fiscal year would be around $264 million and about $143 million in the 2020-21 fiscal year.

Those opposed to CC claimed an early victory around 8 p.m. Tuesday – before the race was formally called but as they led by 12 percentage points with more than 1 million ballots counted.

No on CC Coalition member and Independence Institute President Amy Oliver Cooke said it was a “great night” for Coloradans and maintained that the measure was a “forever tax increase.”

“This is a mandate to the Colorado State Legislature, that they damn well better start prioritizing roads and education without raising taxes,” she said in a statement. “From the outset to the end of our campaign, our team has emphasized that the money in question is taxpayers’ money that we don’t owe to the state of Colorado.”

“Colorado taxpayers were the clear winner in tonight’s defeat of Proposition CC. Governor Polis and the liberal State Legislature overreached once again but were unsuccessful in deceiving the voters of Colorado to fund their reckless spending spree,” said Colorado Republican Chairman, Congressman Ken Buck.

Lawmakers will now have to go back to the drawing table to try and determine how to fund the education and transportation backlog.

The Yes on Prop CC campaign posted a statement on Facebook conceding.

"Today's vote is a tough blow to Colorado's students, teachers, and communities. The issues of underfunded roads and schools remain, and a broad, bipartisan coalition couldn’t convince voters that the state should be able to invest with the taxes it already collects," the group wrote. "We hope that those who voted ‘no’ will work together with Prop CC supporters to help us find real solutions to these real challenges for all Coloradans.

Polis said the latest rejection by voters of money for transportation and roads — measures were also rejected in 2018 — showed him that lawmakers needed to do more with what they had.

“With the recent voter rejection of several different ways to fund our roads and reduce congestion including Proposition 109 which would have bonded with no new revenue, Proposition 110 which was a sales tax, and now Proposition CC which would have directed one third of the surplus to be used on roads and bridges, it’s clear that voters want elected officials to do more with their existing tools and legal authority,” Polis said. “I look forward to working with Republicans and Democrats to develop new and innovative approaches to respond to the need to reduce traffic and congestion.”

According to the Denver Post, Becker conceded in a speech: "More Coloradans know today that Colorado is at the bottom of the barrel in our support for K-12, higher ed and transportation. And if this is not the solution, we're going to keep working on solutions," she said. "This was an important first step."

“With Prop CC, we started a conversation about how we can invest in our state’s future and ensure that every Coloradan can share in the economic growth and expansion we are experiencing. We may have lost this battle, but the issues of underfunded roads and schools remain with no easy solution in sight,” she said. “House Democrats are committed to finding a bipartisan path forward to make the investments in our schools that our students deserve and to protect our Colorado values and way of life. I hope that those who opposed Prop CC will work with us to find real solutions to these basic challenges for the better of all Colorado.”

“Prop. CC would have been just one step forward, but not a solution to delivering the schools our students deserve. After decades of disinvestment, TABOR continues to strangle our public services. Coloradans want to see bold, structural changes in tax and budget policy that benefit everyone, not just the wealthy few,” said Colorado Education Association President Amie Baca-Oehlert. “Our schools have lost more than $8 billion since the Great Recession. Students today sit in class sizes way too large, without adequate mental health supports, and their teachers work two or three jobs to make ends meet. Prop. CC passage would not have changed the reality that Colorado still funds each and every one of our students $2,700 less than the national average. We can’t expect every student to thrive when the power of our immense state wealth doesn’t show up in our classrooms."

The Bell Policy Center, which was a staunch proponent of Proposition CC, said the measure’s defeat would bring bolder action regarding TABOR.

"Despite tonight’s loss, our needs — better schools, safer roads, stronger family supports — aren’t going away," said Bell Policy Center President Scott Wasserman. “We learned a lot from this campaign, and it’s clear those who are paid to protect TABOR over the needs of Coloradans will misrepresent whatever we put on the ballot. Whatever we do next must be bold enough to drown out the alarmists. That work begins today."

Voters in most of the metro area counties opposed the measure – overwhelmingly in some of the most-populous counties. Denver, Boulder and Broomfield were the only counties in the metro area where it received overall support. But as of 8:30 p.m., it was trailing by more than nine percentage points – sometimes double that – in Arapahoe, Adams, Douglas, Jefferson and Weld counties.

It trailed by 3% in Larimer County and by 24% in El Paso County.