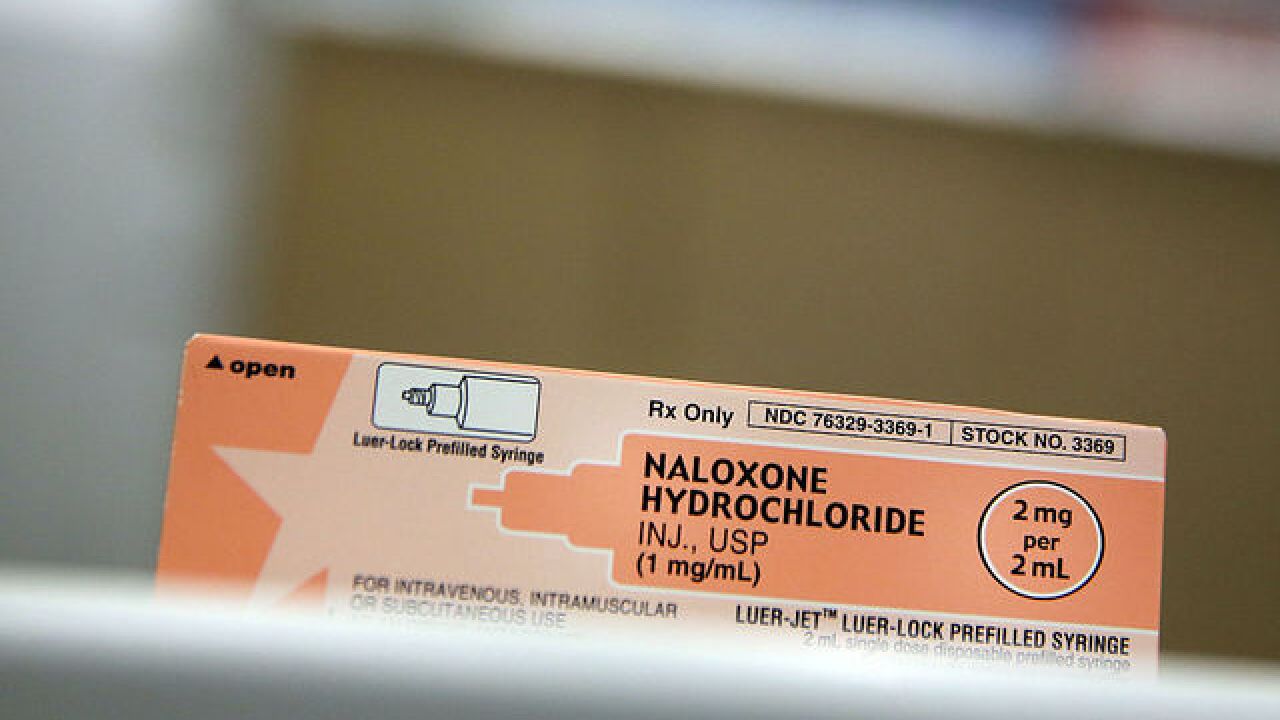 2016 Getty Images
Spencer Platt
<p>NEW YORK, NY - FEBRUARY 02: A box of the overdose antidote Naloxone Hydrochloride sits on a counter at a Walgreens store on February 2, 2016 in New York City. Hundreds of Duane Reade and Walgreen Co. pharmacies will begin giving out the heroin antidote without a prescription across New York state as the heroin epidemic continues to spread. Naloxone, more commonly known by the brand name Narcan, can temporarily block the effects of heroin, OxyContin and other painkillers. It is estimated that one person dies every day in New York from a drug overdose. (Photo by Spencer Platt/Getty Images)</p>

UPDATE: The governor signed this bill into law on Wednesday, a day after this story was originally published.

DENVER – Colorado is set to use a half-million dollars of its marijuana sales money each year for at least the next two years to implement an opioid addiction treatment program for two of the state’s counties hit hardest by the surging opioid crisis.

Senate Bill 74 still awaits Gov. John Hickenlooper's signature, but if approved, it would send the $500,000 each year to the University of Colorado Board of Regents for it to give to the CU-Anschutz College of Nursing to implement the pilot program.

Since the program will help treat people with substance abuse disorders, the state is allowed to use marijuana sales money for the program.

The program will train nurse practitioners and physician assistants in Pueblo and Routt counties on how to prescribe medication and treatments for people in the midst of opioid addiction.

It will also send support to local agencies in both counties to provide behavioral health therapy, along with the medical treatment, to opioid addicts in the county.

The Legislature was able to use an Obama-era act, the Comprehensive Addiction and Recovery Act of 2016, to implement the program.

It also notes that though southeastern Colorado accounts for just 6 percent of the state population, it saw 18 percent of hospital admissions for heroin treatment.

Narcan or similar opioid-overdose reversal drugs were used to halt 140 overdoses in Pueblo in 2015, and drug overdoses in northern Colorado's Routt County went up by nearly 600 percent from 2014 to 2016.

Both counties currently have a combined four doctors who are able to provide treatment with medication to opioid addicts.

But with the money, the CU College of Nursing will be tasked with creating an advisory board to help write the guidelines for the pilot program, choose who will receive the grants, and oversee the program once it’s in place.

Sitting on the board will be at least one medical or public health professional from both Routt and Pueblo counties, as well as representatives from the College of Nursing and other state medical organizations.

Then, by the end of each June for the next two years, the College of Nursing will have to submit a report to the state House and Senate’s health committees and to the governor.

Any money not doled out in the first fiscal year (FY2017-18) will be allowed to be carried over for the fund for the FY2018-19 pilot program. The nursing school will also be able to accept and expend gifts and donations meant specifically to help the pilot program.

The bill directs that the College of Nursing start implementing the program “as soon as possible,” but before the end of January 2018 at the latest. The governor has yet to hint as to whether he'll sign the bill.