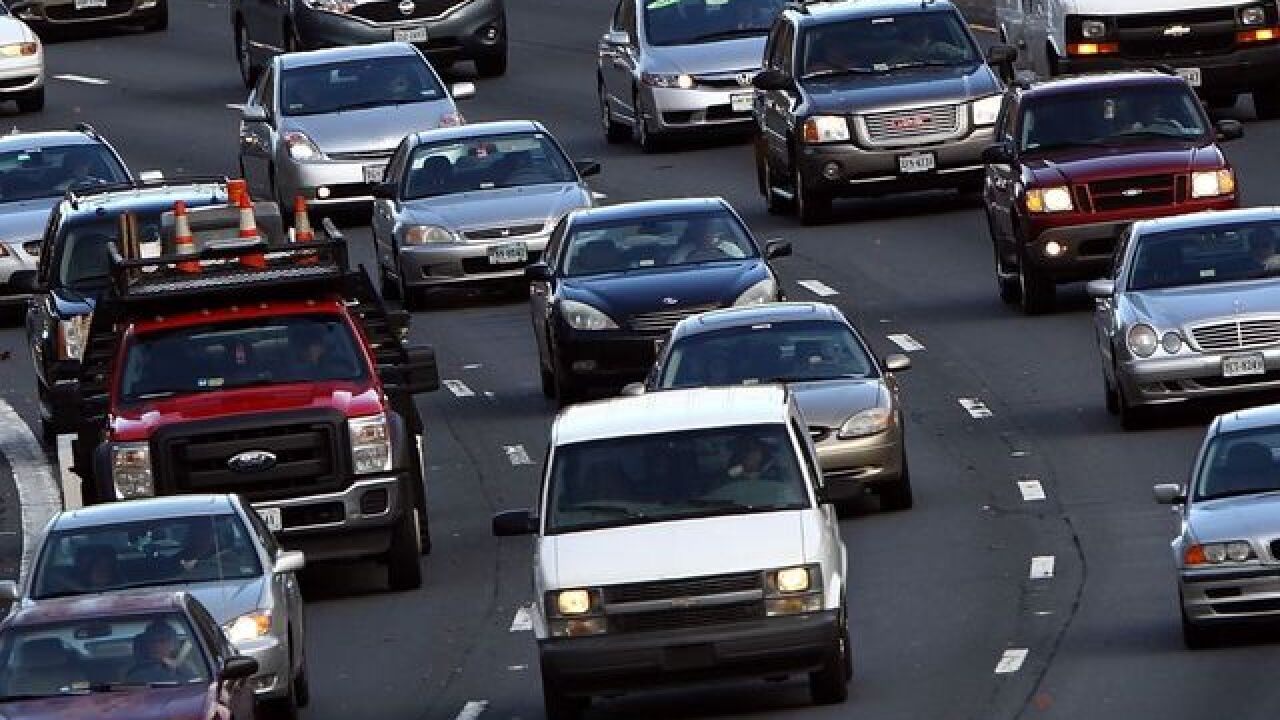 DENVER – The Colorado General Assembly’s massive transportation bill got a re-write Thursday from House Democrats, and passed the House Finance Committee Friday, with the 2018 session set to end on Wednesday.

But the amended language of the Senate Bill 1 roiled Republicans who control the Senate, as their amended version of the bill passed the Senate unanimously on March 28.

The House-amended version goes back the way of a bonding package, but the amounts committed in the Democrats’ version is less than the Senate version.

Under the amended version, if the bill passes and a proposed ballot question to raise the sales tax for extra transportation money fails in November, then Colorado voters would be asked to allow the state to sell off the bonds.

The House-amended version appropriates $495 million from the general fund lawmakers already aside for the state budget for 2018-19, but would use 60 percent of that money for state highways, 25 percent for local road projects, and another 15 percent used for transit – which counties and municipalities would be required to match, in most cases.

The Democrats’ measure also commits another $150 million in general fund money to the budget for 2019-20 in those same splits.

And the bond package, according to Democrats, would lead to $3.35 billion for transportation over 20 years. $350 million would be set aside in the case of a general fund shortfall in the future. But 70 percent would be allocated from state highway projects, 15 percent would be split between counties and municipalities, and 15 percent would go to transit.

Republicans in the House and Senate have reservations, however, saying that once the local spending is allotted, not enough will be left for state highways – a point of focus for most of Colorado’s lawmakers.

“House Dems have never rejected bonding as a part of transportation solution for Colorado,” House Dems tweeted Thursday. “But, diving too deep into the bond market would commit us to debt repayments for years to come that our state could not afford.”

Sen. Beth Martinez Humenik, R-Thornton, said earlier this week that Winter and House Speaker Crisanta Duran had held the Senate-passed version “hostage” and new proposals “unworkable.” But that was said amid talks of another proposal that would have taken out the bonding issue altogether.

After this story was first published, Senate Republicans tweeted their reasoning for being skeptical of the House-amended bill.

"The House bill puts just $112M in new gross gen-fund money toward roads, once the funding diversions and convoluted formulas come into play. that's just 1.1% of the $10.6B gen-fund budget for FY18-19, as a point of comparison," the Senate GOP tweeted.

There are already hundreds of millions of dollars allocated to transportation for the 2018-19 budget from last year's transportation bill, and the bonds would be expected to come in addition to that money. But there is a close-to $9 billion backlog of road projects on the Colorado Department of Transportation’s list, and neither of the proposals is expected to fully pay down that figure entirely.

The amended measure passed the House Finance Committee Friday in an 11-2 vote and heads next to the House Appropriations Committee. The bill still has to pass the full House, then go back to the Republican-held Senate or to conference committee for concurrence with the House amendments – another hurdle that could prove difficult for House Democrats to clear.

The session ends May 9.