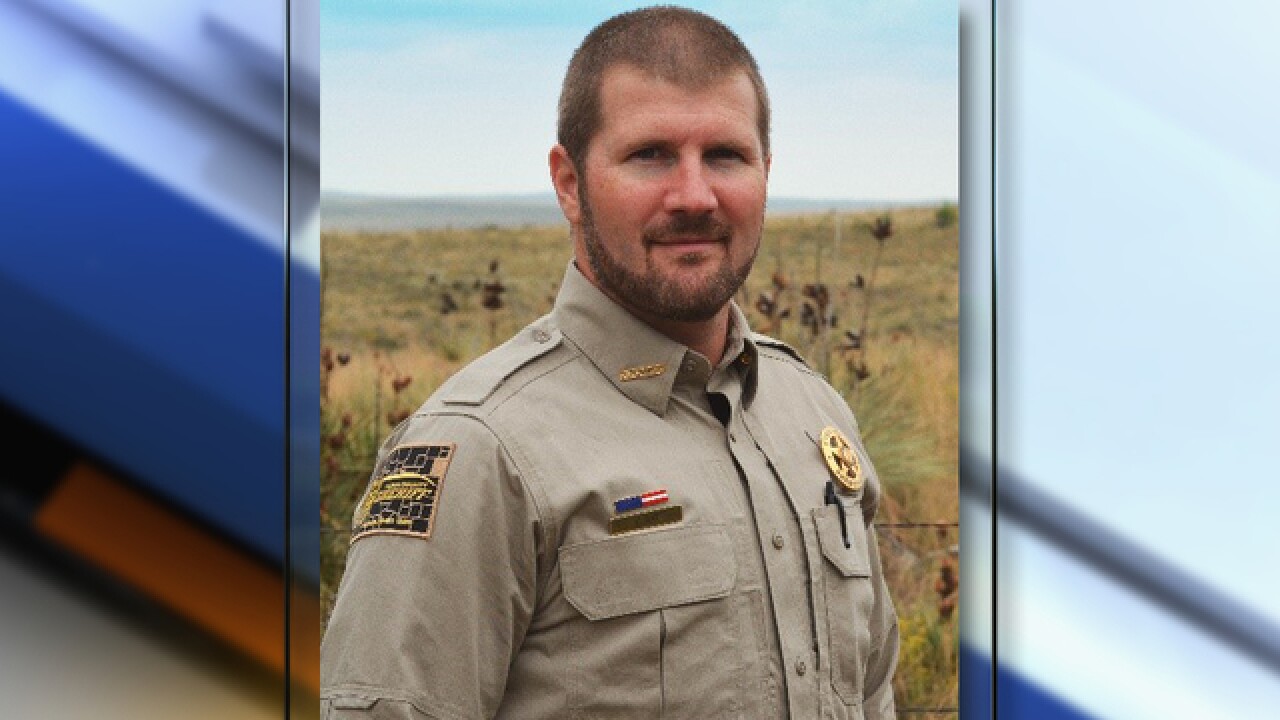 DENVER – The Yuma County sheriff denies he had a quid pro quo arrangement with Robert Mercer, the billionaire who backed Cambridge Analytica and Breitbart News, that resulted in a new truck for the sheriff.

Bloomberg News reported Monday that Mercer and Yuma County Sheriff Chad Day had an arrangement that allowed Mercer, who is 71 years old, to be a volunteer with the sheriff’s office, and that that agreement led to Day receiving a new truck from a private law enforcement organization.

“My first reaction is this Bloomberg journalist is a good writer, but he writes fantasy,” Sheriff Day told Denver7 in an interview Monday afternoon.

The story published in Bloomberg, titled "Cambridge Analytica founder Robert Mercer got a new badge. Yuma County’s sheriff got a new Dodge Ram." was written primarily by Zachary Mider, whom Day was referring to in his statement.

Mider has reported in recent months that Mercer, who until recently was CEO of New York hedge fund Renaissance Technologies LLC, had been a volunteer police officer in a small New Mexico town and that the arrangement allowed Mercer to carry a concealed weapon in any U.S. state under the Law Enforcement Officers Safety Act (LEOSA).

“From time to time, he serves in certain roles as designated by the sheriff,” Lees said, as reported by Bloomberg. Mider also reported that Day said some volunteers were "directly involved in confidential undercover operations that involve direct ties and associations with the Mexican Cartel," though he did not say that Mercer was directly involved in those operations.

Day further told Denver7 that volunteer deputies can be involved with any host of operations, including search-and-rescue and, possibly, criminal operations depending on staffing levels and the volunteer's experience and qualifications.

Bloomberg additionally reported that two men, George Wells and Peter Pukish, were also volunteer officers in New Mexico and volunteer deputies in Yuma County, and hinted that an organization for which the two were board members – the Law Enforcement Education Foundation – was involved in the alleged quid pro quo agreement.

In a February 2016 meeting , Day told the commission that a Rocky Mountain Gun Owners employee had “put him in touch” with the LEEF, which the minutes note is “sponsored by Robert Mercer.”

“Day shared that the foundation has interest in funding a new pickup for the Sheriff’s Posse to be used by Sheriff Day,” the minutes state.

The group of volunteer deputies in Yuma County is referred to as the “sheriff’s posse,” according to the meeting minutes and conversations with Day.

In an April 2016 meeting , the minutes note: “Day mentioned that the Sheriff’s Office is still in line for a donated vehicle that would be used by the Sheriff.”

And four months later, in an Aug. 15, 2016 commission meeting , the minutes show that the LEEF had already donated the truck.

And further, the sheriff’s 2017 budget proposal notes show that the sheriff’s office considered the LEEF grants a “new funding source” that “just this year replaced the Sheriff’s vehicle including upfit with a very nice Dodge Ram 1500 Limited valued at $64,428.”

The budget note  also says that “the sheriff’s vehicle has needed to be replaced for 3 years now and would not have been replaced with something so nice, but still would have required approximately $40,000 of county expenditure.”

The budget proposal refers to the grants as “LEEP grants,” but notes that the grant for the sheriff’s office’s truck helped mitigate $64,428 in expenses.

The Bloomberg story also hints at donations for Tasers made by LEEF to the sheriff’s office being tied to Day’s decisions.

In an interview Monday, Day didn’t deny using the LEEF grants or having a volunteer program like the “sheriff’s posse.” But on multiple occasions, he declined to say who worked as volunteers, though he also denied having any sort of tit-for-tat arrangement with Mercer or LEEF.

“To be clear, there certainly is no quid pro quo arrangement,” Day told Denver7.

He said a friend of his told him about the LEEF grants, and that he’d applied and been awarded several of the projects he’d applied for. An archived LEEF website notes that its mission is to "help law enforcement officers and agencies in training, equipment, matching funds and family line-of-duty funds grant."

“They certainly weren’t some sort of trade for volunteer work,” Day said. “[The writer’s] assertion was that I was granting [LEOSA] status in exchange for those things…that’s not true.”

Day also claimed that Bloomberg had misinterpreted some of what his attorney, Lees, had said about Mercer’s connections in Yuma County, and said that the Bloomberg writer “made that connection on his own.”

Lees did not respond to a phone message left Monday requesting further clarification regarding the statements attributed to him by Bloomberg.

Still, Day told Denver7 he indeed had a volunteer program and said it included people from outside Colorado – despite his denials that he would name names.

“I don’t have any issue with allowing people from other states – if they’re willing and have means and skills – to be willing to come help me out for particular cases or particular areas,” he said. “Regardless of where volunteers live, and regardless of how they want to volunteer, I’m the sheriff of a fairly small agency in a rural part of this state, and I don’t have enough staff to do all the things that statute requires of a sheriff.”

Day pointed to two reasons for not naming the “posse” of volunteers. First, he said, some of them want to be anonymous.

“They want to serve and they don’t necessarily want any recognition for it. And so I choose to respect that,” Day said.

“There are some people who work for me who actually work in an undercover capacity,” Day said. “And so again, tactically and for personal safety reasons, it’s just not wise to reveal their identities.”

A spokesperson at Renaissance Technologies, where Mercer is still employed, declined to comment Monday. An email to Mercer requesting comment was not returned. Requests for comment made to the LEEF also went unreturned Monday.

Mercer financially backed Cambridge Analytica, which Denver7 has reported in recent weeks had a role in Colorado's 2014 election, and which was used to help Republicans eventually retake the state Senate. Yuma is also home to Colorado's Republican U.S. Senator, Cory Gardner, whose spokesman said he didn't know anything about the story aside from what he'd read in Bloomberg.

But Day was adamant that even if Mercer is one of the volunteers – which he would not confirm – it wouldn’t mean special treatment.

“I personally have a liability for doing that and any action that’s taken as a result of [granting a volunteer allowances to carry a weapon],” Day told Denver7. “So it’s certainly not something I take lightly and absolutely not something I’m interested in selling.”

A Bloomberg News spokesperson sent a statement in response to Day's claims.

"We stand by our reporting," the spokesperson said.

The Yuma County Sheriff's Office has 24 employees, according to its website.  The eastern Colorado county has a population of about 10,000.