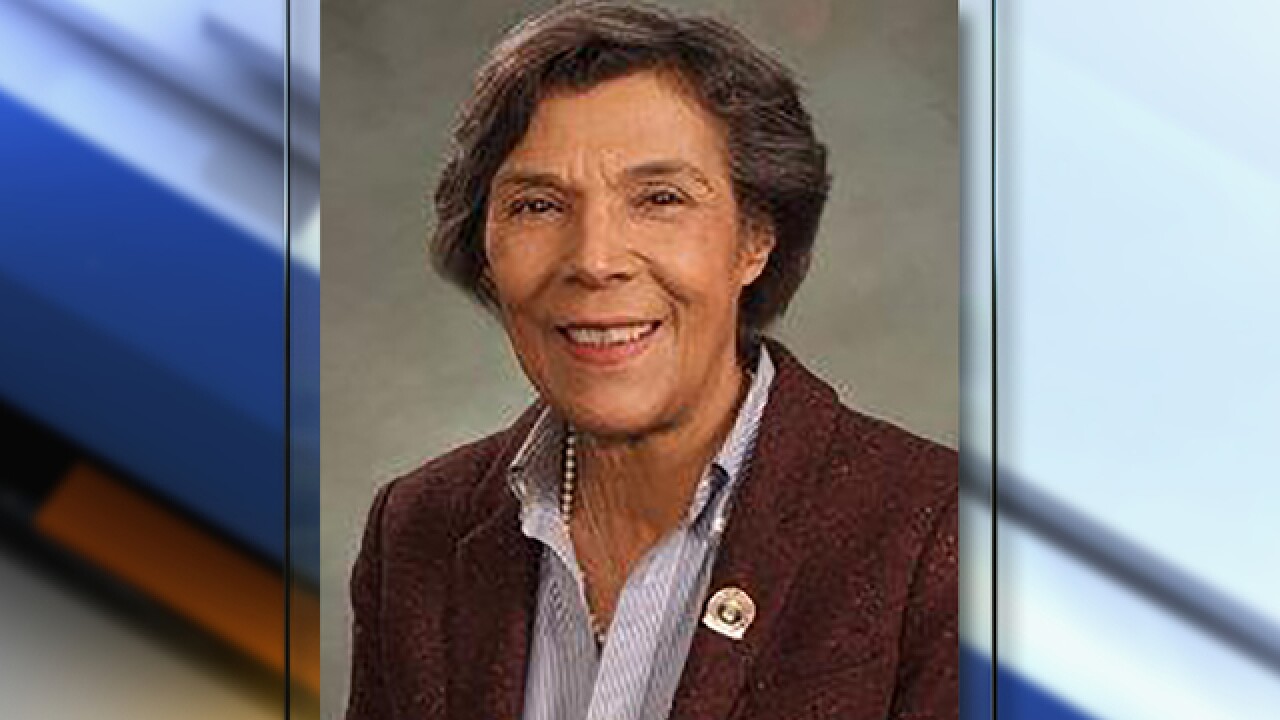 Sen. Lucia Guzman of Denver has struggled this Legislative session with Senate Republican leaders over the handling of sexual misconduct allegations against three Republican lawmakers.

Her caucus has demanded floor debate on sanctions against Republican Sen. Randy Baumgardner, who stepped down as chair of the chamber's transportation committee after an independent investigator found that claims he harassed a former legislative aide were credible.

Baumgardner denies wrongdoing, and Senate President Kevin Grantham has refused to allow debate. Grantham described some of the anonymous accusations against senators as tantamount to "assault," and he has urged prosecutors to investigate harassment complaints at the Capitol.

Sen. Larry Crowder was accused by Democratic Rep. Susan Lontine of sexual harassment. He denied wrongdoing. And KUNC-FM has reported that a third harassment investigation against another senator is continuing.

The Legislature's workplace harassment policy calls, in most cases, for lawmakers handling complaints to keep them confidential.

Grantham refused to speak Thursday about the Kagan complaint, noting it's being investigated. But he did say he was disappointed that Guzman had withdrawn from the Baumgardner investigation earlier this session. She said at that time she was doing so in protest.

"I would note that the leadership on our side didn't withdraw ourselves from the process in the midst of accusations against our senators," Grantham said.

He also pledged to work with Democrats to produce a new workplace harassment policy for the Legislature before the session ends May 9. An outside consultant is to recommend changes to existing policy in coming weeks.

The term-limited Guzman was replaced Thursday by Sen. Leroy Garcia of Pueblo. Guzman will serve out her final term as assistant minority leader, and she said she would use that time to fight workplace harassment.

Kagan on Friday cited explicit language in Colorado's criminal code on sexual harassment to argue that the level of alleged misconduct being addressed in the Senate didn't rise to that required for referring complaints to prosecutors.

Kagan insisted the restroom was unmarked and that, as a freshman in the Senate, he made an honest mistake. He, Guzman and other Democrats contended the GOP was trying to deflect attention from their demands for debate.

"To see my colleague have to go through that, through something that is based on lies, makes it impossible for me to meet the leadership of the Republican caucus eye-to-eye," Guzman said.

Democrats introduced a resolution calling for debate on possible expulsion of Baumgardner after Rep. Steve Lebsock, a Democrat, was expelled March 9 in the Democrat-led House over misconduct allegations.