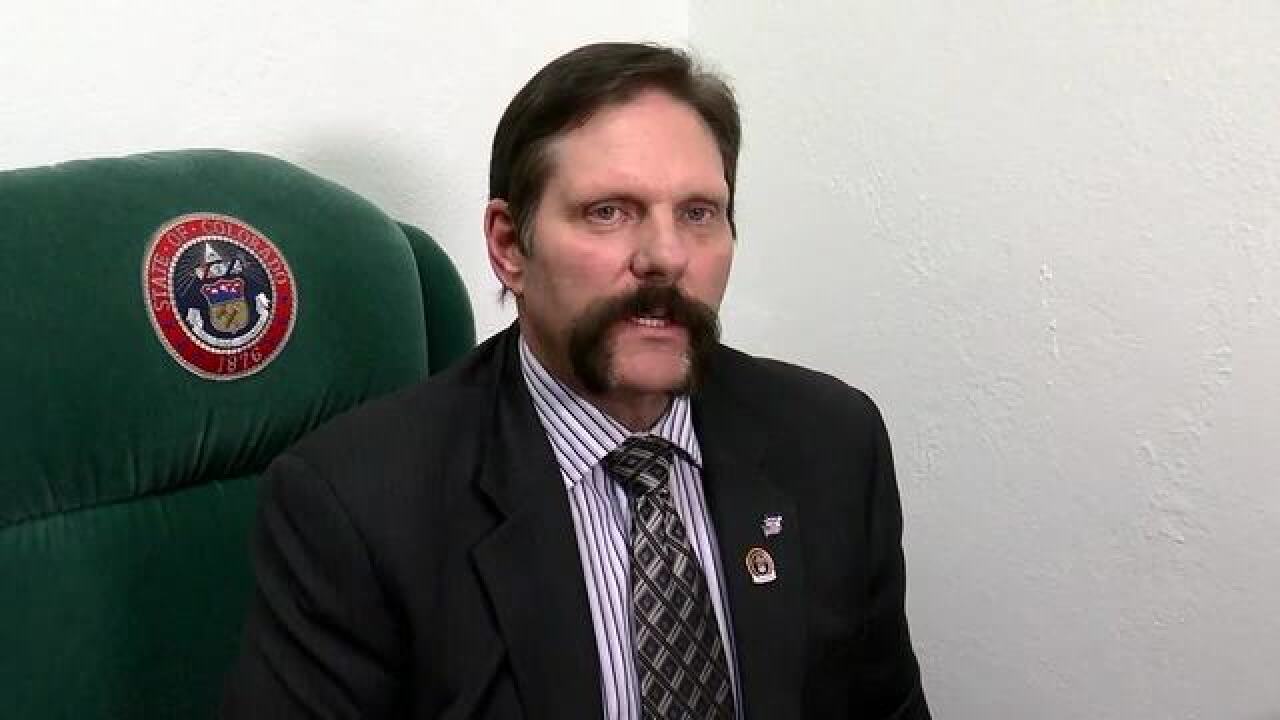 DENVER – Senate Democrats on Wednesday unveiled their expulsion resolution aimed at removing Sen. Randy Baumgardner from office, though it will be up to the Republican Senate President as to when the measure is introduced.

Baumgardner, a Hot Sulphur Springs Republican, stepped down from his chairmanship of the Senate Transportation Committee Tuesday after a formal sexual harassment complaint made against him by a former legislative aide was found to be credible by outside investigators, and another complaint was set to be filed against him.

The aide had accused Baumgardner in the formal complaint of grabbing and slapping her buttocks on four different occasions during the 2016 session. The outside investigators, the Employer’s Council, found Baumgardner “more likely than not” committed the behavior, and allegedly found he made other unwanted comments.

Baumgardner said he and Senate President Kevin Grantham had agreed that Baumgardner should step down from his seat and take sensitivity training, but a letter from Grantham and Majority Leader Chris Holbert said they were “concerned by the inaccuracies, bias, conflicts of interest, and inconsistencies” they said they saw in the outside investigation report.

Baumgardner echoed similar sentiments, and continued to deny the allegations despite the outside investigation’s report.

“I want to stress something at this point: That the allegations made against me are not true. Despite the findings of the investigation, I find it to be flawed, inaccurate, incomplete and biased,” Baumgardner said.

That incensed Senate Democrats, who had already called for him to be stripped of his committee chairmanships and to resign from office. They said they would introduce a resolution to force his expulsion from the Senate, which they unveiled Wednesday morning.

The resolution says that since Baumgardner “failed to acknowledge and wrongdoing or accept responsibility,” he should face expulsions because he “has failed to uphold the honor and dignity of the Senate,” according to the resolution.

But the resolution will have to be officially introduced by Grantham. The last day a resolution can be read across his desk is April 12, so he could put off the resolution’s official introduction to then, if he brings it up at all.

The resolution would then either be introduced to a committee or sent directly to the Senate floor. A two-thirds vote of 24 senators would have to approve the resolution in order to expel Baumgardner.

Senate Minority Leader Lucia Guzman is leading the Democratic efforts . She said that the “slight” demotion from one of Baumgardner’s committees was “an inadequate response” to his actions.

"Baselessly undermining an independent investigation because it doesn't tell you what you want to hear calls the integrity of the Senate into question and sends a horrible message to other victims considering coming forward,” she said.