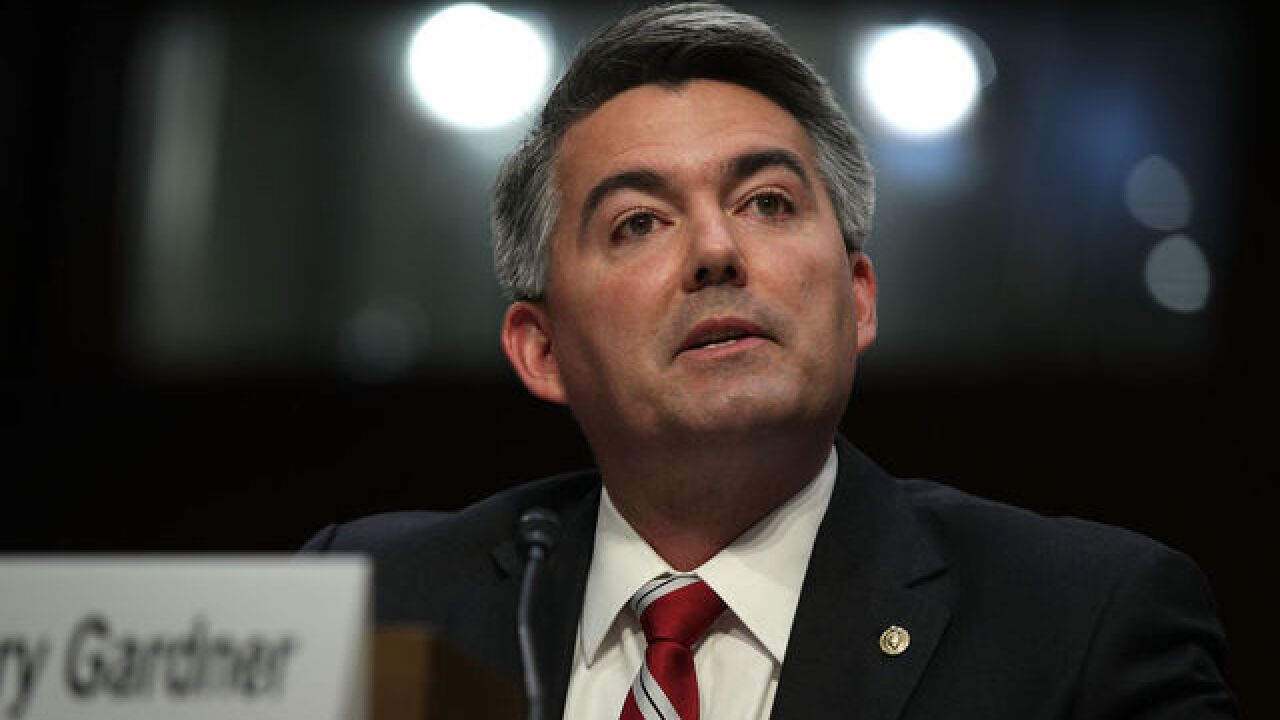 DENVER – U.S. Sen. Cory Gardner, R-Colo., on Monday introduced an amendment to the criminal justice reform bill being debated in Congress that would implement some of the states’ rights marijuana changes he sought in a measure introduced earlier this year alongside Sen. Elizabeth Warren, D-Mass.

Senate leadership has yet to adopt Gardner’s amendment to the bipartisan criminal justice reform measure, the First Step Act, which Senate Majority Leader Mitch McConnell, R-Ky., said Monday the Senate would vote on later this week.

Gardner’s amendment mirrors the language of the STATES Act that Gardner introduced with Warren in June. It would amend the federal Controlled Substances Act so states, Washington D.C., territories and tribes are protected from federal law enforcement if their marijuana rules and actions are in line with their state or tribal laws.

But some provisions of the CSA relating to endangering human life or people under age 18 working at a legal marijuana business would stay in place. The measure also keeps intact prohibitions against selling marijuana at federal transportation facilities and to people under age 21 unless it is for medical purposes.

Gardner’s amendment is his latest attempt this year to shore up protections for legal marijuana programs in Colorado and across the country. He spoke with President Trump on multiple occasions earlier this year and said Trump had reassured him Colorado’s programs were safe.

McConnell allowed for the legalization of industrial hemp in the latest iteration of the Farm Bill, which passed Congress last week. But legal marijuana programs have not been addressed this year after former Attorney General Jeff Sessions rescinded the Cole Memo in January.

Gardner said in a statement he could “think of no better legislation to attach the STATES Act to than the First Step Act.” The First Step Act is a sweeping criminal justice reform measure that lawmakers from both sides of the aisle have gradually agreed to support over the past few weeks.

A version of the bill passed the House earlier this year but has undergone drastic changes in the Senate to allow for the easing of more federal prison sentences, among other things.

“While we are debating criminal justice reform, we need to address the threat of prosecution by the federal government for people in Colorado that are operating legal businesses under state law,” Gardner said in a statement, noting that 47 states now have one or more legalized form of marijuana.

“Recent polls show around 65 percent of the country support legalization and 93 percent support medical marijuana,” Gardner added. “The people are speaking. The states are leading. It’s time for Congress to act to protect states’ rights. I call on my colleagues on both sides of the aisle to take up and pass this important amendment today.”