Williams dropped from suit; $1 in damages at stake 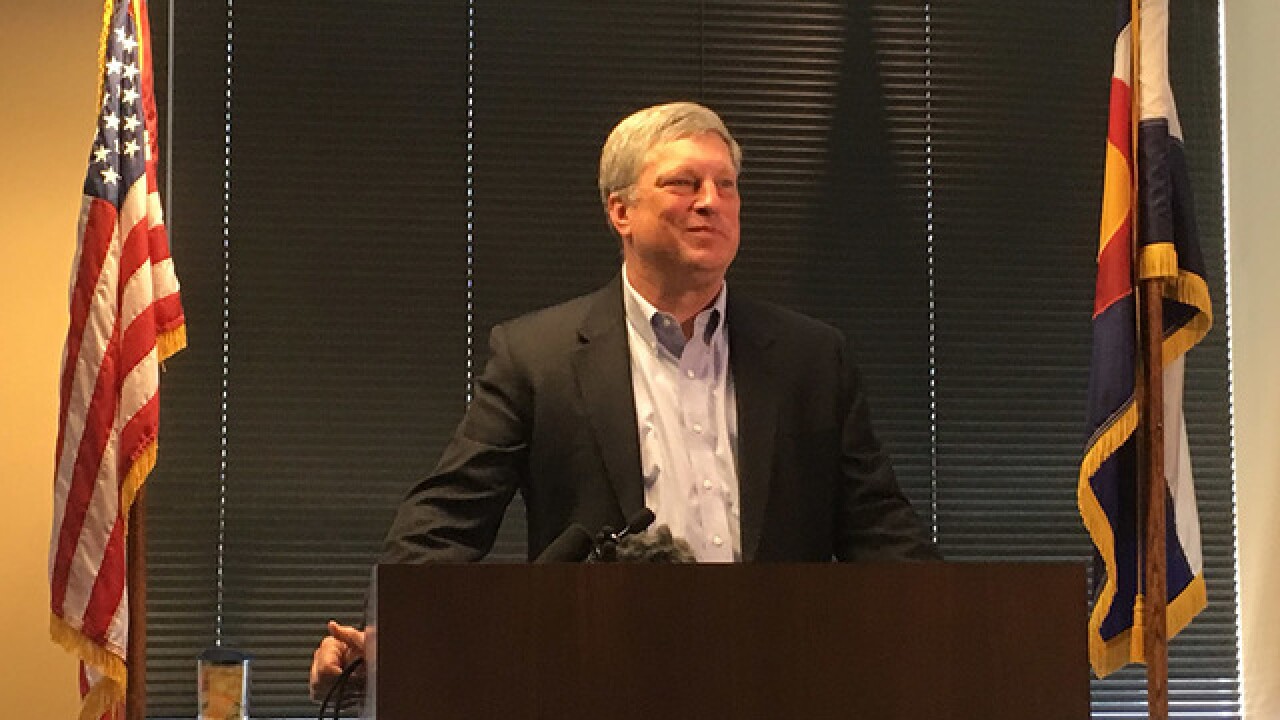 DENVER – A group of self-professed “Hamilton Electors” has reached a deal with Colorado’s secretary of state to drop him from the lawsuit and to only pursue $1 each in damages in the ongoing litigation.

The electors – Robert Nemanich, Polly Baca and Micheal Baca – filed their suit in August against Williams regarding a Colorado statute that required them to vote for the presidential candidate who won the state’s popular vote in last year’s General Election.

Nemanich and Polly Baca sued last year, but a U.S. District Court of Colorado judge dismissed the suit in early August after costing state taxpayers more than $40,000. They and Micheal Baca filed a new suit 12 days later alleging their constitutional rights had been violated when they were forced to vote for Hillary Clinton.

Micheal Baca wrote in John Kasich’s name on his elector ballot, thus invalidating his oath of office, and he was replaced. The two others voted for Clinton in accordance with state law. Colorado's attorney general declined to prosecute Micheal Baca for breaking the law.

Late last week, Williams and the electors came to an agreement, however.

On Friday, Judge Wiley Y. Daniel approved the agreement, which will allow the electors to file a second amended complaint by the end of Wednesday against the Colorado Department of State that argues only that the state statute is unconstitutional.

They will also be allowed to seek only $1 per plaintiff in nominal damages.

One of the electors’ attorneys, Lawrence Lessig, told Denver7 he would indeed be filing the amended complaint Wednesday, and that he expected the Department of State to file a motion to dismiss shortly afterward.

Williams will be dropped from the filing, per court ruling, but he agreed to waive immunity he could have asserted in the case.

“Ultimately, we just want an answer to the constitutional question at issue before the 2020 presidential election and this is the least expensive and most efficient path,” Williams said in a statement.

Getting the question resolved before the 2020 presidential election was also the main issue for the electors, according to Lessig, who said he thought there was a chance the case could go to the U.S. Supreme Court.

“Before we have a constitutional crisis, we have to figure out what the law is,” Lessig told Denver7. “What’s clear is both sides have come to an understanding this is an important question to resolve regardless of which side of the question you’re involved in … It’s got to be done by 2019 or the beginning of 2020. It’s really going to matter for the 2020 election.”

The electors won’t be able to seek attorneys’ fees or a jury trial, and waived their rights to any other possible damages beyond the $1 nominal damages.

Discovery in the new filing expected to be made Wednesday will be stayed until Colorado files its motion to dismiss the amended complaint. Should the state’s motion to deny be dismissed, the judge has asked the parties to forego some typical proceedings in order to expedite the case.

“The secretary of state and we have very different views of the law,” Lessig said. “But we are very happy that both sides have recognized how important it is that this question be resolved quickly.”

Williams’ office says if the state law is indeed deemed unconstitutional, the secretary of state would have to propose legislation to change how electors are appointed and identified on a ballot.

“We look forward to the court’s ruling. We’re confident that Colorado’s law will be upheld, allowing us to get back to the business of administering Colorado’s elections and protecting the vote of its citizens,” Williams said. "This case is not about electors voting their conscience. These electors were attempting to trade their votes with electors in other states which would disenfranchise every Colorado voter."