Colorado's US lawmakers sound off on Trump's meeting with Putin 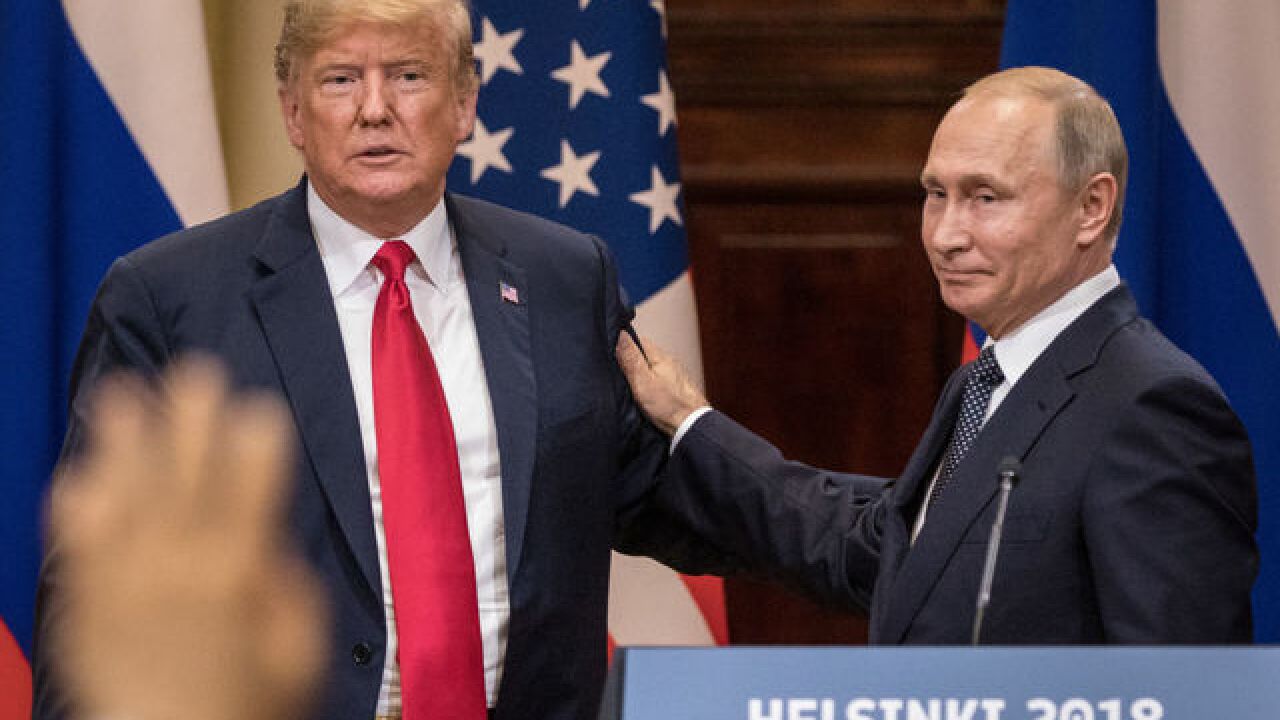 DENVER – Colorado’s U.S. senators had varying reactions to President Donald Trump’s Monday meeting with Russian President Vladimir Putin in which he said both countries were responsible for a deteriorating relationship and obfuscated about who was responsible for Russia’s meddling in the 2016 U.S. elections.

U.S. Sen. Cory Gardner, R-Colo., said in a statement that did not mention Trump by name that the administration should avoid normalizing relations with Russia “at zero cost to Putin and his regime.”

“The only ‘reset’ we can have with Russia is when it completely reverses course and begins to act in accordance with civilized norms and international law,” Gardner’s statement said. “Nothing should change as of today – Putin’s Russia is not a friend to the United States.”

He called Putin’s Russia an “adversary” to the U.S. and again called for Russia to be labeled as a state sponsor of terror, citing chemical attacks in the United Kingdom, the Russian invasion of the Ukraine, the U.S. election meddling and Russia’s support of Bashar al-Assad in Syria.

His fellow Republicans and the director of national of national intelligence also had strong words for Trump.

Director of National Intelligence Dan Coats said in a statement: “We have been clear in our assessments of Russian meddling in the 2016 election and their ongoing, pervasive efforts to undermine our democracy, and we will continue to provide unvarnished and objective intelligence in support of our national security.”

His Monday comments came just days after Coats warned Friday, after 12 Russian spies were indicted for hacking the DNC and Clinton campaign, that Russia was “the most aggressive foreign actor” in trying to divide Americans. “The warning signs are there. The system is blinking and it is why I believe we are at a critical point,” he said at the time.

U.S. Sen. John McCain, R-Ariz., said that the Trump-Putin press conference “was one of the most disgraceful performances by an American president in memory” and said it marked “a recent low point in the history of the American Presidency.”

“The Senate Intelligence Committee has reviewed the 2017 IC assessment and found no reason to doubt its conclusion that President Putin ordered an influence campaign aimed at the 2016 U.S. elections with the goal of undermining faith in our democratic process,” Burr said in a statement. “Any statement by Vladimir Putin contrary to these facts is a lie and should be recognized as one by the President.”

And House Speaker Paul Ryan, R-Wisc., had a similar statement to Gardner’s, saying that “the president much appreciate that Russia is not our ally.”

Burr’s Democratic counterpart on the Senate Intelligence Committee, Sen. Mark Warner of Virginia, tweeted, "For the President to side with Putin over his own intelligence officials and blame the United States for Russia's attack on our democracy is a complete disgrace."

“Today, President Trump failed to hold Vladimir Putin to account even on the most straightforward national security threats,” he said in a statement. “By taking Vladimir Putin at his word—when it directly contradicts the U.S. intelligence community’s assessment and the investigations of Russia’s interference in the 2016 election—President Trump not only has failed to protect our democracy, but also has emboldened Russia and other adversaries at the expense of our allies.”

Trump told reporters that Putin had denied the election meddling and hinted that he took Putin’s word.

“I have great confidence in my intelligence people, but I will tell you that President Putin was extremely strong and powerful in his denial today,” he said.

But another blow was dealt to Putin’s claims that Russia was not involved shortly after the news conference concluded, when a Russian citizen living in Washington, D.C. was indicted for acting as an agent of the Russian Federation without registering with the U.S. government.

But some Republican lawmakers were still unconvinced Monday, even after the indictments, that Russians were meddling in the 2016 election.

“I personally would neither rule in nor rule out the validity of a very interesting and odd-time indictment of people who can never be brought to justice,” said Rep. Darrell Issa, R-Calif.

His fellow House Republican, Rep. Mike Coffman, R-Colo., said in a statement: “Putin’s Russia isn’t our friend, won’t be an ally and most certainly won’t stop their rogue behavior against our country, our allies and our interest,” he said.

“As I’ve said in the past – President Trump should never take Putin’s word at face value and should give greater consideration to U.S. Intelligence agencies over the Kremlin’s rhetoric,” he added.

“Vladimir Putin is not our friend, and there is ample evidence that Russia meddled in our elections. Russia has repeatedly violated international law, shown disregard for national sovereignty, engaged in human rights abuses, propped up state sponsors of terror, and fueled global instability,” Tipton said in a statement to Denver7. “Russia’s attacks on our electoral system damage the very democratic principles upon which our country was built. I strongly urge President Trump and this Administration to hold Russia and Putin accountable. I will continue to support strong economic sanctions against Russia and measures to protect the integrity of our elections.”

Rep. Ed Perlmutter, D-Colo., said the meeting was "yet another example of President Trump favoring Russian President Vladimir Putin over the democracy and national security of the United States."

"President Trump continues to take Putin, a former KGB officer, at his word while disregarding evidence from U.S. intelligence agencies and ignoring threats of future attacks on our democracy. Why is President Trump so afraid of getting to the truth?" Perlmutter added. "The Mueller investigation must continue so we can fully understand what happened in the 2016 election and make sure it never happens again.”

And Rep. Diana DeGette, D-Colo., held little back in her statement: “Trump has, indeed, become Putin’s puppet,” she tweeted.

“It is dangerous, disingenuous & absurd to take the word of Putin over our intelligence community. Further, @POTUS statements undermining @FBI and shifting blame for Russian misdeeds are outrageous,” she continued.

Information from the Associated Press contributed to this report.