Colorado Rep. Steve Lebsock says he's being harassed after being accused of harassment 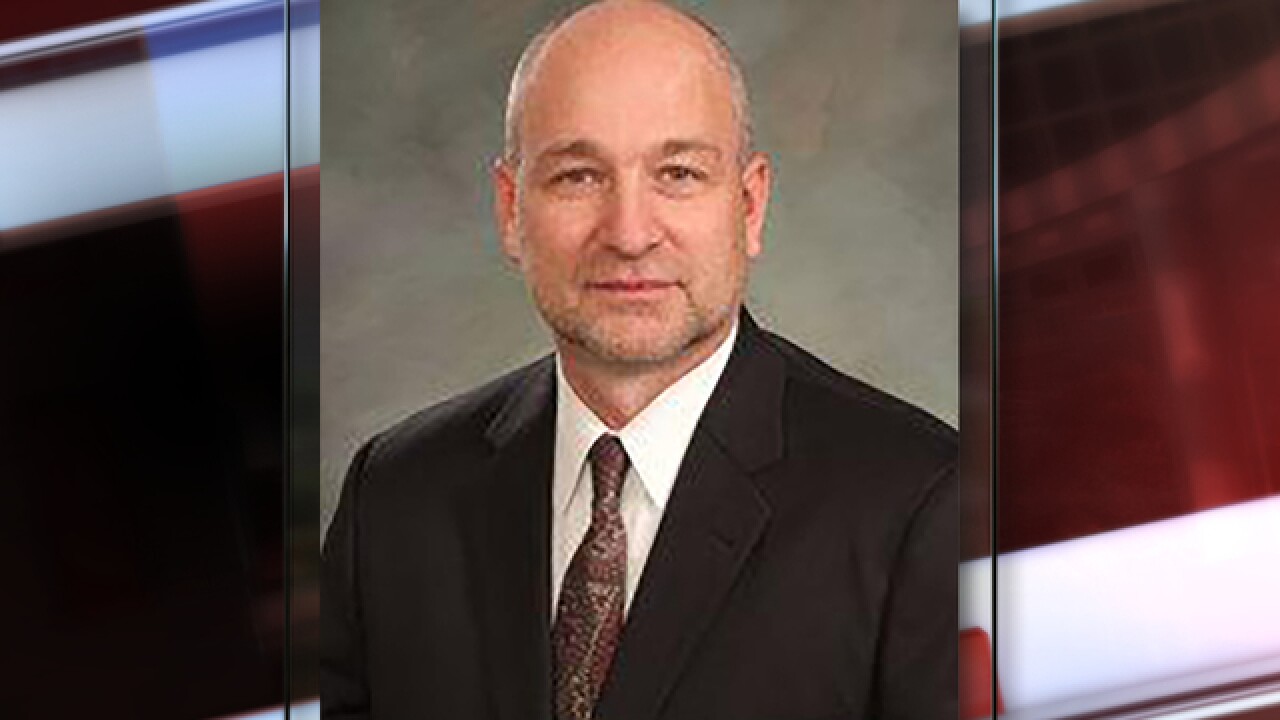 DENVER (AP) — A Colorado state representative accused of sexually harassing a fellow Democratic lawmaker and two other women said Tuesday he is getting harassing texts and offers of jobs if he'll step down.

Speaking to reporters at the state Capitol, Rep. Steve Lebsock also renewed his denial of the allegations and criticized Gov. John Hickenlooper, Lt. Gov. Donna Lynne and others for calling on him to resign Friday within hours of the allegations becoming public and before he had a chance to defend himself.

"I am being harassed and I am being violated and accusations against me are not true," he said a day after Rep. Faith Winter said she filed a formal complaint against him with House Speaker Crisanta Duran.

Lebsock said he had gotten over 20 texts from one telephone number in the San Francisco area telling him to step down and offering him a six-figure consulting job.

The person listed as having that phone number, Joel Sayre, told media outlets that that he wanted Lebsock to feel as uncomfortable as his accusers felt and that the job offer wasn't real.

After the news conference, Lebsock asked to be escorted by a state trooper to the Colorado State Patrol office in the Capitol to report the texts.

Winter alleges that Lebsock grabbed her by the elbow after she refused his sexual advances at a party celebrating the end of the legislative session in 2016, an account first reported by Rocky Mountain Community Radio. Within hours, two other women — former lobbyist Holly Tarry and ex-legislative aide Cassie Tanner — told The Denver Post that Lebsock had harassed them.

Tanner told the newspaper that Lebsock reached over and unbuttoned one of the buttons on her blouse at a Denver Young Democrats event at a bar in 2014, saying something to the effect of "that's better."

Lebsock said Tuesday that he was at the bar for about 15 minutes with a lawmaker who was with him all night and never saw Tanner.

"How he can go from apologizing for his behavior on Saturday to denying it ever happened on Tuesday is repugnant and reveals his lack of character and sincerity," Tanner told The Associated Press.

Echoing previous comments, he said he was incredibly sorry that "individuals have been hurt" and that he thought some things may have been misinterpreted.

Winter told legislative leadership, including Duran, who was then majority leader, about what happened soon after the party.

She decided not to pursue a complaint then, fearing her reputation would be hurt and it would make it harder for her to do her work. She said Lebsock eventually apologized and later promised to get therapy. She said she warned him she would go public if she heard of other complaints of harassment against him.

Republican Rep. Lois Landgraf of Fountain has criticized Duran for making Lebsock the chairman of a legislative committee following Winter's allegations. Duran removed him from the position Friday and called on him to resign.

Winter said Duran has always been supportive of her and respected her decision not to file a complaint last year. Duran said Tuesday that she believed the situation with Lebsock had been resolved when she appointed him to the chairmanship.

"I would not have appointed him chair knowing what I know today," she said.