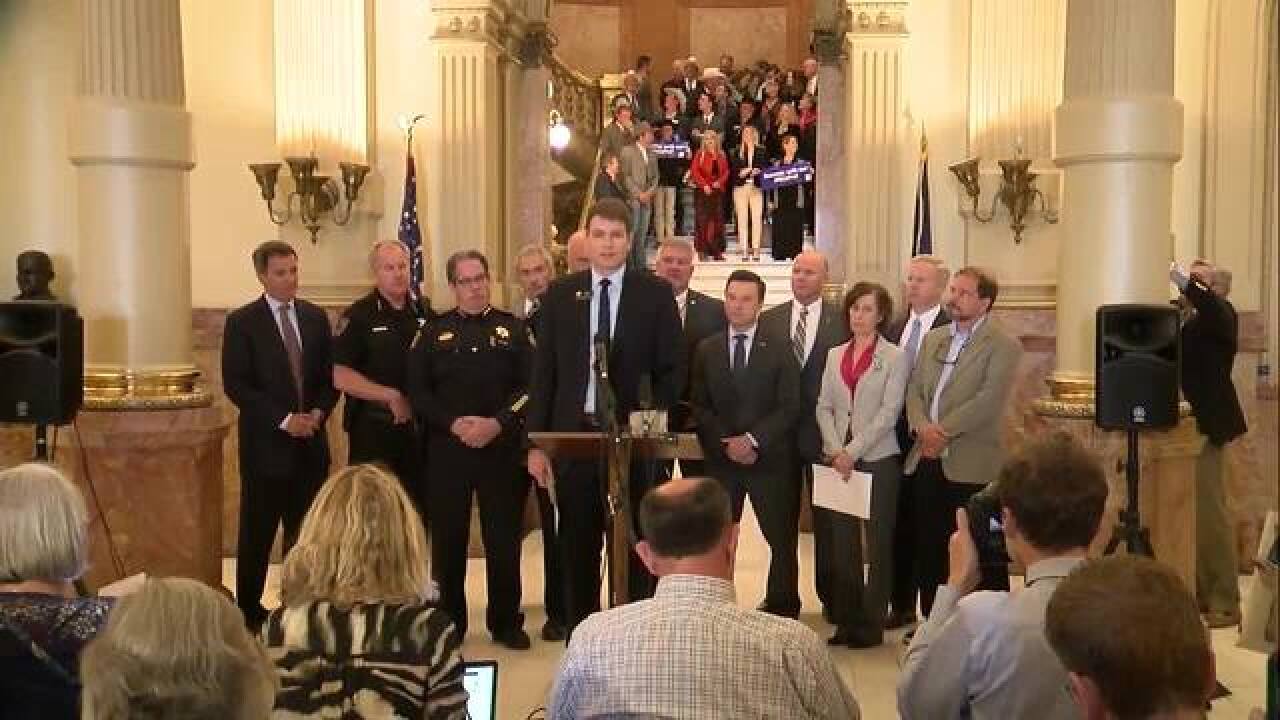 Copyright 2018 Scripps Media, Inc. All rights reserved. This material may not be published, broadcast, rewritten, or redistributed.
<p>The measure, the Deputy Zackari Parrish Violence Protection Act, is sponsored by Rep. Alec Garnett, D-Boulder Co., and Rep. Cole Wist, R-Arapahoe Co. Both were praised Monday for their weeks of work on the measure.</p>

DENVER – The Colorado House of Representatives pushed back until Friday a vote on whether to send the “red flag” mental health and weapon bill introduced earlier this week over to the Republican-controlled Senate.

The measure, House Bill 1436, passed its second House reading Wednesday after it was amended during a testy House Judiciary Committee meeting on Tuesday. It was set for a third reading and final vote in the House before being laid over until Friday.

The bill, introduced Monday, would allow family members or law enforcement to ask a judge for a temporary extreme risk protection order that would allow officers to take firearms and ammunition away from people deemed to be in the midst of a mental health crisis.

The temporary order would stay in place for seven days, during which the person can petition to have their weapons returned.

The amendments stripped out language that would have upped the charge for a person carrying a firearm that would be prohibited by the extreme protection risk order laid out under the bill to a class 6 felony for their third or subsequent conviction on violating the order.

Another amendment stripped out language regarding a potential appropriation to cover increased prison sentences stemming from the law.

Rocky Mountain Gun Owners and some Republicans have said the proposal is more of a gun bill and less of a mental health bill, as the bill’s proponents and state sheriffs and police organizations have said – in support of the measure.

Wist acknowledged the bill was coming late in the session – May 9 is the final day – but stood by his Monday comments that the measure would save lives. Douglas County Sheriff Tony Spurlock has been a vocal proponent of the bill, saying he believes it would have saved the life of Deputy Zackari Parrish, who was shot and killed by a man with known mental health issues and a history of owning weapons on New Year’s Eve.

Garnett maintained Wednesday that the measure would keep more people safe, saying again that mental health holds in Colorado often don’t run the full 72 hours for which authorities are allowed to keep someone in the midst of a crisis.

Should the bill pass the Democrat-controlled House on Friday, it would then head to the Senate, where Republican opposition to the bill could sink it despite support from Gov. John Hickenlooper.

Republicans narrowly hold the Senate, and Democrats are challenging the GOP in November in every state Senate district that is up for election.