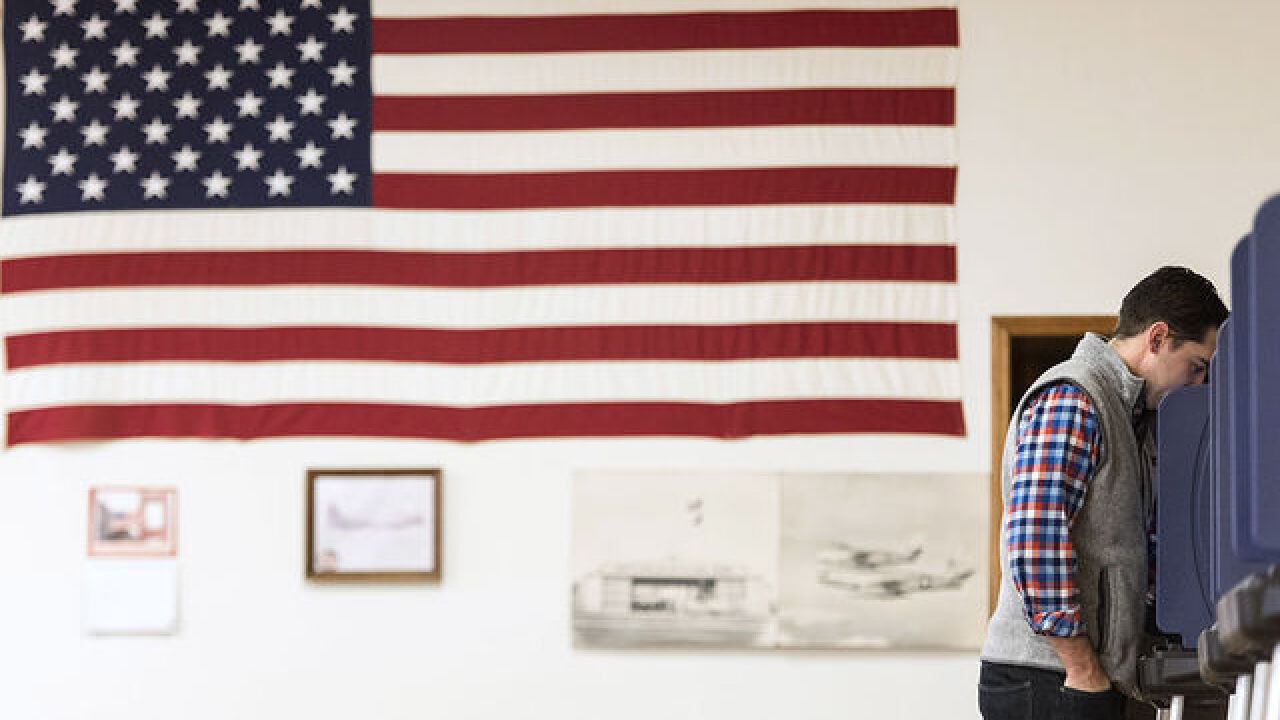 DENVER – Though many of the most-watched races in Colorado’s 2018 primaries were decided by Tuesday night, Wednesday brought more insight into some of the races that were still undecided to start the day.

The Democratic primary in the attorney general’s race between Phil Weiser and Joe Salazar still hadn’t been called as of Wednesday afternoon, with Salazar saying at 2 p.m. that the “race is too close to call and we will respect the counting of every vote.”

With 99 percent of counties reporting, Weiser led Salazar by about 8,000 votes Wednesday afternoon.

In the Democratic primary in the state treasurer’s race, Dave Young defeated Bernard Douthit 68 percent to 32 percent. Young will face Watson in November for the seat that will be vacated by Walker Stapleton, who is now the Republican gubernatorial nominee.

Michael Dougherty, who was appointed to be the Boulder County district attorney in February, won his primary against Mike Foote 60 percent to 40 percent.

Two incumbent state House representatives were defeated in their primaries. Rep. Judy Reyher, R-Swink, was defeated by Don Bendell, the former executive director of the Colorado Farm Service Agency and an ex-Green Beret, 56 to 44 percent in House District 47 in Pueblo.

Meanwhile, Gov. John Hickenlooper congratulated Polis and his fellow Democrats: “Thanks to every CO primary candidate who raised their hand for public service & CONGRATS to Polis and all the dems. CO will be strong with these folks in the lead!”

And Donna Lynne, who came in last in the Democratic gubernatorial primary, extended an olive branch to Polis: “I want to offer my sincere congratulations to Jared Polis on his victory last night. We have had a hard fought race and we now must come together to win in November. I hope you will join me in working hard to ensure @jaredpolis is the next Governor of Colorado,” she tweeted.

The primary saw the highest overall turnout in state history. With the final count still not finalized because military and overseas ballots are still coming in and Montrose County is hand-counting ballots, there were 1.16 million ballots cast in the primary as of Wednesday.

But this year was the first in which Colorado’s unaffiliated voters were automatically eligible to participate in the primaries, and 280,958 unaffiliated ballots had been returned as of Wednesday. Even when subtracting the unaffiliated vote, at least 877,000 Republicans and Democrats voted in this year’s primary.

With 3.2 million active registered voters in Colorado, the 1.16 million who voted would mean turnout was about 35.7 percent—the highest in at least the past decade.

According to data from the secretary of state’s office, 150,000 unaffiliated voters picked Democratic ballots while 90,000 picked Republican ballots. Unaffiliated voters could either select beforehand which ballot they wanted to receive, or they were mailed both and were only able to vote on one or the other ballot.

Overall, Democratic voters (465,331) also turned out in higher numbers than Republican voters (412,411) and the Democratic turnout percentage (45.5 percent) was also higher than that of Republicans (41.1 percent). Unaffiliated turnout as of Wednesday was 23 percent.

There were still 40,000 unopened unaffiliated ballots as of Wednesday, according to the secretary of state’s office, meaning which ballot those voters chose was not yet known.

The election results won’t be final until after all ballots are counted, including the military and overseas ballots, and risk-limiting audits are complete.