Colorado premiums up 34% in 2018 after end of CSR payments; Denver & eastern plains to see big jump 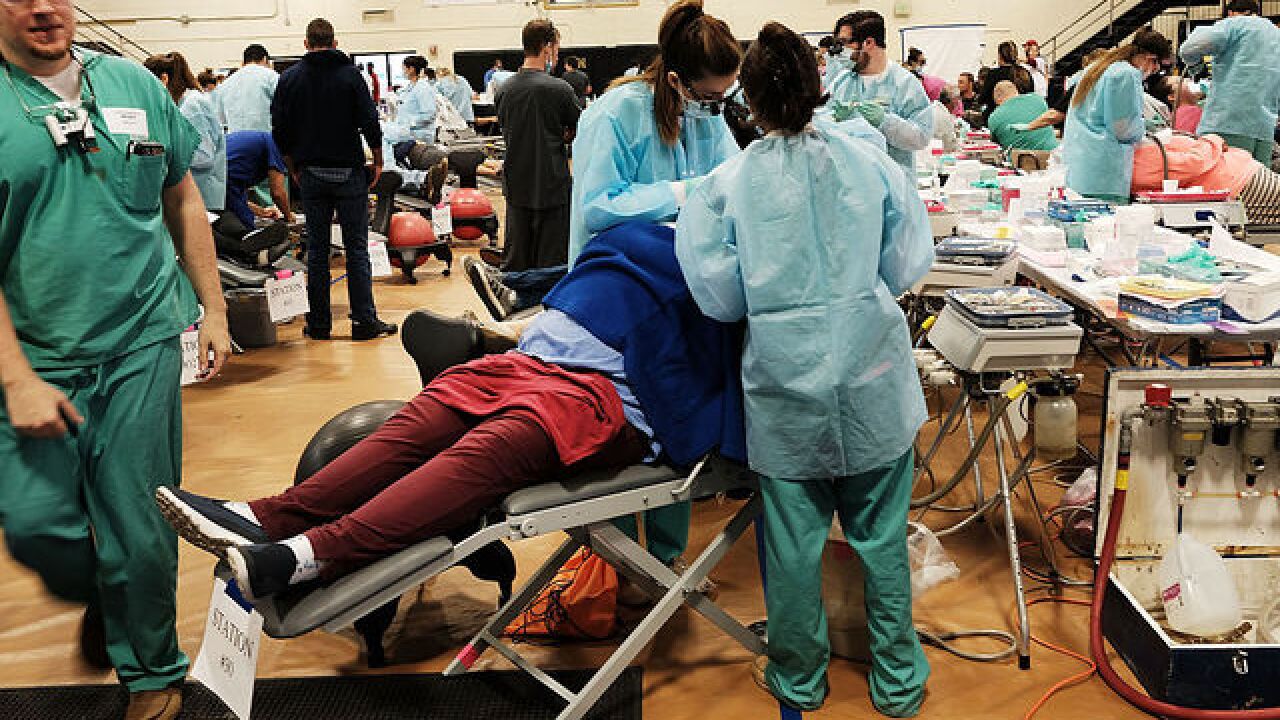 2016 Getty Images
Spencer Platt
<p>MILTON, FL - DECEMBER 03: Dentists work on patients at the Remote Area Medical (RAM) mobile dental and medical clinic on December 3, 2016 in Milton, Florida. It is expected that over a thousand people will show up seeking free dental and medical care at the two-day event in the financially struggling Florida panhandle community. RAM provides free medical care through mobile clinics in underserved, isolated, or impoverished communities around the country and world. (Photo by Spencer Platt/Getty Images)</p>

DENVER – Health insurance plans on Colorado’s individual market will be, on average, 34 percent higher in 2018 than they were this year, and the Denver area and eastern Colorado will see the highest increases.

The Colorado Division of Insurance and the state’s Affordable Care Act marketplace, Connect for Health Colorado, released the final premium rates for 2018 on Wednesday, which factor in President Trump’s decision not to pay insurance companies subsidies for cost-sharing reductions written into the ACA.

The DOI estimated when Trump made his decision that rates would go up an additional 6 percent from the rates that had been finalized earlier this year, which assumed the CSR payments would continue to be made.

When the final numbers were released Wednesday, they showed that the decision not to make CSR subsidy payments caused an average increase of 6.1 percent across the individual market.

Every insurer operating on the individual market will see their offered premiums rise by an average of at least 26 percent, though Cigna’s rate will jump by an average of 42 percent compared to the 2017 rate.

But the Denver metro area will see an average increase of 33.2 percent across all individual premium plans. That was the second-highest average among the 9 statewide regions into which the DOI breaks up the state.

There, Logan County will see an average increase across all 11 plans offered on the individual market of 51 percent. That increase is due mostly in part to the six bronze plans that are offered going up by 55 percent in 2018.

Phillips County will see an average increase of 40.4 percent across all 12 plans offered there.

The Western Slope, which has typically seen the highest yearly premium increases, will see an average increase of 30 percent across all plans.

Small group plans will also go up next year on every plan except for the Rocky Mountain HMO, which will see premium rates decrease by 2.4 percent from 2017.

But she and the Division of Insurance have for months prepared for the end of the subsidy payments to insurers, which help low-income people who make too much to receive Medicaid but often can’t afford out-of-pocket costs.

Salazar had said a day earlier that a Trump executive order to expand associated health plans could lead to the end of employer-sponsored coverage.

Connect for Health Colorado said Friday that Trump’s CSR decision “brings a disruption…on the eve of open enrollment,” but said it was ready to help people buy insurance once open enrollment gets underway Nov. 1.

Its CEO, Kevin Patterson, also said that some of the premium increases due to the government not subsidizing the CSR payments would be offset by increased tax credits for people buying insurance.

The Congressional Budget Office agreed to a certain sense, but said the federal deficit would go up by nearly $200 billion over the next decade as tax credit payments increase.

Many Republicans have shut down Democratic efforts to shore up marketplaces and restore CSR funding by claiming they didn’t want to increase the deficit, however.

U.S. Sen. Cory Gardner, R-Colo., who is a Yuma native, on Wednesday said the Alexander-Murray bill that would restore CSR funding for two years and free up states to operate more independently within the ACA “contains a bailout for the insurance companies,” referring to the CSR payments.

It’s a line that has been pushed by President Trump and some Republicans who have so far opposed the Alexander-Murray bill, which Gardner has so far not taken a stance on.

Gardner said consistently this year while efforts were ongoing to repeal the ACA that the premium increases – particularly in rural Colorado, including his home county of Yuma – were unacceptable, and noted that rates along the Front Range and in Denver weren’t going up as much as they were outside of urban centers.

But the numbers released Wednesday show those areas of the state, particularly in his native eastern Colorado, will be again going up more than anywhere else in the state.

He, Hickenlooper and Sen. Michael Bennet have all called for major changes to the ACA in order to stem the rising premiums, but all have different ideas as to how that might get solved.

Salazar and the Division of Insurance will join Colorado insurers Thursday at 1 p.m. at the state Capitol to further outline the premiums for 2018.