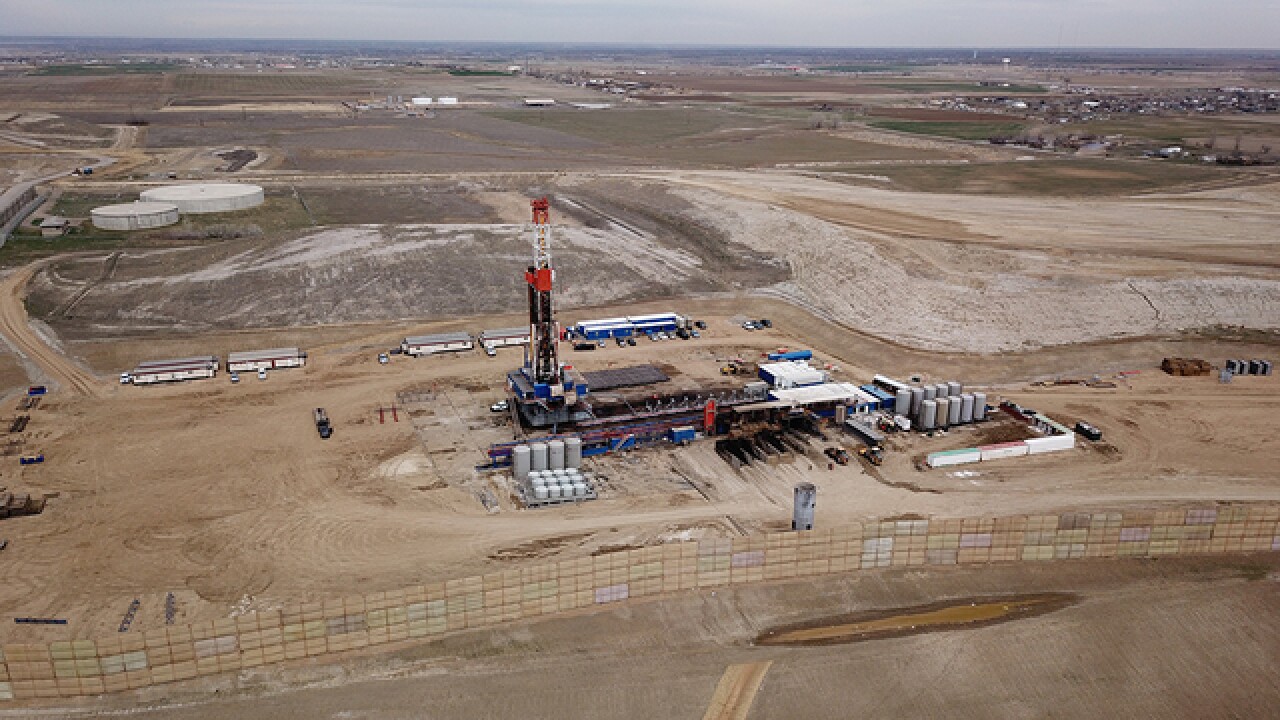 WELD COUNTY, Colo. – Colorado’s oil and gas regulators sent a letter to Weld County’s attorney Monday that seeks to check the county’s effort to create its own oil and gas rules and county-specific department under the state’s new local control oil and gas laws.

The letter from Senior Assistant Attorney General Kyle W. Davenport, the attorney for the Colorado Oil and Gas Conservation Commission, re-asserts that the commission maintains regulatory authority over oil and gas sites in Weld County even after Senate Bill 19-181 was signed into law.

“While SB 19-181 provides local governments with siting authority over oil and gas surface locations, it does not diminish the COGCC’s authority to regulate the orderly development of oil and gas throughout the state,” says the letter from Davenport to Weld County Attorney Bruce Barker. “To the contrary, SB19-181 reaffirms the critical role for the COGCC in numerous places.”

The letter comes as the Weld County commissioners are set to vote Monday on an ordinance that would give its newly-created Oil and Gas Energy Department 1041 regulatory power to regulate new permitting and operations in the county.

The county has said the department will be responsible for permitting, regulation and enforcing surface and air operations within Weld County. Weld County currently has more than 21,000 active wells and accounts for about 88% of the state's oil and gas production. Many in the county fought against SB19-181, saying it would harm the county's economy and put residents out of jobs.

Weld County Commissioner Mike Freeman told Denver7 last week that giving the department 1041 control would “undo” what he says is a “de facto moratorium” on about 6,000 pending well permits in the county.

“We believe we’ll do it better than the state,” he said at the time.

But according to the letter from Davenport, the state is telling the county that it won’t have the full say when it comes to permitting and regulations.

“The COGCC is aware that the County believes that oil and gas locations in unincorporated Weld County will not require an approved Form 2A, Oil and Gas Location Assessment, from the COGCC,” Davenport wrote. “Under SB19-181, local governments may impose regulations that are ‘more protective or stricter than state requirements,’ but they are not authorized to bypass the COGCC’s regulations § 34-60-131. That principle applies in this case.”

The letter said the COGCC will continue to require those forms to be approved and the permitting process followed in unincorporated Weld County in order to adhere to the portion of SB19-181 that requires the commission to regulate operations “in a reasonable manner to protect and minimize adverse impacts to public health, safety, and welfare, the environment, and wildlife resources.”

“In order to ensure that all oil and gas development meets the requirements of SB19-181, the COGCC will continue to require compliance with its regulations even if its regulations are inconsistent with the County’s regulations,” Davenport wrote.

Also on Monday, COGCC Director Jeff Robbins sent a notice to all operators on permits, which included as an attachment the letter sent to the Weld County attorney.

“The COGCC encourages local governments and operators to continue to work with our Commission and staff as SB 181 guidance and rulemakings are further developed over the coming months,” Robbins said in a statement. “Together we can develop regulations which are both good for Colorado’s public health, safety and environment and the future oil and gas operations in our state.”

Barker, the county’s attorney, told our partners at The Denver Post that he didn’t disagree with some of what the COGCC said in its letter but that he believed that some aspects of regulation where local issues only.

"This morning, the Weld County attorney received a letter from the State Attorney General’s Office regarding Senate Bill 19-181 and local government 1041 regulations.

"When the state legislature passed SB 19-181, the state gave local governments expanded local-government authority with regard to land use. It was very clear that the state cannot preempt local land use authority or interfere with the siting of oil and gas locations and facilities.

"The letter the county received today at 8:02 a.m. (in the form of a news release sent to the media) contradicts SB 19-181 and, as we read it, attempts to take the “local” out of “local control”.

"Local governments have defined authorities over land use within their jurisdictions – authorities that were further enhanced by SB 19-181. For the COGCC, through the State Attorney’s Office, to now not only attempt to assume local control from local governments but also require a duplicative process for the oil and gas industry is both disappointing and irresponsible.

"Weld County will exercise the authority the state has granted us to develop and implement our regulations as they work best for our county with regard to protecting public health, safety, welfare and the environment."

Davenport wrote that the COGCC was not trying to interfere with the county’s regulations regarding siting but asked that local municipalities work with the COGCC to implement the new rules.

“The COGCC does not intend to interfere with the County’s promulgation of its own regulations regarding the siting of oil and gas locations,” Davenport wrote. “Regulation of oil and gas development is most effective when the State and local governments work together, and the COGCC looks forward to working with the County and other local governments in a manner that advances the goals of SB19-181.”

While Weld County is trying to encourage more drilling, at least eight other communities are going the opposite direction and have recently passed moratoriums on new drilling. Those cities and towns include Boulder County, Erie, Timnath, Berthoud, Adams County, Lafayette, Superior, and Broomfield.