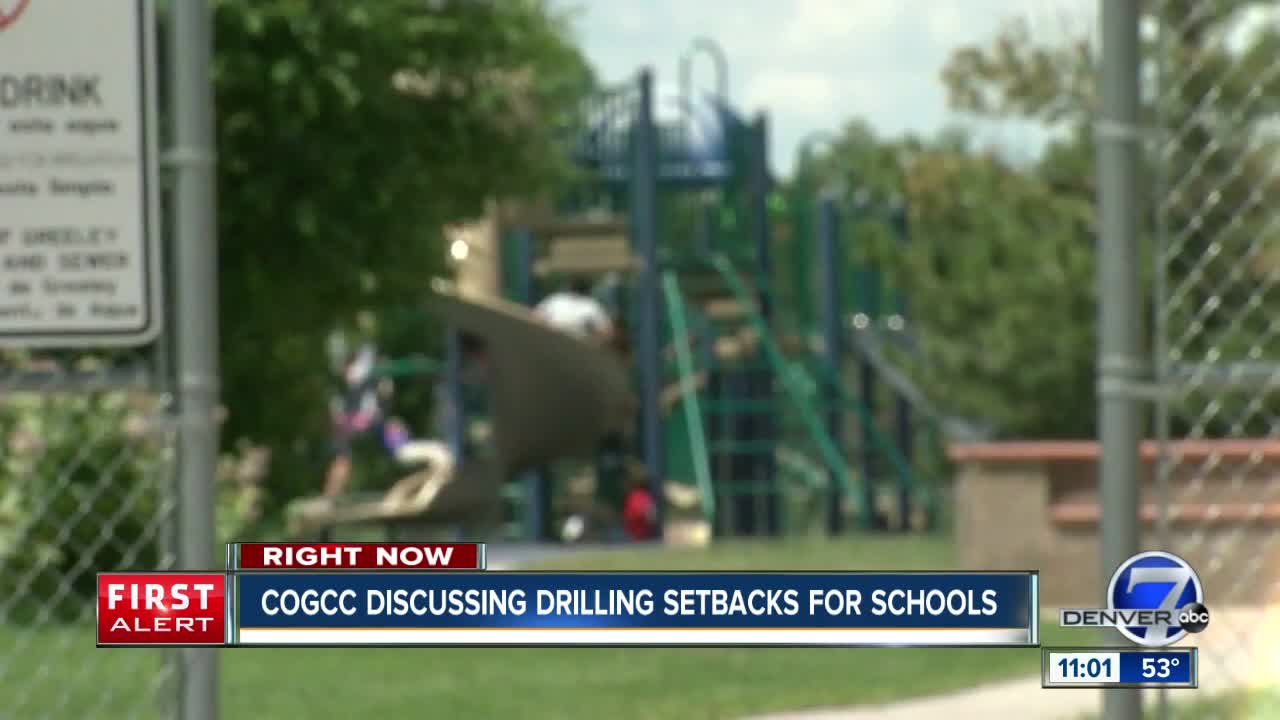 Update: The Colorado Oil and Gas Conservation Commission on Tuesday approved a new rule that will go into effect early next year which will change the point on school properties from which new oil and gas sites must create a 1,000-foot buffer zone. 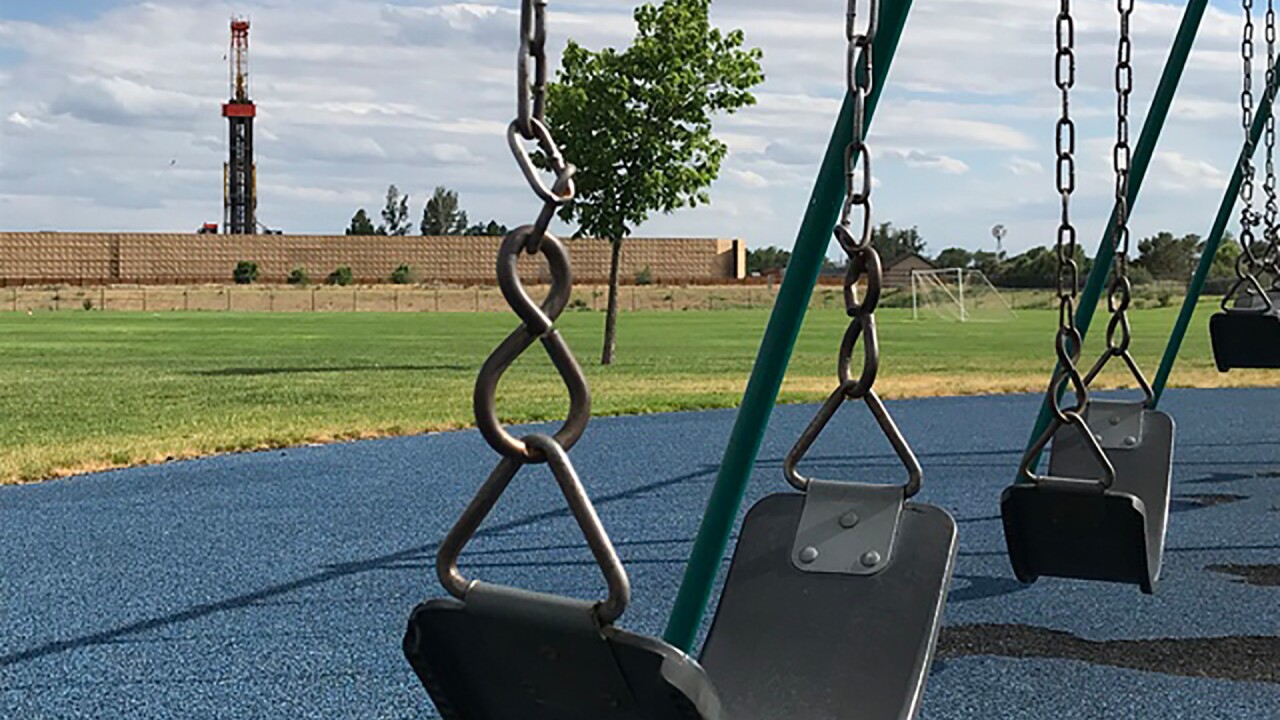 DENVER – The Colorado Oil and Gas Conservation Commission on Tuesday approved a new rule that will go into effect early next year which will change the point on school properties from which new oil and gas sites must create a 1,000-foot buffer zone.

The increased buffer zone was sought by environmentalists, parents and some teachers who argued that having such sites in such proximity to schools was endangering students’ and teachers’ health and safety. Some had sought even larger setbacks before the COGCC approved the rule Tuesday.

The new rules are expected to apply to future development and some current sites.

There are some operations that already sit within the current buffer zone. There is one operation just 600 feet from the soccer fields of Bella Romero Academy in Weld County, and another site is about 500 feet from the track and football field of Northridge High School in Greeley.

There will be some exceptions to the rule, which is expected to go into effect in January. School officials can give approval to oil and gas operators to build within the buffer zones, or the zones can be considered either technically or economically unfeasible by regulators.

The rule would also not apply to off-campus sites used for school-related activities, such as golf courses.

Conservation Colorado, an organization that supported the increased buffer zones, said the COGCC’s approval of the new rule Tuesday was a “small step forward to help us pass legislation that prioritizes public health and safety, not dangerous development, in 2019.”

Colorado Petroleum Council Executive Director Tracee Bentley said her organization was supportive of the COGCC’s ruling. She thanked the COGCC and others involved for their “tireless efforts to fairly address the concerns of all stakeholders.”

“Today’s rulemaking is a direct result of good-faith compromise and collaboration, and we appreciate the partnership that helped move this effort forward,” Bentley said in a statement. “The natural gas and oil industry likewise support improving the notification process to schools when development occurs. … These are our communities, too, and we are committed to proactively addressing this and future issues as they present themselves.”

Colorado Oil and Gas Association President Dan Haley also praised the combined work between the commission and other stakeholders.

"The oil and natural gas industry participated in countless meetings and conversations over the past year with schools and school districts, and participating environmental organizations, and we are proud of what has been accomplished," Haley said. "If we take the time to work on important and complex issues together, we can find constructive solutions."

The change comes a little more than a month after Colorado voters struck down a ballot measure that would have increased setbacks around most inhabited buildings and protected areas to 2,500 feet. Proponents of that measure say they are planning another setback measure for 2020 if state lawmakers don't address setbacks in the General Assembly.