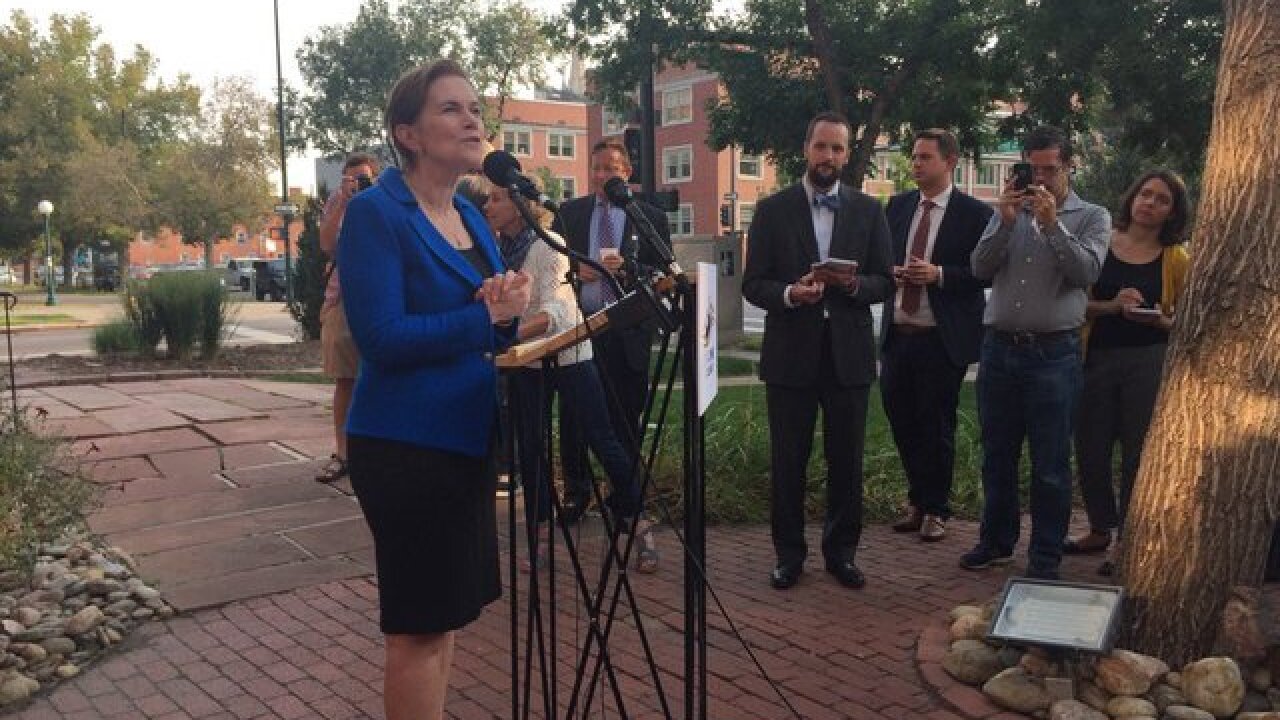 DENVER – Colorado Lt. Gov. Donna Lynne will be on the Democrat primary ballot in June, the secretary of state’s office announced Friday after her ballot petitions were certified.

Lynne was the last remaining major-party gubernatorial candidate waiting to see if she would make the ballot by petition after Victor Mitchell’s petitions were certified, and Doug Robinson’s weren’t, earlier Friday.

Rep. Jared Polis and former state treasurer Cary Kennedy had already qualified for the Democratic primary after last weekend’s Democratic state assembly. Polis had also submitted ballot petitions, but withdrew them and had the process halted after he made the ballot at assembly.

On the Republican side, joining Mitchell on the primary ballot will be state treasurer Walker Stapleton and former Parker mayor Greg Lopez. Robinson’s campaign says it will challenge the secretary of state’s ruling that the signatures gathered for their campaign were insufficient.

The candidates are all vying to replace Gov. John Hickenlooper, who is term-limited.

"This is another important milestone for our campaign," Lynne said in a statement. "This is the first time ever that my name will appear on a ballot, so it's an exciting personal milestone. But more importantly, the ballot is where voters get the last word on the type of leadership they want to see in the governor's office."