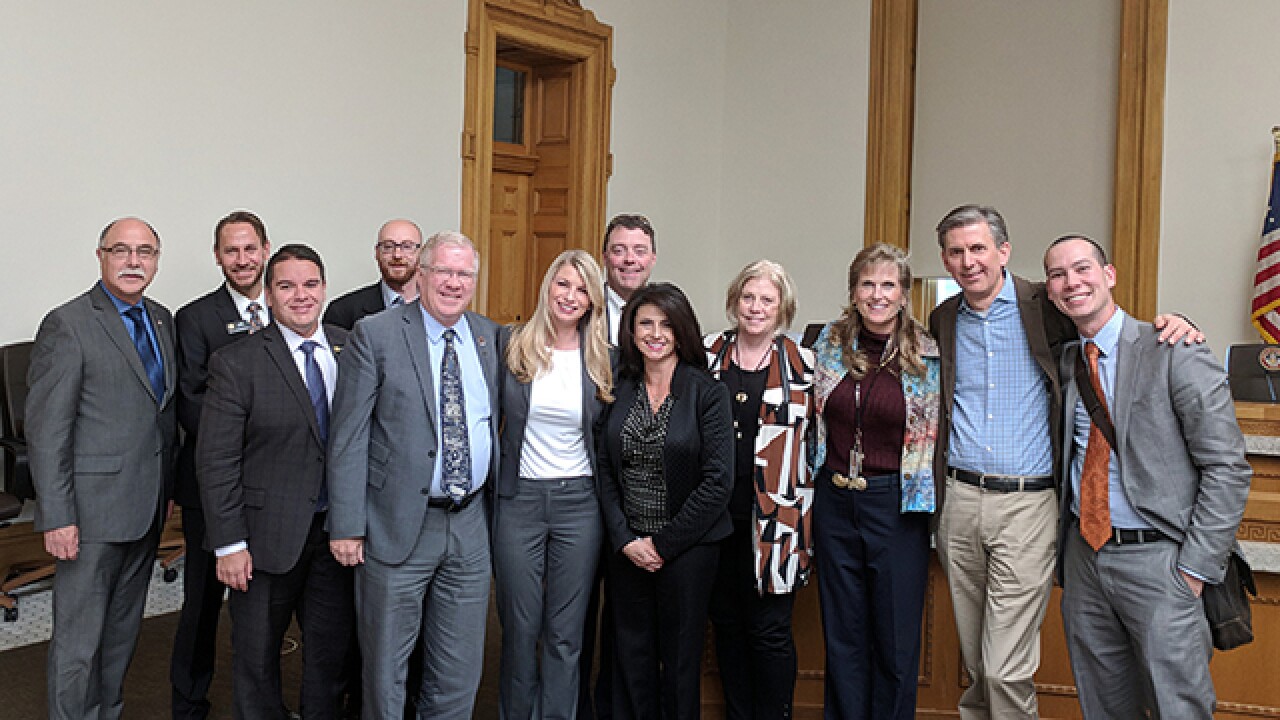 DENVER – The 2018 legislative session is still more than two months out, but a package of six bills aimed at opioid addiction treatment and prevention is already queued up for consideration.

The bipartisan Opioid and Other Substance Use Disorders Interim Study Committee voted Tuesday to move ahead with the bills, which the lawmakers say will help curb the rising use of opioids and heroin.

The bills, according to Democratic leaders of the committee, would do several things to address the issue.

One would create programs to train health professionals, law enforcement officers, and others methods for safe prescribing and opioid prevention. Another would limit opioid prescriptions to seven-day supplies and require prescribers to check in with the state’s Prescription Drug Monitoring Program before refilling prescriptions.

Another bill would create a pilot project for a supervised injection facility that would be placed in Denver.

One of the bills would expand Colorado’s Health Service Corps program which helps reimburse people working as medical professionals for their schooling if they work in areas hit hardest by substance abuse.

And still another would shore up state prior authorization standards to be sure that people prone to abusing opioids and other drugs don’t fall back to other opioids or heroin while awaiting treatment. The bills would also help increase residential treatment options for people with substance abuse issues.

The bills were crafted through five committee hearings, three task force meetings and several stakeholder meetings, according to House Democrats.

“All of us know somebody affected by addiction; I had no idea how broken our system was until my mom was begging for help and there were no options available for her,” said Rep. Brittany Pettersen, the committee’s chair. “I am incredibly proud of the bipartisan work we have done through this interim committee to lay a foundation for addressing this epidemic, and to close the gaps faced by people who are trying to move toward recovery.”

Pettersen’s mother has struggled with addiction, and Pettersen has been outspoken about those struggles and the need for substance abuse reform.

Opioid overdose deaths actually fell in 2016 to their lowest levels in Colorado in six years, but heroin overdoses rose by 23 percent from the year before . Heroin overdoses have jumped by more than 750 percent in Colorado over the past decade-plus.