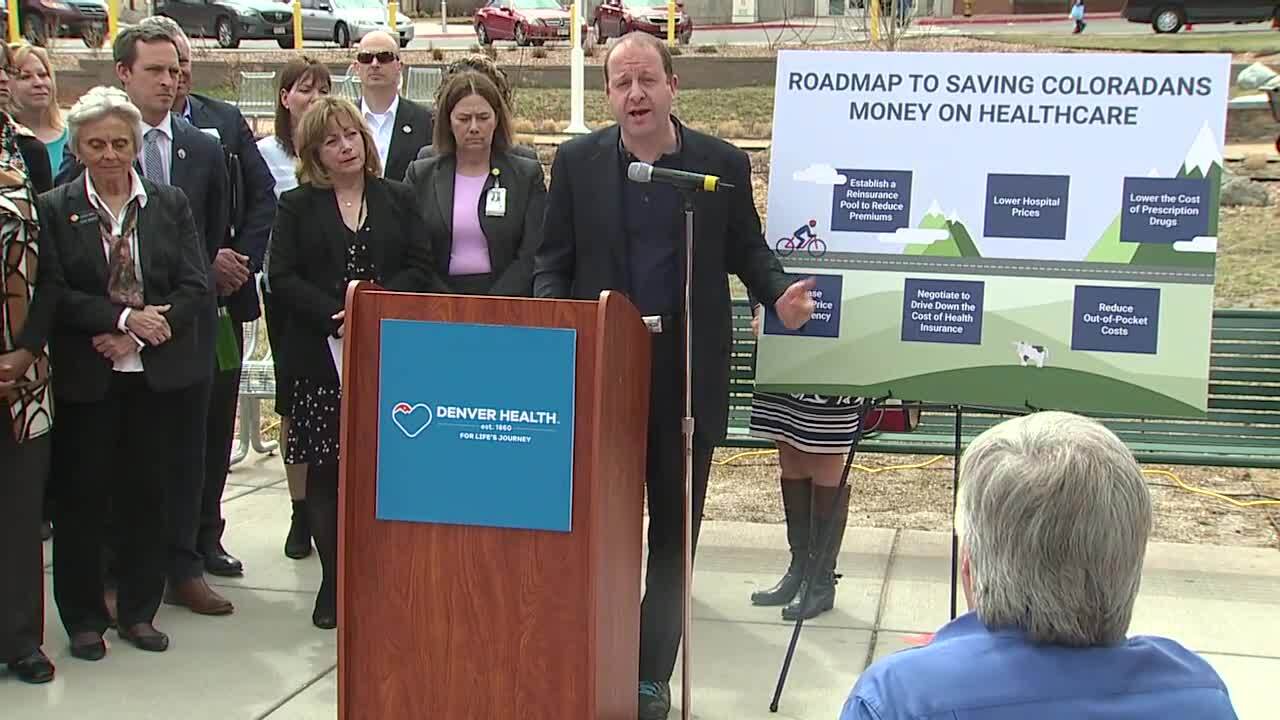 Copyright 2019 Scripps Media, Inc. All rights reserved. This material may not be published, broadcast, rewritten, or redistributed.
Colorado’s governor, lieutenant governor and a host of lawmakers and health care stakeholders on Thursday detailed the roadmap they plan to follow in order to try and reduce the cost of health care services across the state. 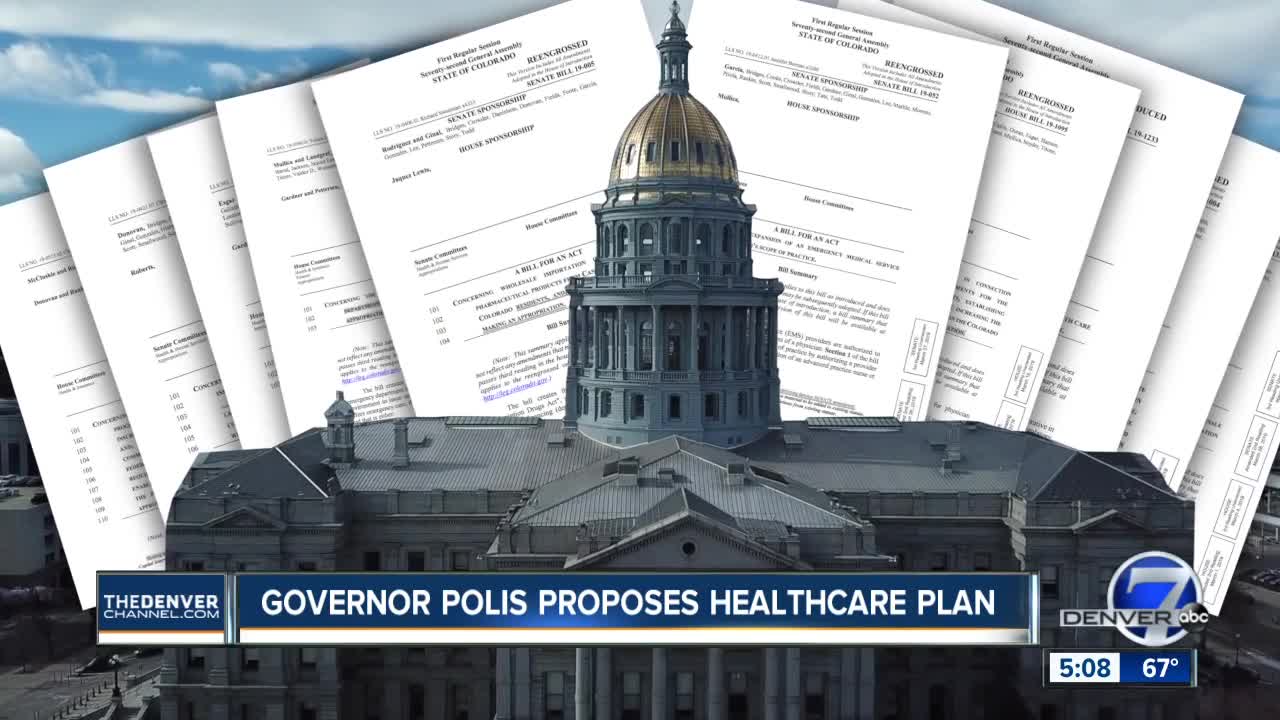 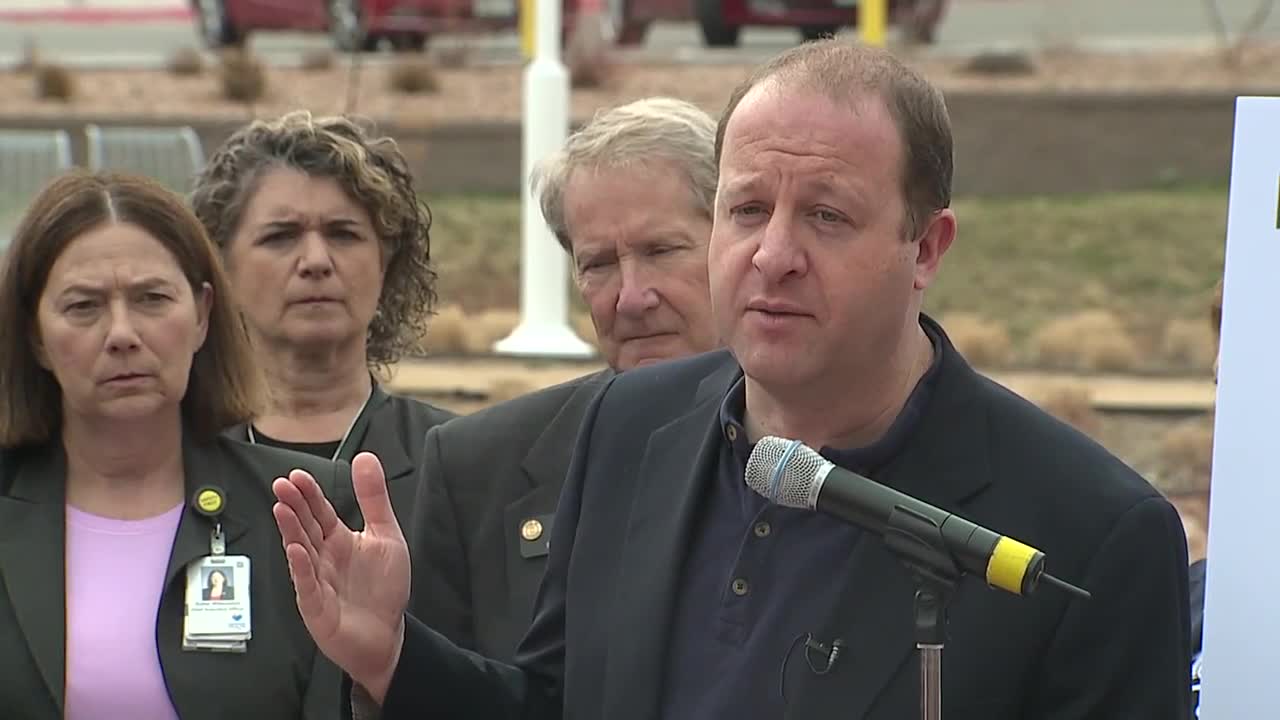 DENVER – Colorado’s governor, lieutenant governor and a host of lawmakers and health care stakeholders on Thursday detailed the roadmap they plan to follow in order to try and reduce the cost of health care services across the state.

“Too many Coloradans have to worry about caring for themselves or a loved one, as well as whether or not they can pay the bills,” Lt. Gov. Dianne Primavera said. “Our roadmap puts us on a path toward lower health care costs for all Coloradans.”

Primavera is leading the Office of Saving People Money on Health Care. She and Gov. Jared Polis laid out a series of bills and other initiatives – both short- and long-term – they say will help keep costs down for Coloradans.

They praised the steps already taken in the state to reduce uninsured rates from nearly 16% in 2013 to 6.5% this year. But said that the falling uninsured rates haven’t led to lower costs, particularly in mountain counties and other rural parts of the state.

Polis praised the legislature’s passage of HB19-1001, the hospital price transparency bill that aims to study the cost of care in Colorado. He also urged lawmakers from both parties to back some of the measures he is supporting this session, including the establishment of a reinsurance pool, more regulations of certain emergency rooms, and a Canadian prescription drug importation program, among others.

Aside from the short-term goals, the governor’s office said some of its long-term goals including launching a state-backed health insurance option and expanding the rural health care workforce and behavioral health system across the state. Polis said the Behavioral Health Task Force would be established this month and would have a strategic plan statewide by June 2020.

Polis said he hoped to do more with Medicare and Medicaid programs in the state but discussed how the state can only do so much with federal programs.

“The concerns of elderly Coloradans go above and beyond Medicare,” he said. But he said some of the office’s goals, such as negotiating prescription drug prices, could do more for Coloradans than what some of the federal programs are allowed to do in the first place.

Josh Winkler of the Colorado Cross Disabilities Coalition said he had hoped to hear more about the state of Medicaid in the state, as he relies on the program to pay for his health care costs, which amount to about $40,000 each year.

“My concern is we actually have a really good Medicaid program in the state and that the value of Medicaid, including that expansion population that came with the Affordable Care Act gets lost in the focus on saving money on health care,” Winkler said. “Making sure that we don’t lose benefits for those of us that are fortunate enough to have good coverage now is vitally important because one little slip-up in my home health care and I’m in the hospital.”

He said he had “a lot of faith” in Primavera and her abilities but added: “It would’ve been good to hear [about Medicaid] more publicly and know that this administration is 100% dedicated to preserving Medicaid and expanding it to the people who need it.”

“Without Medicaid, literally I would probably end up dead. There are no other ways to pay for the kind of care I need,” Winkler said.

Breast cancer survivor Peg Ellefson said she was supportive of the roadmap and efforts to save money. She said the out-of-pocket match for care has doubled since she went through cancer starting in 2015.

“I’m just hoping we can find some efficiencies in the whole system with insurance companies and providers and find ways to reduce the costs and make it a win-win situation for everyone,” she said.

The legislative session is slated to end on May 3, so lawmakers have about a month to pass the bills that contain the short-term goals for the roadmap.