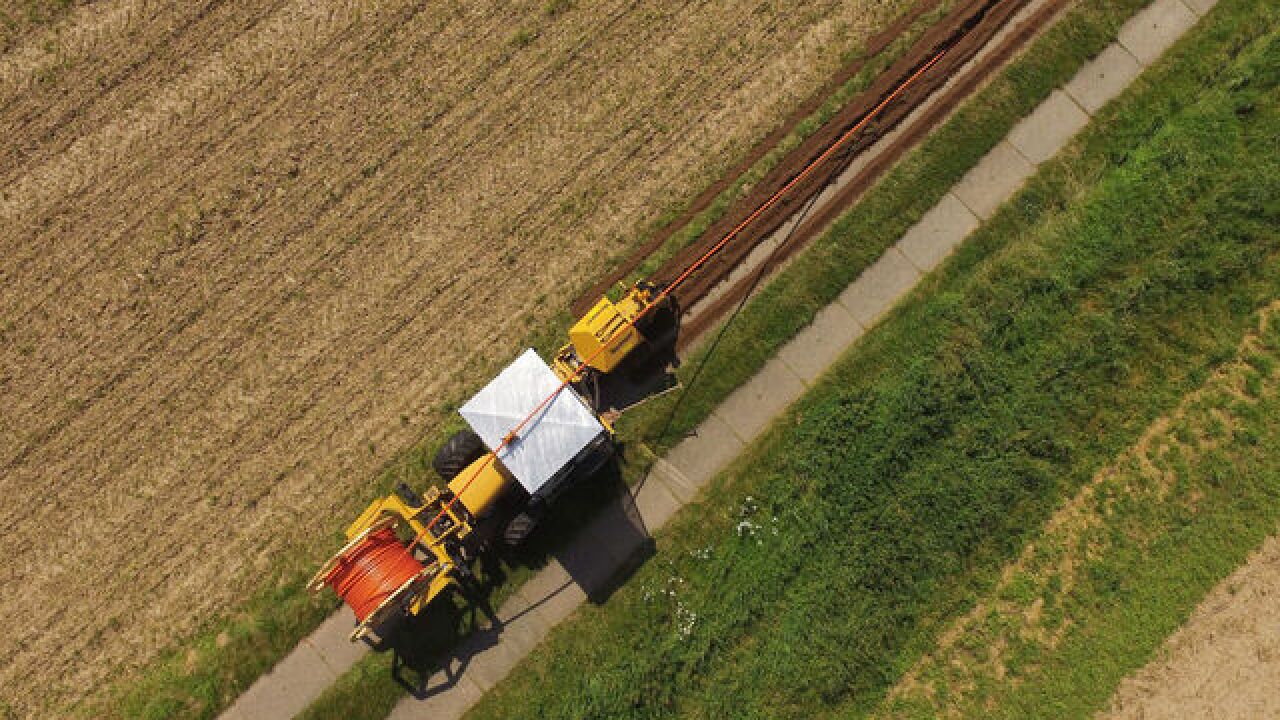 2017 Getty Images
Sean Gallup
<p>HALDENSLEBEN, GERMANY - AUGUST 23: In this aerial view a worker drives a specialzed vehicle that is laying tubing used for running fiber optic cable underground during the installation of broadband infrastructure by a private company called MDDSL on August 23, 2017 near Haldensleben, Germany. The German government is subsidizing efforts to improve broadband access in rural areas. Germany faces elections on September 24 and rural development is a strongly political issue. (Photo by Sean Gallup/Getty Images)</p>

DENVER – Gov. John Hickenlooper signed two bills Tuesday aimed at increasing rural Colorado’s broadband internet services and upping the speed by which the infrastructure for the services is built.

Senate Bill 2 was among the first bills filed in this year’s session and its passage was seen as a victory for both parties. The accompanying Senate Bill 104 will allow more leeway for the state to get funding for the infrastructure deployment from federal sources.

Both bills, proponents say, will be a boon to rural parts of the state where people have for years argued they have been unable to enjoy the same economic and education growth seen in places like Colorado’s Front Range because of a lack of high-speed internet services.

Under Senate Bill 2, money will be reallocated from a state fund historically used to fund phone services in rural Colorado and sent to the new broadband investment fund over the next five years.

Because Hickenlooper also signed Senate Bill 104, the state will be allowed to seek waivers from the Federal Communications Commission (FCC) so it can get federal money earmarked for rural broadband infrastructure. States are currently barred from applying for such funds without seeking a waiver or petition.

The money from the state fund, and any possible federal money that comes in, is meant to offset costs that companies installing the infrastructure will incur, which won’t be repaid by users through bills despite a surcharge.

A fiscal analysis of Senate Bill 2 showed about $115 million in state grant money was expected to be available between 2019 and 2023 for the program, though some worried that the money still might not be enough and that rural Coloradans could still have to pay more on their bills.

In January, ahead of the session, Hickenlooper said he expected to get a rural broadband measure passed, as both parties and both chambers had sought to do so in recent years.

“We reminded everyone: The collaborative Colorado way is the best way,” Hickenlooper said at the time.

The measures had support from both parties and from some farmers and medical workers who said that having broadband access in rural parts of the state would be life-changing for their industries.