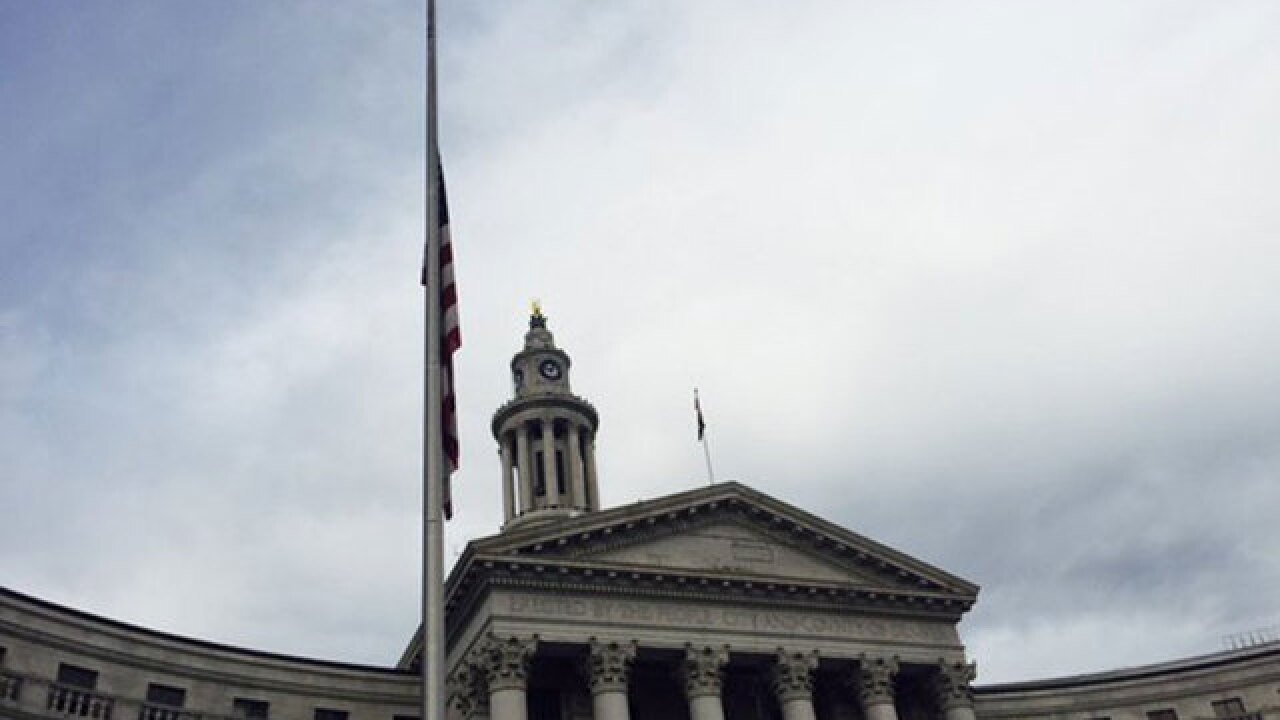 DENVER – Colorado Gov. John Hickenlooper on Monday ordered flags to be lowered to half-staff across the state until sunset Saturday to honor the late Sen. John McCain, who died Saturday of brain cancer.

“John McCain dedicated his life to serving this country. We (and the world) lost an incredible leader. He could never have imagined how much he’ll be missed,” Hickenlooper said in a statement.

U.S. Flag Code requires flags be lowered “on the day of death and the following day for a Member of Congress.” However, flags at the U.S. Capitol, where McCain will lie in state later this week, remained at half-staff Monday.

By Monday afternoon, the flag atop the White House was back at half-staff after uproar from the American Legion and scores of other people in the political world.

UPDATE: The flag atop the White House is back at half-staff. pic.twitter.com/DwVGFQgU0x

Shortly after the flag was again lowered, the White House sent out a statement from President Trump officially declaring the flag be flown at half-staff. He also confirmed he wouldn't be attending McCain's funeral but that aides would be instead.

"Despite our differences on policy and politics, I respect Senator John McCain's service to our country and, in his honor, have signed a proclamation to fly the flag of the United States at half-staff until the day of his internment.

"I have asked Vice President Mike Pence to offer an address at the ceremony honoring Senator McCain at the United States Capitol this Friday.

"At the request of the McCain family, I have also authorized military transportation of Senator McCain's remains from Arizona to Washington, D.C., military pallbearers and band support, and a horse and caisson transport during the service at the United States Naval Academy.

"Finally, I have asked General John Kelly, secretary James Mattis, and Ambassador John Bolton to represent my Administration at his services."