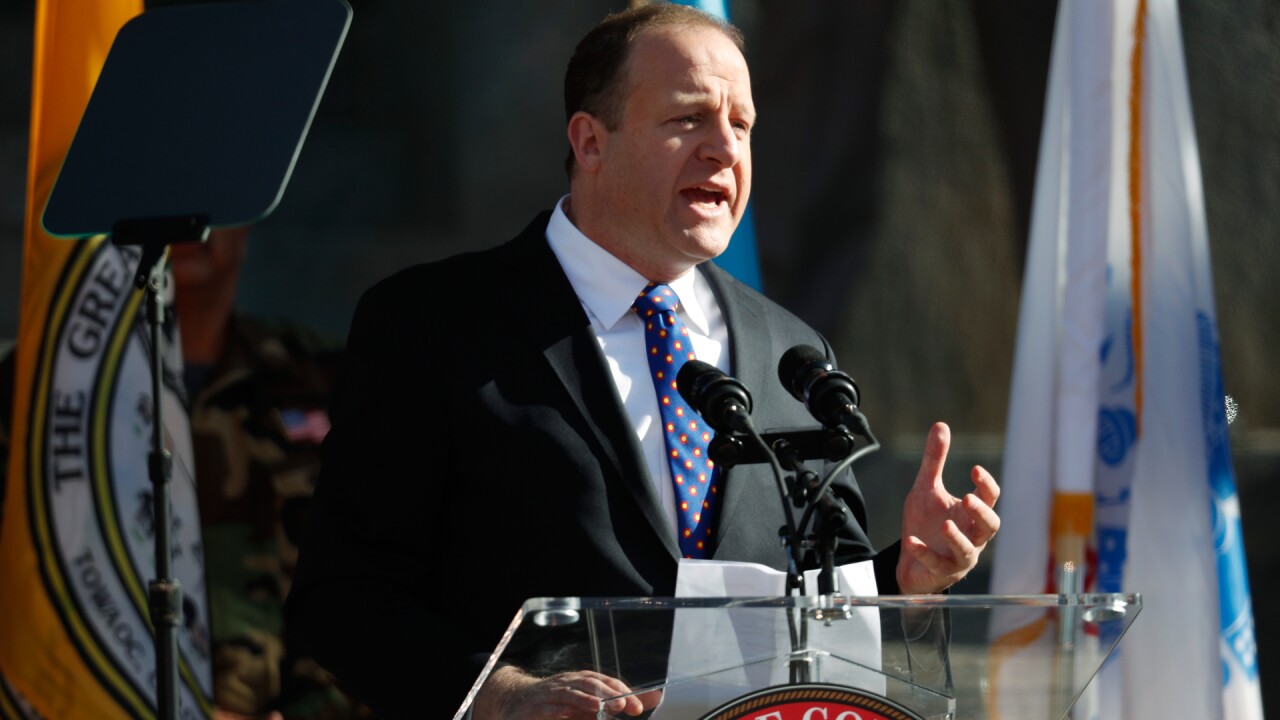 Copyright 2019 Scripps Media, Inc. All rights reserved. This material may not be published, broadcast, rewritten, or redistributed.
Pool Photos (AP / The Denver Post)
Colorado Gov. Jared Polis delivers his first inaugural address after he was sworn in as governor on Tuesday, Jan. 8, 2019.

DENVER – Colorado’s Democratic Governor Jared Polis will speak Friday at the Western Conservative Summit in Denver – the first time an elected Democrat will address one of the largest annual gatherings of political conservatives in the country.

Polis, who currently faces a long-shot recall effort by some Colorado conservatives, will address the summit at 9:45 a.m. Friday on the first day of the event at the Colorado Convention Center.

Among the other speakers set for Friday morning’s session are HUD Secretary Ben Carson. Ken Starr will be speaking in the afternoon, and Friday evening’s big-name speakers include Sen. Cory Gardner, Donald Trump Jr. and Charlie Kirk.

The governor’s appearance was announced Thursday morning, less than 24 hours before the Centennial Institute and Colorado Christian University’s annual event is set to kick off in downtown Denver.

It also comes as proponents for the Dismiss Polis recall campaign work to gather more than 631,000 valid voter signatures by Sept. 6 to try and get a recall question on a ballot. The group says they are unhappy with several of the bills Polis signed this year, though he voiced early support for many of them. And the recall efforts have been roiled with infighting between conservative groups.

His appearance also comes after a statewide poll showed 50% of likely voters in next year's election view Polis favorably in Colorado, compared to 35% of respondents who said they didn’t. But he had a -54% favorability rating among Republicans in the poll.

Western Conservative Summit spokespersons said that Polis’ speech will be the first given to the summit by an elected Democratic official.

For more information on the summit and to get tickets, click here.