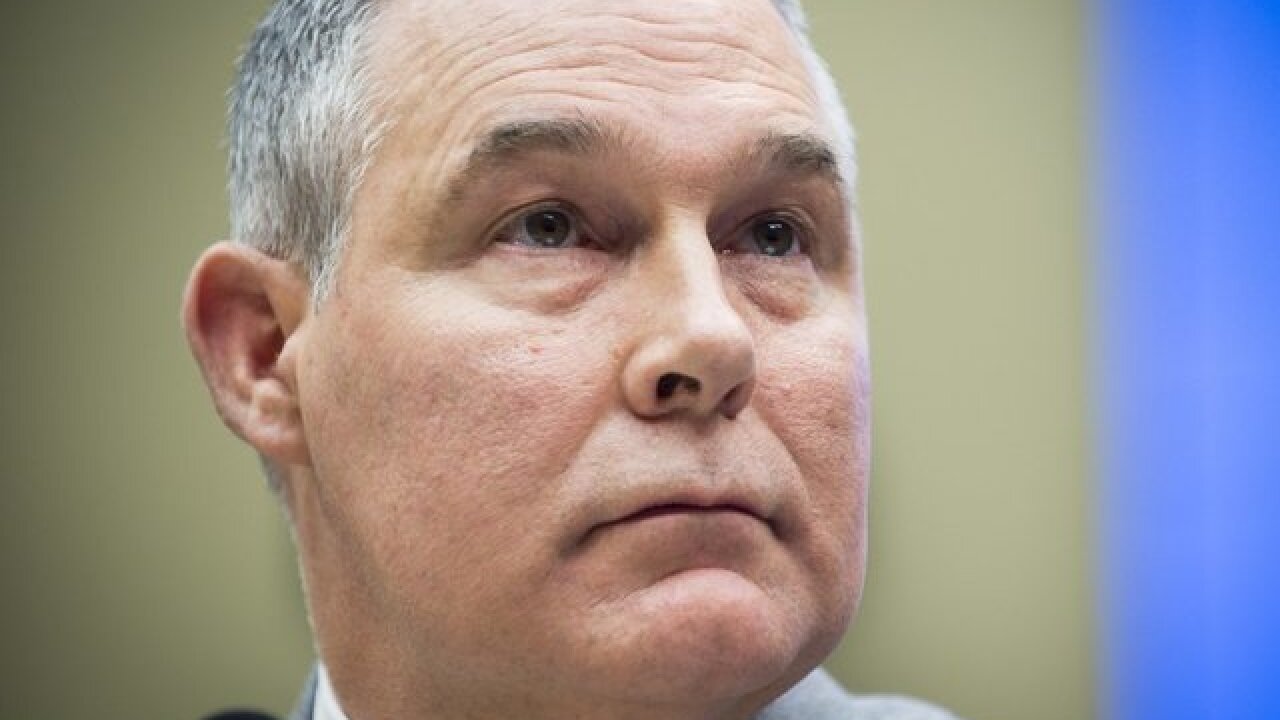 DENVER – Colorado’s Democratic members of Congress are cosponsors of identical resolutions introduced Wednesday in the U.S. House and Senate calling on Environmental Protection Agency Administrator Scott Pruitt to resign amid a series of scandals.

But the introduction of formal resolutions represents a new step. The Senate Democrats who signed onto the measure say that it has more cosponsoring senators than any other previous resolution calling for a Cabinet official to resign.

The resolutions say that Pruitt should resign because he has flouted government ethics on multiple occasions. The Government Accountability Office found he violated federal law when he hid the purchase of a $43,000 soundproof both for his office. He was also reported to have reassigned a staffer who disagreed with his ask to turn on emergency lights when Pruitt was late to a private dinner.

And last year, Pruitt drew fire after  he ordered a private plane from Denver to Durango  and turned down an offer to ride on Gov. John Hickenlooper’s state plane on a trip to the Gold King Mine that also included Bennet and several other members of Congress from Colorado.

That was among several uses of private planes or first-class travel by Pruitt that have put him under fire in addition to the other scandals.

The cosponsors of the resolutions also say that Pruitt has ignored the EPA’s mission of protecting the environment.

“Believing in climate change should be a requirement for an EPA Administrator,” Bennet said in a statement Wednesday. “Not only does Administrator Pruitt fail on this front, but he’s also proven that he cannot be trusted with taxpayer dollars.”

Both Polis and Perlmutter pointed to the seven active investigations into Pruitt’s spending and other actions as reasons for cosponsoring the measure.

“He needs to be held accountable for his failures at @EPA,” Perlmutter tweeted. “He needs to resign.”

"Enough is enough," DeGette tweeted Wednesday. "For months, our committee has prompted numerous investigations into his shady actions, and the findings so far make it clear: We must #BootPruitt."

Pruitt and his spokespeople have maintained Pruitt did nothing wrong in regards to most of the allegations.