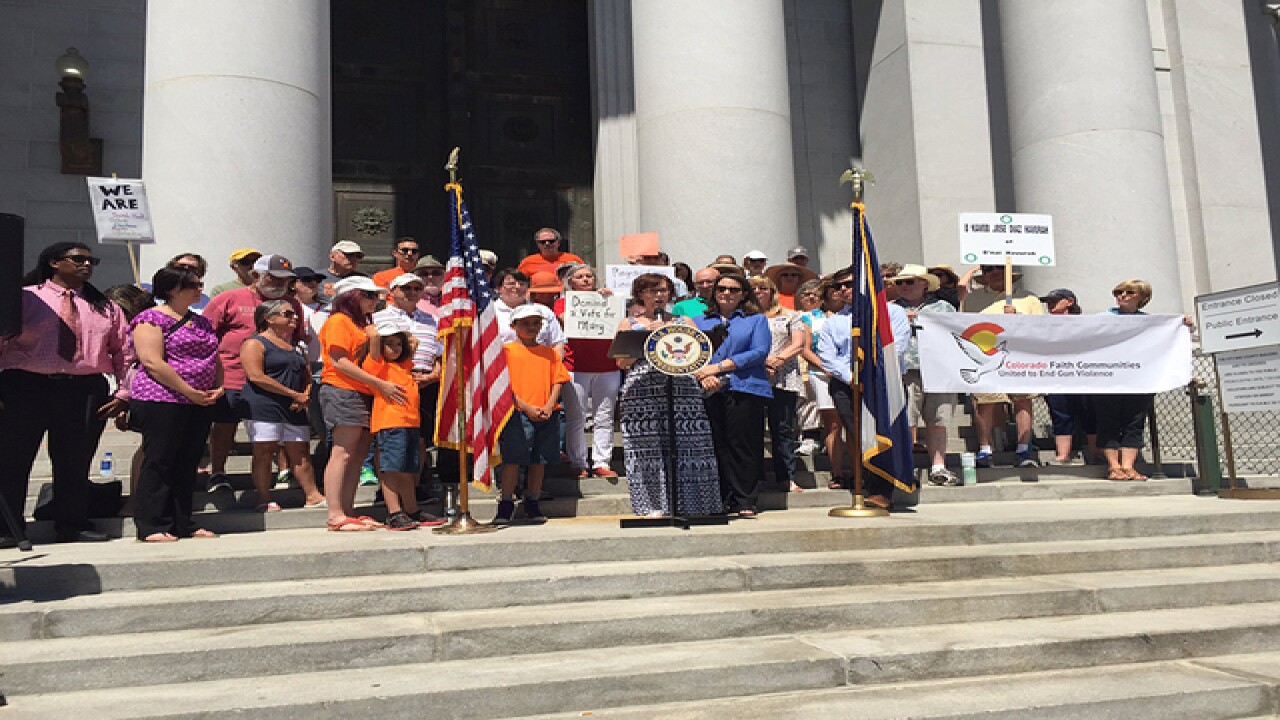 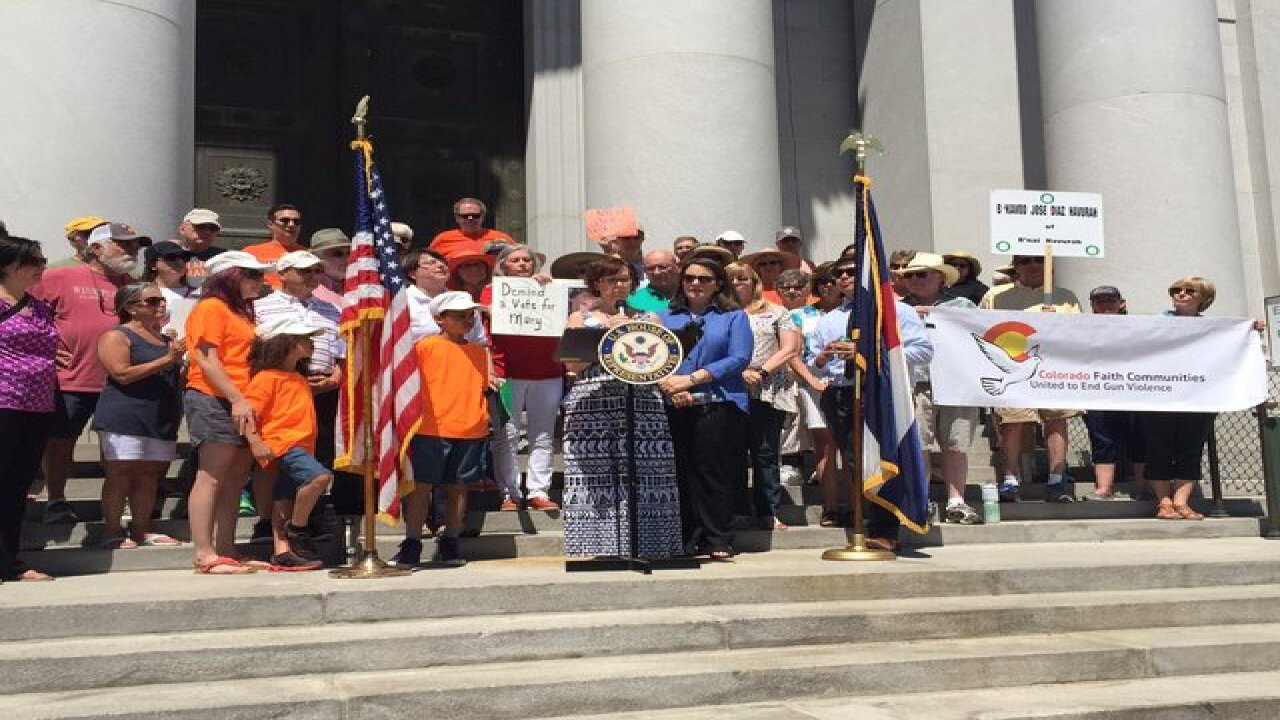 Colorado congresswoman Diana DeGette held a gun control rally at the Denver City and County Building Sunday, asking for a re-instatement of an assault weapon ban.

A small group gathered on the building's steps, called for tightened gun control and asked members of the public to call their congressmen.

DeGette also called for "Legislation to keep people on the terrorist watch list from getting guns and to instate the criminal background check."

Degette recently participated in a gun control sit-in at the House floor in the nation's Capitol.

"Last week, I witnessed a group of rule makers break the rules so they could make more gun rules that criminal rule breakers will ignore. I urge my colleagues to let the House get back to work so we can focus on threats to the American people, like Zika and ISIS," said Republican representative Ken Buck, in a statement.

Speaker of the House, Paul Ryan, dismissed the 26-hour sit-in as a political stunt, aimed at raising money in the aftermath of the Orlando mass shooting.