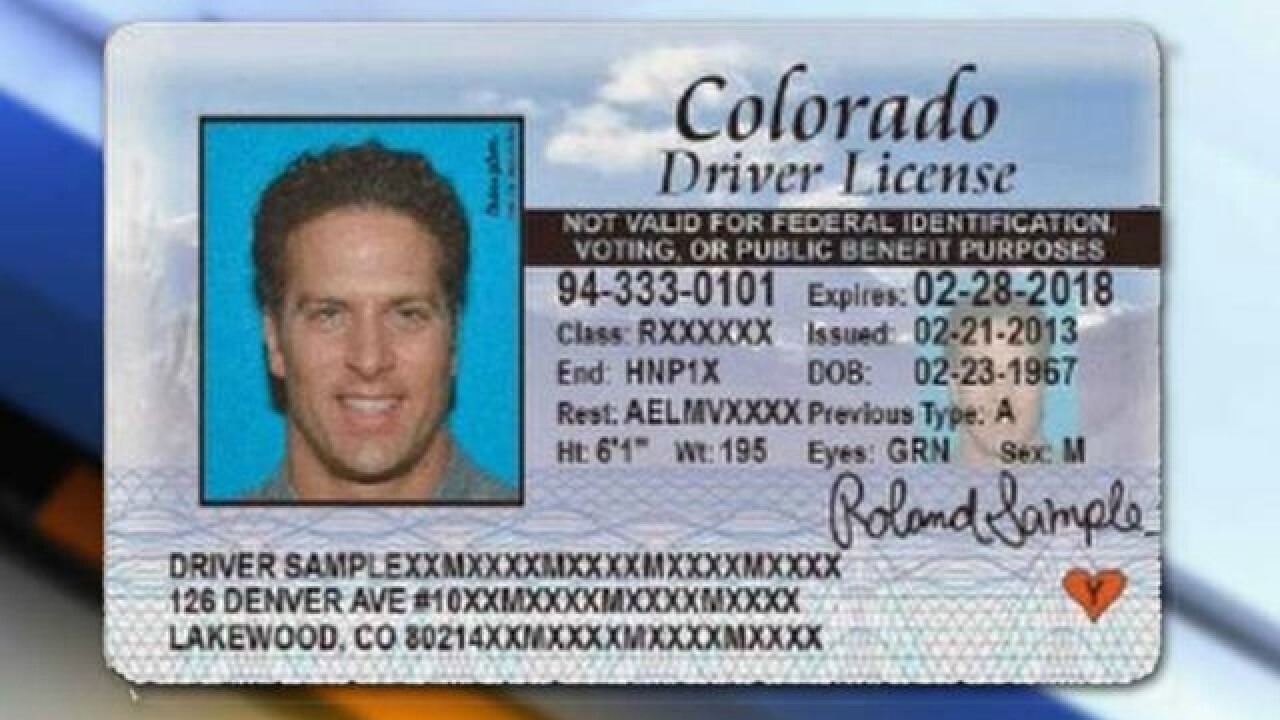 DENVER (AP) — A bill to let unauthorized immigrants renew their Colorado driver's licenses online or by mail has died in the Senate.

Republican Sen. Don Coram, a co-sponsor, argued that many farm and other employers depend on their workers to be able to drive safely and legally.

Colorado began issuing the licenses in 2014. The first come up for renewal in August.

Immigrants who can prove they live in Colorado are eligible, but only three Department of Motor Vehicles locations issue the licenses.

Among other things, the bill aimed to avoid worsening a months-long waiting period.