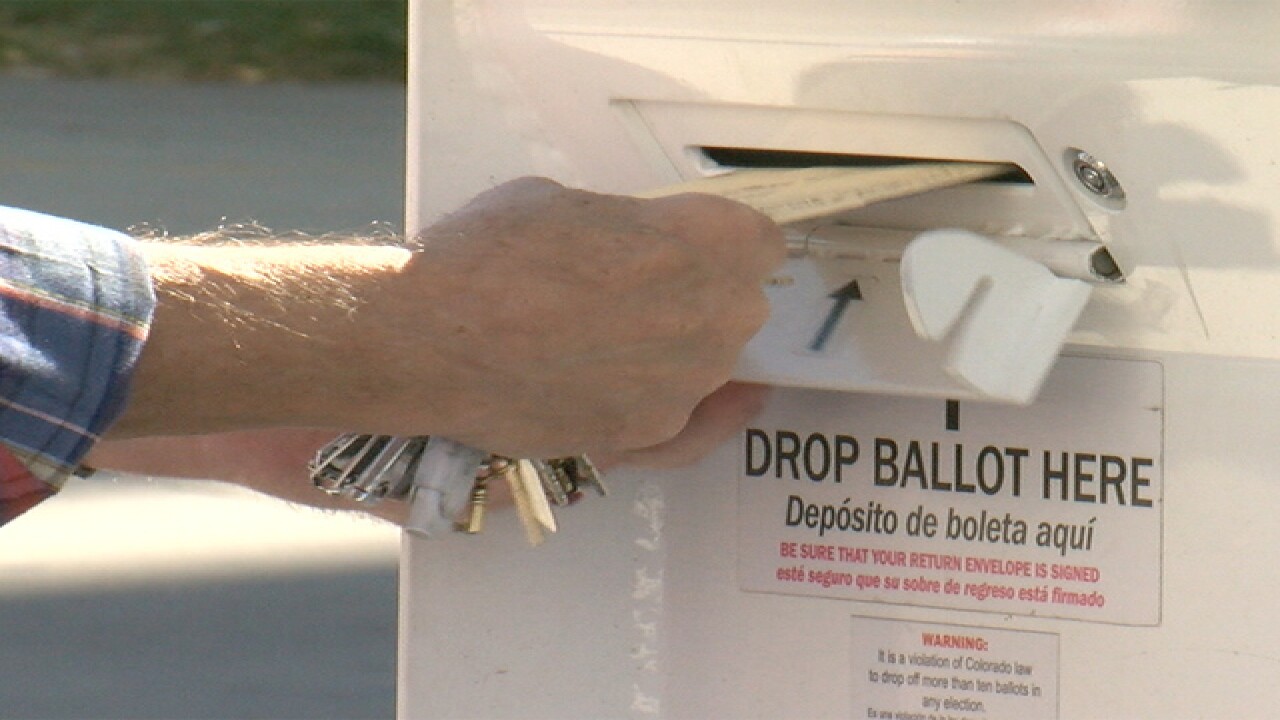 Both measures were sent to the ballot by the Democrat-led Legislature, in accordance with the Taxpayer's Bill of Rights, a 1992 amendment to the state constitution that requires voter approval of any tax increases, bonding or revenue retention measures.

Supporters of Proposition CC hope its passage would lead to the state investing billions of dollars in modernizing roads and schools to keep up with rapid population growth.

Backers of Proposition DD, the bipartisan sports betting proposal, were counting on Coloradans' previous willingness to approve "sin taxes" — in this case to bring sports gambling out of the black market and tax it to pay for water conservation.

Colorado voted in 2012 to legalize marijuana, but voters have rejected past tax ballot measures intended to boost education spending. School and transportation measures were defeated in 2018.

A simple majority is required for either proposition to pass.

Proposition CC is not a hike in tax rates but would allow state government to permanently keep revenue in years when it exceeds a complicated cap set in part by theTaxpayer's Bill of the Rights, or TABOR.

The money would be split three ways among K-12 schools, higher education and roads. Voters in dozens of municipalities have approved similar measures for schools and public safety.

Republicans and other opponents, including Americans for Prosperity, argue that TABOR has allowed the private sector to fuel Colorado's robust economy and checked state government growth.

Proposition DD would allow online and in-person wagering on professional, collegiate, motor and Olympic sports starting in May. It would dedicate a limited revenue stream to a state water conservation plan that seeks to meet the future needs of the Denver metropolitan area, Colorado's agriculture and outdoor recreation industries, and commitments to Southwest states that rely on the Colorado River.

Voters are considering a 10% flat tax on internet sports betting proceeds. Companies operating 33 casinos in Colorado could seek licenses for onsite betting as well as online and sports gambling apps. Operators would determine their own cash limits on bets.

Legal sports betting has grown since New Jersey won a U.S. Supreme Court case in 2018 allowing all 50 states to offer it.