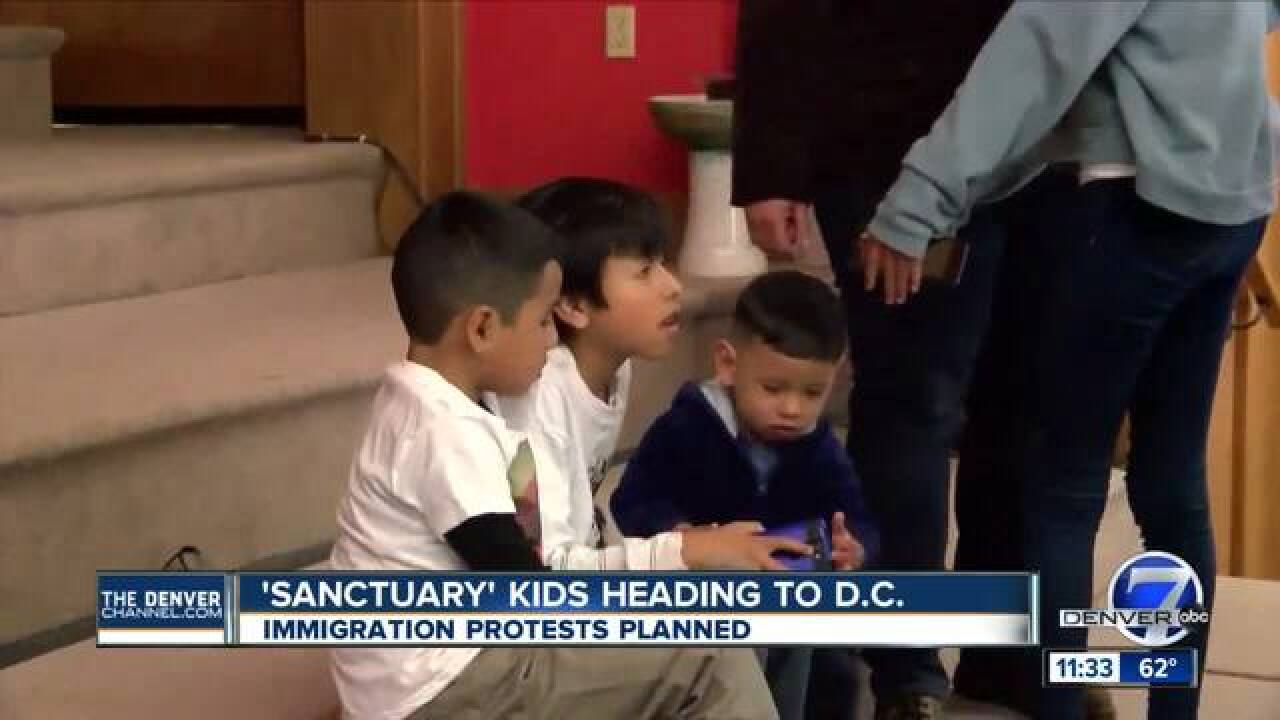 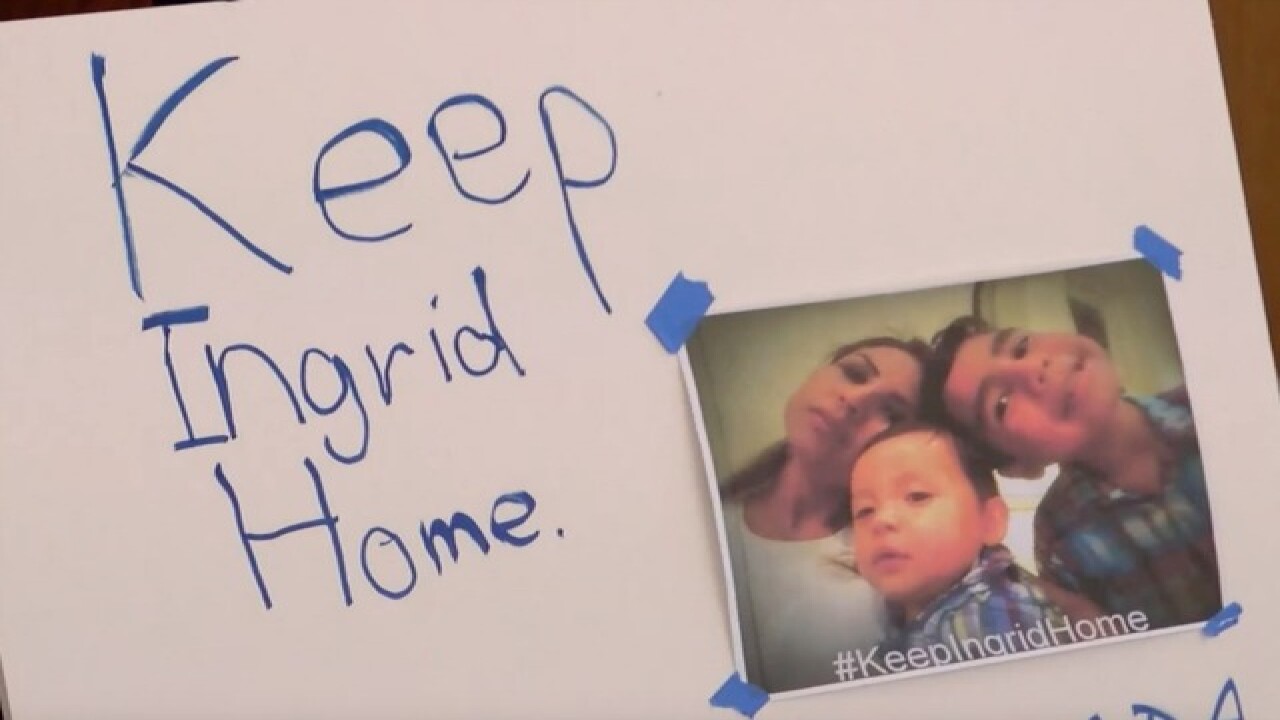 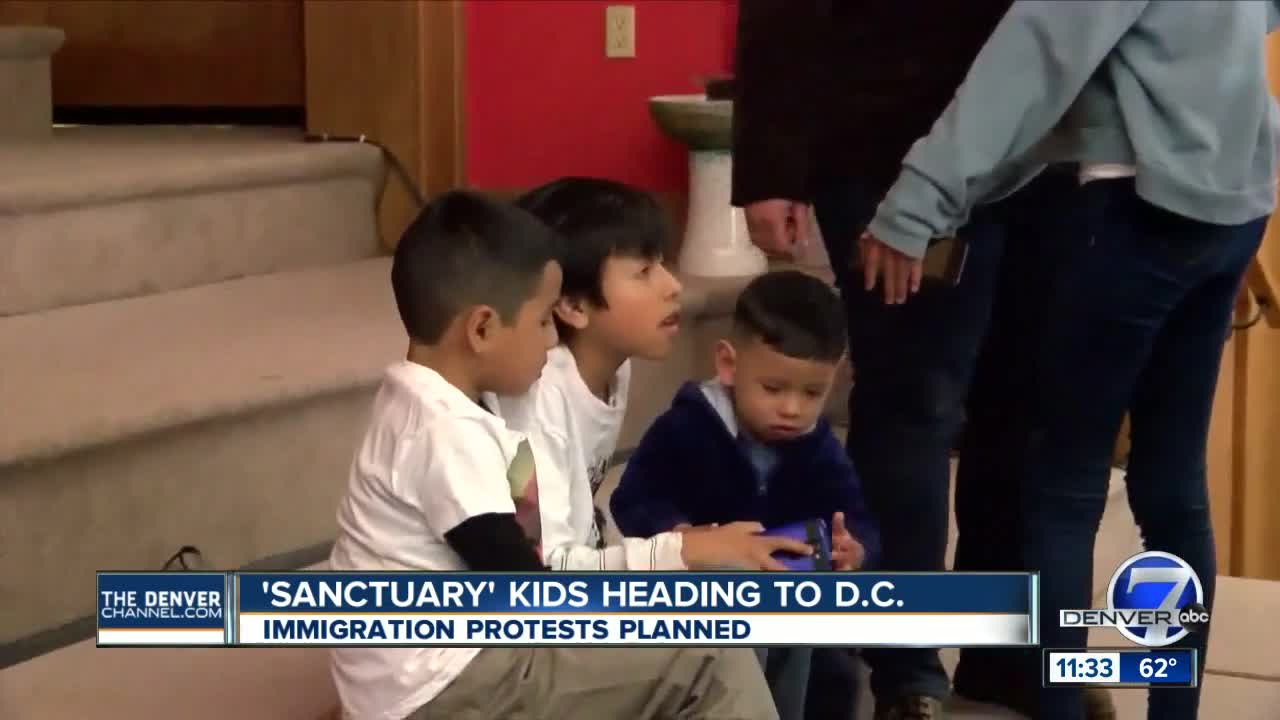 DENVER – The American-citizen children of two undocumented women who have sought sanctuary inside Denver churches in the wake of their pending deportations are headed to Washington D.C. as part of a national rally to fight for broader immigration laws.

Jeanette Vizguerra and Ingrid LaTorre have both been living at Denver churches for months after they were scheduled to be deported by U.S. Immigration and Customs Enforcement.

LaTorre, a mother of two U.S. citizens who is originally from Peru, has been staying at the Mountain View Quaker meeting house since the end of November.

After being caught using false papers to work at a Denver-area nursing home, she was scheduled to be deported last fall, and has been staying out Mountain View ever since.

“I am doing this to not only stop my own deportation, but also to raise awareness that there are thousands of others like me – people whose only offense was to work and pay into the social safety net, and whose only desire is to live safely with our families,” LaTorre told Denver7 last year.

Vizguerra sought sanctuary at the First Unitarian Church in Denver’s Capitol Hill in February when she failed to show up to a regularly-scheduled immigration check-in because she learned she would be deported if she did.

A Mexican native, she has a pending U-Visa and had been successfully granted several stays of deportation over the years before her last request was denied. Vizguerra has misdemeanor convictions for possession a forged instrument and illegal entry.

But both women have children who were born in the United States and are thus American citizens.

On Wednesday, three of those children announced they were leaving Wednesday to Washington as part of the We Belong Together Kids Caravan.

Two of Vizguerra’s children – 13-year-old Luna and 10-year-old Roberto – and Latorre’s son, Bryan, will join other children from across the country who are fighting to stop the deportation of their family members and to urge Congress to find new paths to legalization for undocumented immigrants.

“We need all the support we can get because I don’t think it’s fair for people not being able to live with their children and not spending time with them,” Luna said.

Vizguerra says she never thought her kids would have to take part in political protests on her behalf, but added that she hopes their message hits home for politicians in Washington. Roberto had a pointed message already prepared, saying he wants “to tell Donald Trump to stop deporting people.”

“It’s just sad that he’s deporting mothers and fathers from kids, and kids are just going to have to live in foster homes or something,” he said.