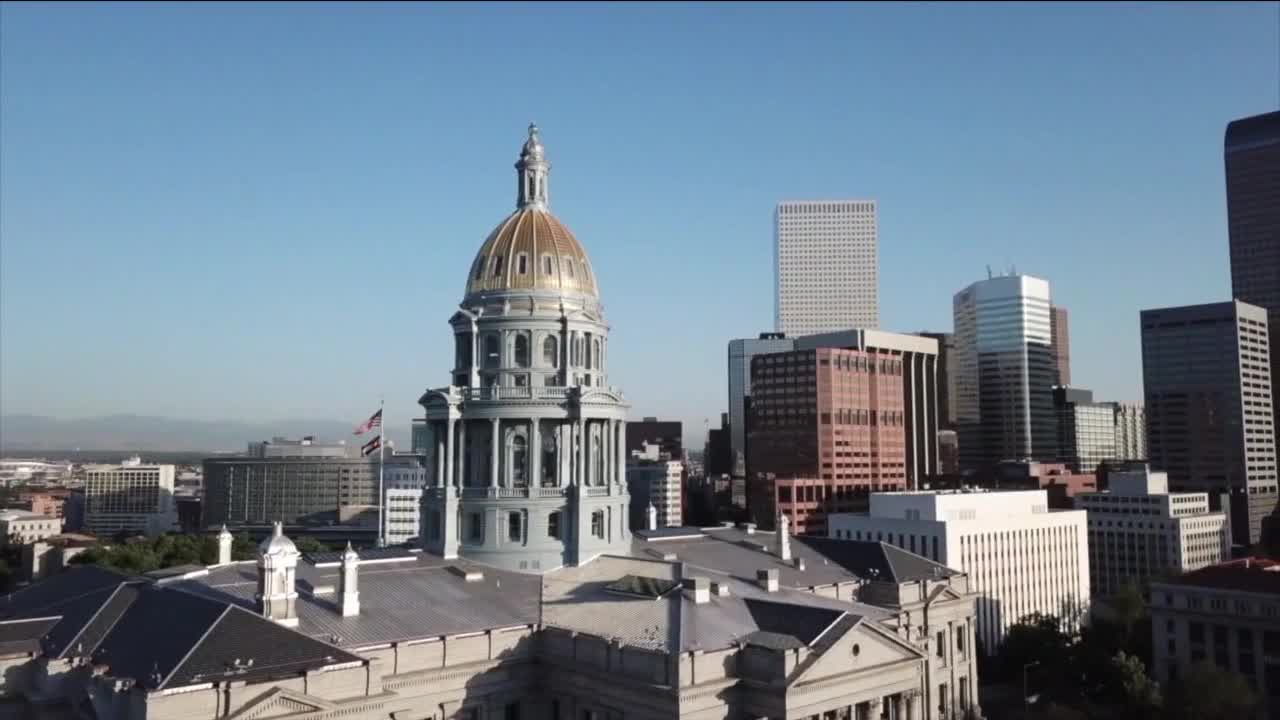 DENVER — A bill that would end certain tax exemptions for some businesses and individuals is drawing a deep divide between Democrats and Republicans in the Colorado legislature.

House Bill 1420, otherwise known as the Tax Fairness Act, was introduced Monday and is quickly making its way through the legislative process.

The bill’s cosponsors say the money generated from ending these exemptions would help the state’s education system, which faced deep cuts this year as the state legislature dealt with a $3.3 billion budget shortfall.

However, critics of the bill say it will hurt businesses that are already struggling to survive the pandemic and shutdowns, and could cause some to either close shop for good or leave the state in favor of a place with more business-friendly tax laws.

“I begged and I pleaded with the bill sponsors to withdraw this bill,” said Rep. Richard Holtorf, a Republican who represents Colorado's 64th District.. “This is going to hurt Colorado. You can try to justify your way to find funding for schools. There are many ways to do this but this is the wrong way.”

At the heart of the bill are tax cuts that were offered to businesses and individuals in 2017 and through the Coronavirus Aid, Relief and Economic Security Act, otherwise known as the CARES Act.

Currently, Colorado follows the federal tax code, meaning whatever cuts are enacted by the federal government are mirrored by the state. By decoupling, Colorado would have the choice of whether to follow those exemptions or to do away with them.

“We don’t think Washington has done a good job with tax policy over the past few years. We’re going to create a Colorado tax policy and we’re going to do that to stave off cuts that are going to affect our teachers and students,” said bill cosponsor Rep. Matt Gray, a Democrat who represents Colorado's 33rd District.

For him, these ideas are not necessarily new; before the pandemic forced the state legislature to recess for two and-a-half months, Rep. Gray said he had been working a bill like this along with Rep. Emily Sirota, a Democrat who represents Colorado's 9th District.

The dismal budget forecast and deep education cuts added to their urgency to get a tax bill passed this legislative session.

“We choose to avoid devastating education cuts by funding education instead of doing what Washington has told us,” Rep. Gray said.

HB 1420 caps the net operating loss deductions at $400,000. That is the cost of the product a company is producing versus its revenue. It would also eliminate the business’ ability to change their tax returns from previous years to write off those losses.

There are years when companies spend more money making a product than they do selling it, hoping their work will pay off in the future.

Republican Rep. Hugh McKean says this exemption is important for businesses, particularly during the COVID-19 pandemic.

“There’s going to be a lot of companies that have operated at a loss this year. They filled up inventory, they’ve built up what they will be able to sell next year, but they weren’t able to actually sell it this year. And, still being able to carry that loss over several years is important,” Rep. McKean said.

He argues this exemption offers the company sounder financial footing in the long run, gives the state more revenue overall and leads to more stable employment.

However, supporters of the bill say this would not affect 98% of the businesses in the state and others would simply have to spread out their losses over a couple more tax years.

Republicans are also concerned with a provision of the bill that does away with the energy use exemption.

Businesses are able to write off the cost of the gas, electricity and other utility costs businesses use to create a product.

Rep. McKean and other Republicans are worried that getting rid of this deduction will result in the cost of the product going up, which could hurt their competitiveness.

“I just think it’s so counterproductive to be adding extra burdens to businesses right now,” said Rep. Colin Larson, R-Jefferson County. “We’re going to drive so many businesses that are on the edge out of business because of this action.”

In total, there are nine business exemptions HB 1420 would eliminate. Along with the energy use and net operating loss deductions, the bill limits:

“This bill is a reasonable and measured approach to ensure that we do what we can to shore up K-12 education,” said Rep. Sirota.

She believes this bill is targeted enough that it will not hurt mom and pop shops.

Rep. Colin Larson doesn’t believe that is the case. He started Atlas Coffee several years ago and says a lot of business owners are running the revenues from their shop on their personal income taxes.

So, while it appears that they are making $1 million or more in revenue, that’s not accounting for the amount they spend on rent, employee salaries, inventory and more.

“Honestly, in introducing this bill the majority has exposed the fact that they fundamentally do not understand how businesses operate,” Rep. Larson said.

Beyond that, he insists the bill will force businesses to have to spend thousands more than they normally do on accountants since the federal and state tax exemptions will be separated.

“This is going to send a big flag to the business community that, 'Hey, Colorado is not an easy state to do business in,'” Rep. Larson said.

In the end, between businesses leaving the state and layoffs, he and other Republicans are concerned this could end up costing the state more money than it generates and hurt businesses that have already been hurt by the pandemic.

Numerous business groups have come out against the bill since its introduction, including the Denver Metro Chamber of Commerce, calling it short-sighted.

The bill does offer some tax relief for low-income workers by doubling the earned income tax credit beginning in 2023.

It also allows individual taxpayers to use an identification number for that earned tax credit instead of a social security number. This is important because it would allow immigrants to receive the tax credit as well.

According to the fiscal note, getting rid of the tax exemptions would generate more than $200 million the first year, which would mainly go to schools.

While some of the savings in future years would go to schools, the rest would go into the general fund for the legislature to spend.

After passing its final reading in the House Thursday, the bill still needs to get the senate’s approval before heading to the governor’s desk.

However, HB 1420 could be the first bill of the 2020 legislative session Governor Polis vetoes. He has expressed doubts over the bill twice publicly since it was introduced, including during a press conference Thursday.

“I don’t yet see a route for how that tax bill could become law. They obviously needs to be a negotiation with us. There hasn’t been in the last few days. We were made open to the conversation, the negotiation, but I don’t currently see a pathway for that bill into law,” Gov. Polis said.

For now, it will be up to the Senate to work through the finer details of the bill to see if there is a way forward. However, with only a day or two left in the legislative session, those conversations will need to happen quickly.