Best lines of the Democratic debate in Flint, MI 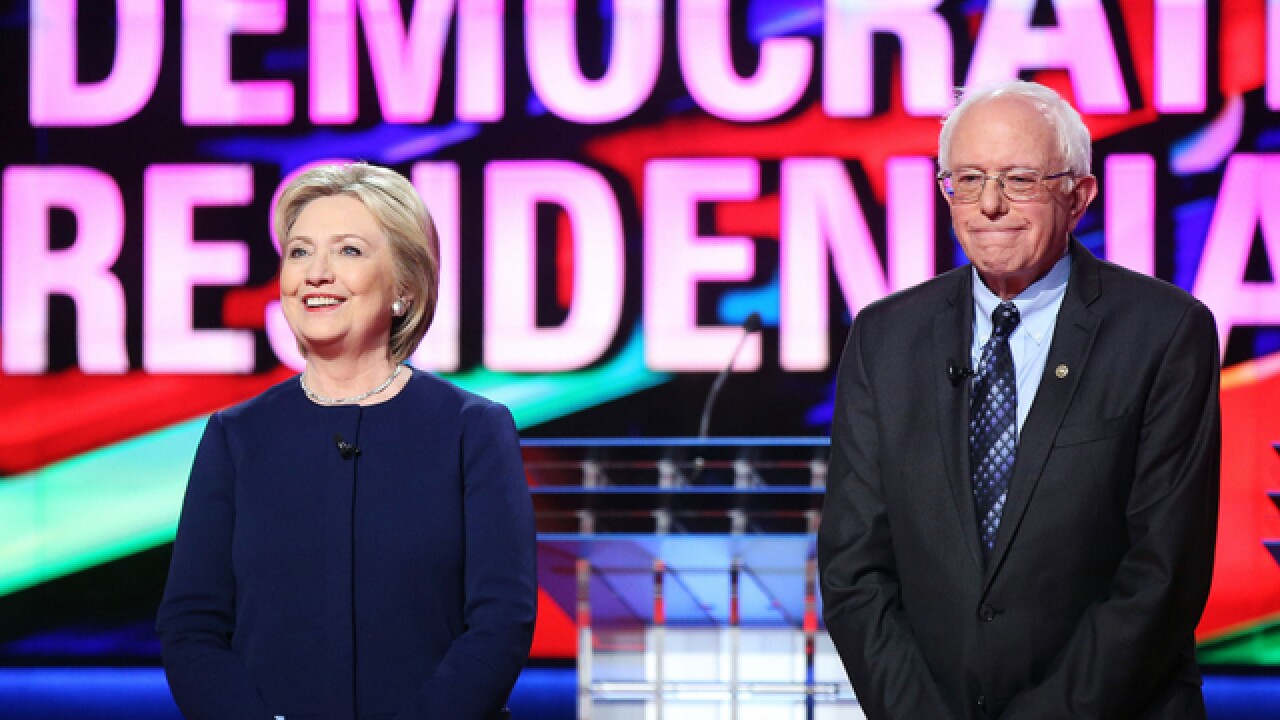 On Sunday, Democratic presidential candidate Hillary Clinton and rival Bernie Sanders faced off against each other at the seventh debate of the primary season in Flint, Michigan.

As the debate began, Sanders was declared the winner of the Maine Democratic caucuses, according to the Associated Press. Just a day earlier, on “Super Saturday,” Sanders won two states -- Nebraska and Kansas -- while Clinton scored a southern victory in Louisiana.

Here are the best lines of the debate, hosted by CNN:

ON THE WATER CRISIS IN FLINT, MICHIGAN

BERNIE SANDERS: “Over the last several weeks, I had the opportunity to meet with a number of residents of Flint, had a town meeting in Flint, and I have to tell you, what I heard and what I saw literally shattered me and it was beyond belief that children in Flint, Michigan in the United States of America in the years 2016 are being poisoned. That is clearly not what this country should be about.”

The Vermont senator followed up: “One of the points that I have made is I believe the governor of this state should understand that his dereliction of duty was irresponsible. He should resign.”

HILLARY CLINTON: “The governor should resign or be recalled and we should support the efforts of citizens attempting to achieve that. But that is not enough. We have to focus on what must be done to help the people of Flint.”

“I know the state of Michigan has a rainy day fund for emergencies. What is more important than the health and well being of the people, particularly children. It is raining lead in Flint; and the state is derelict in not coming forward with the money that is required.”

“I want us to have an absolute commitment to getting rid of lead. It's not only in water, but in soil and lead paint that is found mostly in older homes. That's why 500,000 children today have lead in their bodies.” “We were making progress on this in the 1990s. I worked with then senator Obama to get more money, more support to do more to remove lead. That has unfortunately been in many ways moved to a lower priority. I will elevate it and I will do everything I can. Water, soil, and paint. We will get rid of it.”

BERNIE SANDERS: “I am very glad, Anderson, that Secretary Clinton discovered religion on this issue. But it's a little bit too late. Secretary Clinton supported virtually every one of the disastrous trade agreements written by corporate America. NAFTA, supported by the secretary, cost us 800,000 jobs nationwide, tens of thousands of jobs in the midwest. Permanent trade relations costus millions of jobs. I was on a picket line against NAFTA because you didn't need a Ph.D in economics to understand that American workers should not be forced to compete against people in Mexico making 25 cents an hour.”

CLINTON AND SANDERS GET TESTY

SANDERS: If you are talking about the Wall Street bailout where some of your friends destroyed this economy --

CLINTON: If you are going to talk, tell the whole story, senator Sanders.

SANDERS: I will tell my story and you tell yours.

SANDERS ON BEING A ONE ISSUE CANDIDATE

SANDERS: “Secretary Clinton said I'm a one-issue person. I guess so. My issue is trying to rebuild a disappearing middle class. That's my one issue.”

CLINTON: “All I can say is that given the terrible pressures that the auto industry was under and that the middle class of this state and Ohio and Indiana and Illinois and Wisconsin and Missouri and other places in the Midwest were facing, I think it was the right decision to heed what President-elect Obama asked us to do. He sent a letter, an authorized letter, asking us to support that to save the auto industry. Were there things in it that you and I would not have necessarily wanted? That's true. When it came down to it, you were for saving the auto industry or against it. I voted to save the auto industry. I am very glad that I did.”

CLINTON: “I have said and I will say again, I will be happy to release anything I have as long as everybody else does too. What really is behind that question … is whether I can stand up to Wall Street. Let's have some facts instead of rhetoric for a change.”

CLINTON: “I believe so strongly that giving immunity to gunmakers and sellers was a terrible mistake. It removed any accountability from the makers and the sellers. It also disrupted what was a very promising legal theories to make guns safer and give sellers more accountability for selling guns when they shouldn't have. That is an issue that senator Sanders and I differ on, I voted against giving immunity, but we should move to appeal that and make sure they are like any other business. They can be held accountable.”

SANDERS: “Any lunatic tomorrow, any person can walk into a theater and do something horrific. For us to tell you that that will not happen would be untrue. What the president said, he said look, this is a tough issue. But we have got to do everything we possibly can to minimize the possibility of these mass killings. You are looking at a guy who comes from a rural state with no gun control. I have a D minus voting record from the NRA. You are looking at a guy who in 1988 lost a statewide election for congress because I was the only candidate who said you know what, I don't think it's a great idea in this country to be selling military style assault weapons which are designed to kill people. I lost that election by three votes. I agree with what the secretary said. We need to expand and improve the instant background checks. Bottom line is people who should not have guns in America should not be able to buy guns in America.”

CLINTON: “Senator Sanders voted for that bill and we both supported it. It's fair to say we did because back then there was an outcry over the rising crime rate. People from all communities were asking that action be taken. My husband said at the NAACP last summer, it solves some problems, but created other problems -- and I agree. One of the problems was unfortunately a move to expand the reasons why people would be incarcerated, not just at the federal level which is what this bill is about, but in states and localities as well. That's why the first speech that I gave this this campaign was about criminal justice reform and ending the era of mass incarceration. I believe absolutely that too many families were broken up. Too many communities were adversely affected.”

CLINTON: “Being a white person in the United States of America, I know that I have never had the experience that so many people in this audience have had. I think it's incumbent upon me and what I have been trying to talk about is to urge white people about what it is like to have the talk with your kids, scared that yours or daughters even could get in trouble for no good reason whatsoever -- like Sandra Bland -- and end up dead in a jail in Texas. I have spent a lot of time with the mothers of African-American children who lost them -- Trayvon martin's mother. I got to know them, I listened to them.”

SANDERS: “I was with young people in the Black Lives Matter movement. A young lady comes up to me and says you don't understand what police do in certain black communities. ‘You don't understand the degree to which we are terrorized. I'm not just talking about the shootings we have seen that we have to end, I'm talking about everyday activities where police officers are bullying people. You don't know what it's like to be living in a ghetto and to be poor. You don't know what it's like to be hassled when you walk down the street or get dragged out of a car.’ I believe as a nation in the year 2016, we must be firm in making it clear: We will end institutional racism and reform a broken criminal justice system.”

CLINTON AND SANDERS DEBATE THE 1990s

CLINTON: “If we are going to talk about the 90s, let's talk about 23 million new jobs and incomes went up for everybody and the median African-American income went up 33 percent at the end of the 90s and we lifted more people out of poverty than at any other time in recent history. We were on the right path. More jobs, rising incomes, along came George W. Bush and trickle down economics and brought us the great recession which thank goodness president Obama has been digging us out of ever since."

SANDERS: “Secretary Clinton is right: The 1990s created jobs and I supported many of your husband's initiatives. You know we deregulated wall Street that allowed it to end up destroying our economy. We passed NAFTA and other disastrous trade agreements that had a horrendous impact on African-Americans in particular in Detroit and all across this country. A lot of good things happened, but a lot of bad things happened. I voted against the trade agreements and ensuring wall Street.”