"The coverup that has ensued is worse than we saw during Watergate." 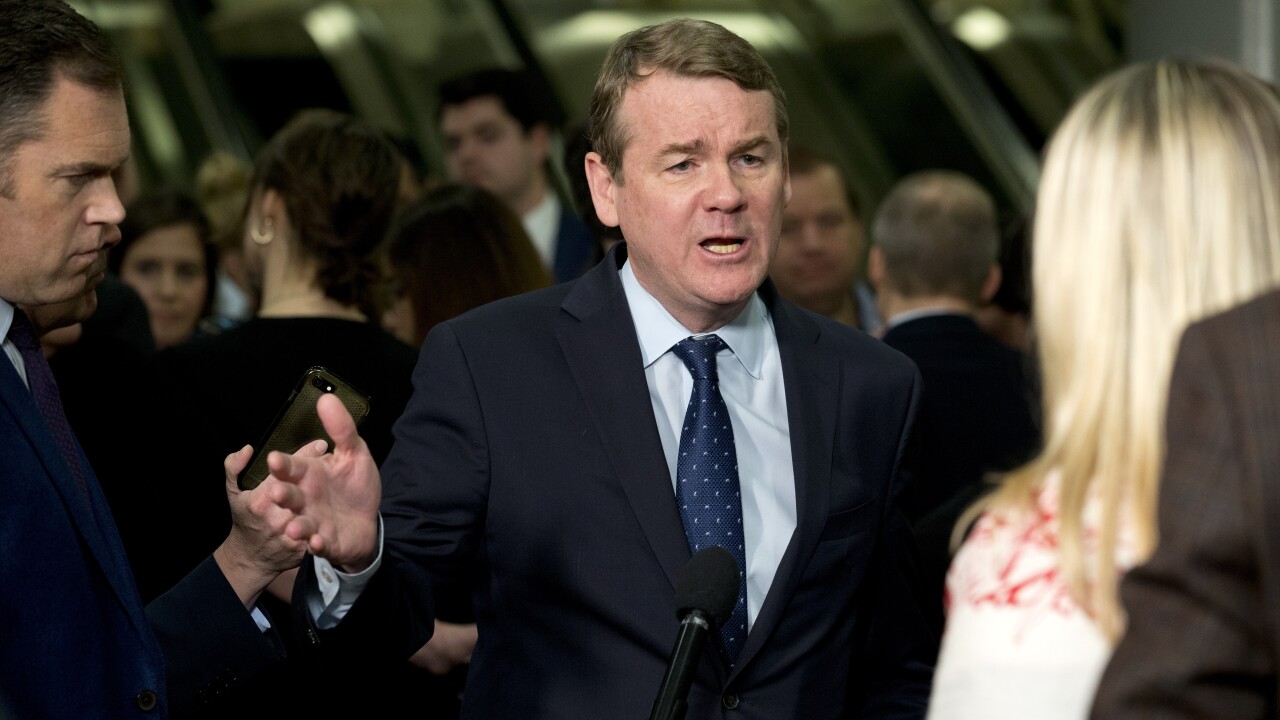 DENVER – Ahead of the third day of President Donald Trump’s impeachment trial, U.S. Sen. Michael Bennet, the Colorado Democrat and presidential candidate, said the country was in the midst of a constitutional crisis, and he was adamant that senators work to receive new witnesses and evidence in the trial lest they be derelict in their duty to the American people.

“This is a critical moment in American history, and I think we have a very important issue in front of us, which is whether the United States Senate is going to fulfill our Article I responsibilities and demand evidence and witnesses in the trial of Donald Trump,” Bennet said.

The senator from Colorado hosted a conference call with reporters in Colorado to discuss his experience in the trial thus far and said this was the time for Americans to stand up and care about the state of the government. And he slammed what he called obfuscation by the president, his team and many fellow Republicans of the facts of the case.

“I think a compelling case is being put in front of the Senate, and so far, it hasn’t been rebutted at all except by the president’s middle finger,” Bennet said.

President Trump was impeached by the House of Representatives in December on two articles.

The first was for abuse of office for withholding congressionally-approved military aid to Ukraine on the condition the nation’s new administration announce an investigation into former Vice President Joe Biden’s son, Hunter.

And the second was for obstruction of Congress when he and others in his administration stonewalled the impeachment investigation and did not adhere to subpoenas to testify in the House investigation.

Bennet said he had already seen “substantial evidence” that the president abused his office by withholding the Ukraine aid. And he called “appalling” the efforts by the president and his allies to spread a debunked conspiracy theory that Ukraine – not Russia – was responsible for meddling in the 2016 U.S. presidential elections, which the FBI has outright contradicted.

He said that if the vote on whether to convict Trump on the two articles was held Thursday, he would vote to convict “because there has been no exculpatory evidence presented at all,” he said.

“But this is not when we’re going to make the vote,” he added.

Bennet was sharply critical during the call of Senate Majority Leader Mitch McConnell's, R-Ky., initial rules as well as the modified rules that were finalized after hours of stinging debate between the two parties on Tuesday.

In the end, the rules were changed to allow impeachment managers and the president’s team three days each instead of two to lay out their cases in 24 hours. Senators will have 16 hours for questions after both sides finish their arguments. But Republicans voted down on party lines 11 amendments proposed by Senate Minority Leader Chuck Schumer, D-N.Y., that sought to subpoena documents being held by the Trump administration and several witnesses, like acting chief of staff and OMB director Mick Mulvaney and John Bolton, the president’s former national security adviser.

The senators will vote again after their 16 hours of questions whether to hear new witnesses and see the evidence that has so far been withheld.

Trump himself said Wednesday that his team still had documents not seen by the House or Senate.

“I thought our team did a very good job,” Trump said. “But honestly, we have all the material. They don’t have the material.”

Bennet excoriated the Republicans without saying their names for blocking the amendments for those new witnesses and documents.

Bennet said Thursday that McConnell’s claim that the trial would follow the rules under which the Clinton impeachment trial operated was false. He said that even if 51 senators vote again to block new witnesses and documents in the trial, he believed the information would come out at some point anyway and would prove harmful to the senators who blocked it from being released.

“Because someday, I suppose, it will all come out anyway,” Bennet said. “But if that comes out after the Senate had the opportunity to insist that we review them before we made our decisions, I think that would be a shameful day for the people in the Senate who voted to stonewall, to help cover up what President Trump has done.”

Bennet said he had been present for the “whole thing” a day after multiple senators left the floor for periods of time while the trial was ongoing. “I think not everybody is present, but a lot of people are present,” he said.

Sen. Cory Gardner, R-Colo., said on Friday he would be focused on the trial during its entirety and his office reiterated those sentiments Thursday.

"I am focused entirely on fulfilling my Constitutional duty as an impartial juror and my responsibility to listen to both sides present their case," he said in a statement.

Bennet said Thursday he hoped Gardner “is approaching this with an open mind.”

The House impeachment managers, which include Colorado’s Democratic Rep. Jason Crow, started Thursday with 16 hours and 42 minutes left of time to present their case through Friday, though they do not have to use all the time. Theoretically, the president’s legal team would start its presentation on Saturday morning.

Crow has spoken mostly about his military service and how the withholding of military aid for Ukraine would have affected their troops in their war with Russia during his time.

“Eventually, this will all come out. We will have answers to these questions. The question now is whether we will have them in time, and who here will be on the right side of history,” he said on the floor Tuesday.

Colorado’s Republican congressmen – who all voted against impeaching the president while Colorado’s Democrats all voted in favor of impeachment – have maintained their claims the president did nothing wrong in asking a foreign nation to investigate a political rival and that impeachment, rather than being a constitutional remedy, is about overturning the results of the 2016 election.

“Schiff is setting the stage for losing the 2020 the 2020 election against @realDonaldTrump. Dems can’t stand that they lost in 2016 & they’ll do everything in their power, including a #shampeachment to obstruct the next election. The American people should decide who they want as @POTUS,” Rep. Doug Lamborn, R-Colo., tweeted Thursday as the hearing got underway.

But Bennet said that those claims had no merit and said Americans were watching and experiencing historic events.

“I think the abuses that have been alleged – I’m not saying they’ve happened – but the abuses that have been alleged are as serious as we’ve seen in a generation and probably more than a generation,” Bennet said. “And the coverup that has ensued is worse than we saw during Watergate. And I hope that everybody who has a responsibility to stand up for the democracy at this moment is going to do it.”

Editor's Note: This story has been edited to note that Gardner's office did respond to a request for comment for this story.