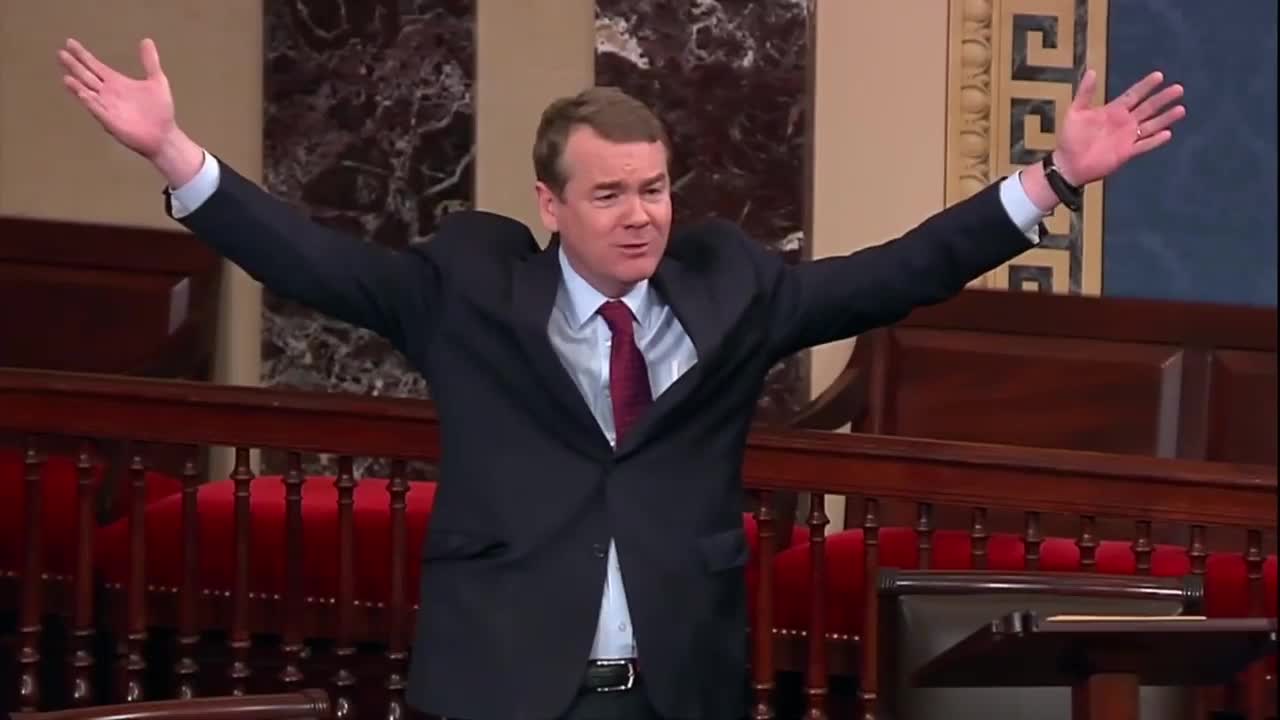 Bennet tore into Sen. Ted Cruz, R-Texas, ahead of the votes, blaming Cruz and other Republicans for the ongoing shutdown over a wall and border security measures he put into his Gang of Eight comprehensive immigration bill in 2013, which passed the Senate at the time with 68 votes and was never brought up in the Republican-led House. 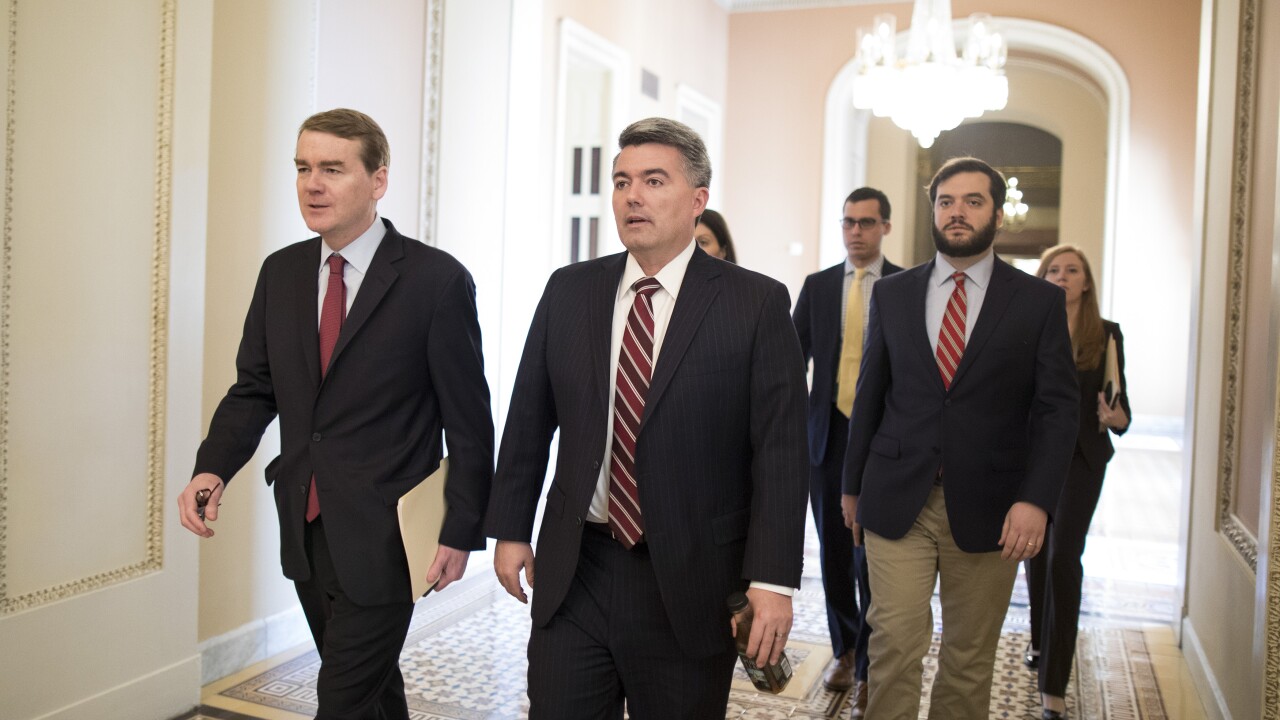 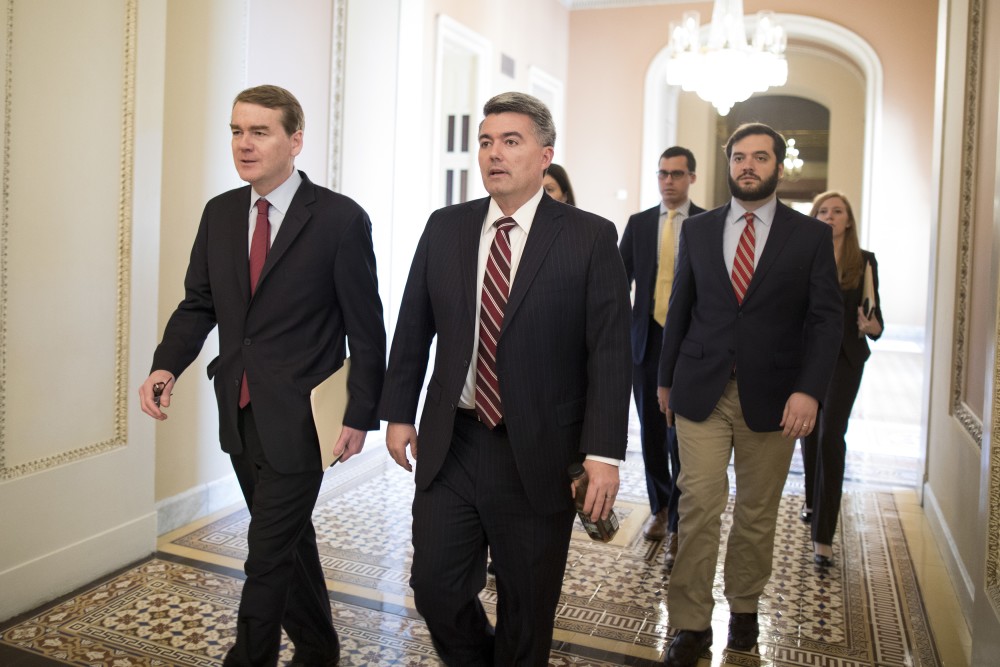 DENVER – Two votes to reopen portions of the federal government held in the U.S. Senate Thursday failed, as Colorado’s Republican Sen. Cory Gardner voted for both and Democratic Sen. Michael Bennet supported only the “clean” measure backed by Democrats that did not contain the president’s sought-after $5.7 billion in border wall funding.

Both measures – one backed by Trump and most Republicans that included the wall money and another that was a clean two-week funding bill backed by Democrats that already passed the House – needed 60 votes to pass the Senate, and neither got 60.

The Trump plan failed in a 50-47 vote, while the Democrats’ measure failed in a 51-47 vote. Sen. Joe Manchin, D-W.V., was the lone Democrat to vote in favor of the wall measure, while six Republicans joined Democrats in voting for the clean bill, including Gardner.

Gardner has said for weeks he doesn’t think the government should be shut down while border security negotiations are ongoing. With the partial government shutdown on its 34td day Thursday, Gardner pledged before the votes to support both.

“I’ve consistently been against government shutdowns because I don’t think they are the right way to govern,” Gardner said in a statement before blaming Democrats for the shutdown that President Trump said he would own.

Bennet, meanwhile, tore into Sen. Ted Cruz, R-Texas, ahead of the votes, blaming Cruz and other Republicans for the ongoing shutdown over a wall and border security measures he put into his Gang of Eight comprehensive immigration bill in 2013, which passed the Senate at the time with 68 votes and was never brought up in the Republican-led House. Bennet and Gardner also worked together on several immigration bills in 2017 and 2018 that had some of the same things that the president is asking for now.

Bennet was referring to the floods that ravaged Colorado in September 2013 and left the state recovering during a government shutdown that lasted from Oct. 1-17 and was encouraged by Cruz and other conservatives in an attempt to delay the implementation of funding for the Affordable Care Act. Bennet then took after Republicans who have dug their heels in on the president’s latest demand for $5.7 billion in wall money while the shutdown continues.

“How ludicrous is it that this government was shut down over a promise the president of the United States couldn’t keep and that America is not interested in having him keep?” Bennet said. “This idea that he was going to build a medieval wall across the southern border of Texas, take it from the farmers and ranchers that were there, and have the Mexicans pay for it isn’t true. That’s why we’re here. Because he’s now saying the taxpayers have to pay for it. That’s not what he said during his campaign.”

Among other things in a 20-minute speech, Bennet railed against the House Freedom Caucus, which he said had “completely distorted” the Republican party in Congress, and against the increasing deficits, which he blamed on Republican actions.

“For some reason there is a generation of politicians in America today who don’t think it’s necessary to live up to the standard that they set, and the standard plenty of other people have set from the founding of our country 230 years ago until today,” Bennet said. “I don’t even know what day it is anymore of this record-long shutdown. But the pretext for it is an invention. It’s a creation of something in the president’s mind.”

Though the two votes failed, senators were discussing other options to try and end the shutdown shortly after the votes. But in his speech, Bennet pleaded to end the shutdown for the sake of federal workers.

“The least we could do is reopen our government and stop pursuing this self-inflicted harm that it creates to have hundreds of thousands of federal workers out of work, not being paid, not able to support their families – all while we continue to stand on this floor having mindless arguments that are going to do nothing to advance the future of our country,” Bennet said. “We shouldn’t shut the government down, as it has been in this case, for a campaign promise the president, I’m sure, knew he could never keep.”

White House Press Secretary Sarah Sanders said Thursday afternoon: "The President would consider a CR only if it includes a down payment on the wall." And documents reviewed by CNN on Thursday showed the White House was preparing a draft proclamation to declare a national emergency along the border and that the administration had identified more than $7 billion in possible funds.

Bennet told NBC's Chuck Todd Thursday afternoon that he had "no idea" what a down payment would mean. "It's not like there's a bunch of clarity that comes out of there," he added.