See a map of the proposed new areas at the bottom of this story.

It would also create a new designation of a National Historic Landscape to the Camp Hale area, where the U.S. Army’s 10th Mountain Division trained for WWII, and whose soldiers founded many of the ski areas and outdoor recreation opportunities in Colorado.

The two Democrats worked with communities in Eagle, Summit and Grand counties to put the proposal together.

Should the bill find support in Congress and be signed by the president, nearly 29,000 acres around Camp Hale would be designated as the first National Historic Landscape, which Bennet said would ensure future generations can learn about its history because it would allow for additional restoration and cleanup in the area.

Bennet said the new designation would protect the area from mining and commercial timber harvesting, and would also authorize money for the continued cleanup and protection of the area.

“We applaud this bill for balancing the needs of wildlife and watershed protection with recreational and other uses of the forest, and that our water providers, conservation groups, recreational groups, and businesses have been included in this collaborative legislative process,” said the Eagle County Board of Commissioners. “The addition of the Camp Hale National Historic Landscape will help to preserve and highlight this incredible piece of history and the legacy of the 10th Mountain Division in Eagle County.”

The proposal would also create a new 17,000-acre recreation area in the Tenmile Range.

Under the proposal, the Eagles Nest, Ptarmigan Peak and Holy Cross wilderness areas would be expanded by a total of just over 20,000 acres, and three new wilderness areas, totaling 21,000 acres, would be created in the Tenmile Range, along Hoosier Ridge and in the Williams Fork Mountains.

The proposal also contains changes to wilderness boundaries in Rocky Mountain National Park and other protections in the Holy Cross Wilderness Area and Grand County.

The two members of Congress said they were unveiling their bill Wednesday because the Outdoor Retailer show is coming to Denver for the first time this weekend since moving from Utah.

Bennet said the bill was “excellent” and “balanced” and that it was “written by people on the ground who understand the land the best.”

“Future generations will be able to ski and hike the same terrain as the veterans who created our outdoor industry—who laid the foundation for our state to host the Outdoor Retailer Show just decades later,” he said in a statement.

Polis said he and Bennet introduced the legislation in a bicameral nature to “help us safeguard what keeps Colorado special for our residents.”

The bill would first have be assigned to the House Committee on Natural Resources, which is currently controlled by Republicans. But he said that putting the measures in statute meant that “they are not at the whim of future administrations.”

And both acknowledged that they wanted to introduce the legislation now so that it might get passed sometime down the road—and that it might not happen this year.

Bennet shared a similar sentiment, but said the Camp Hale designation was attracting interest in the Senate.

“It won’t be tomorrow, but it won’t be forever either,” he said. 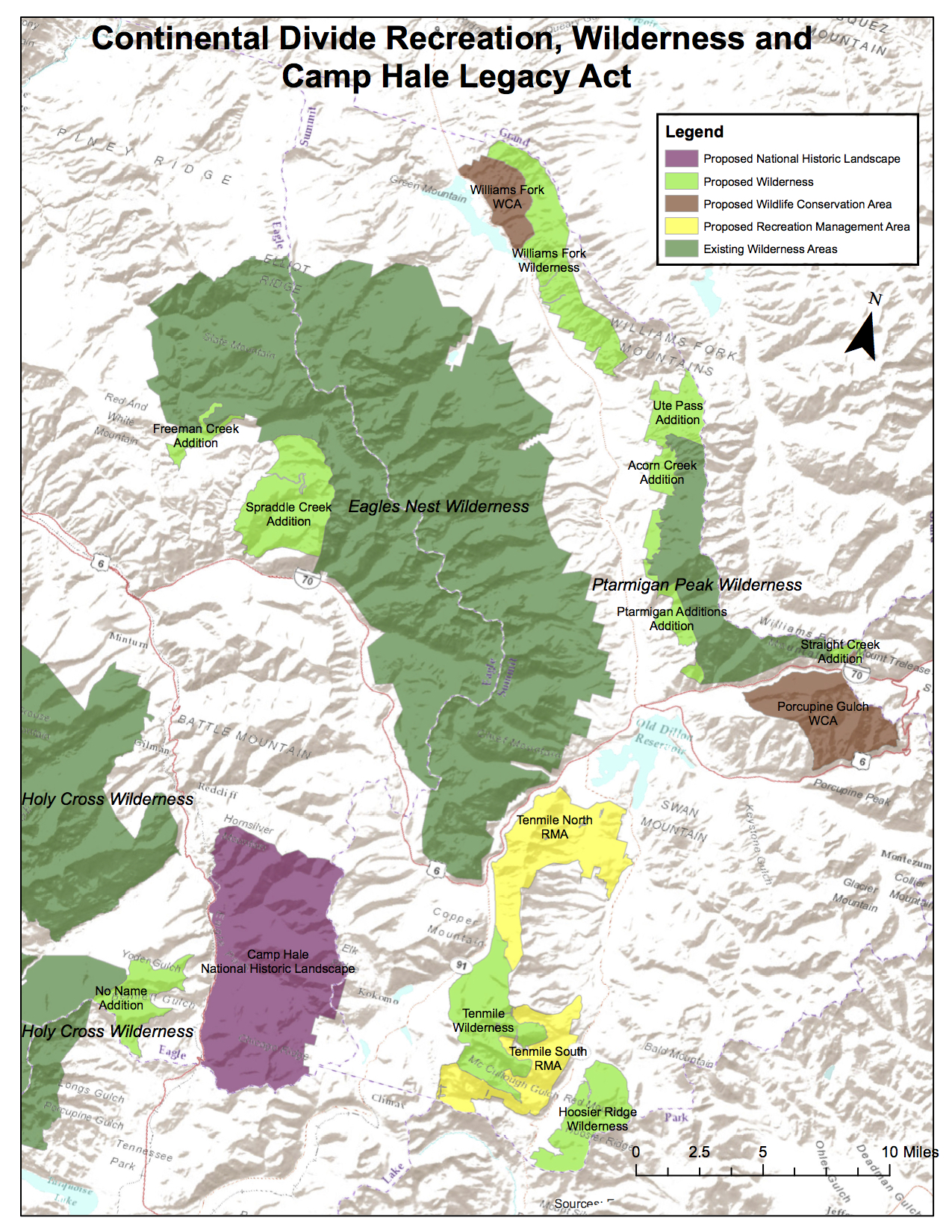