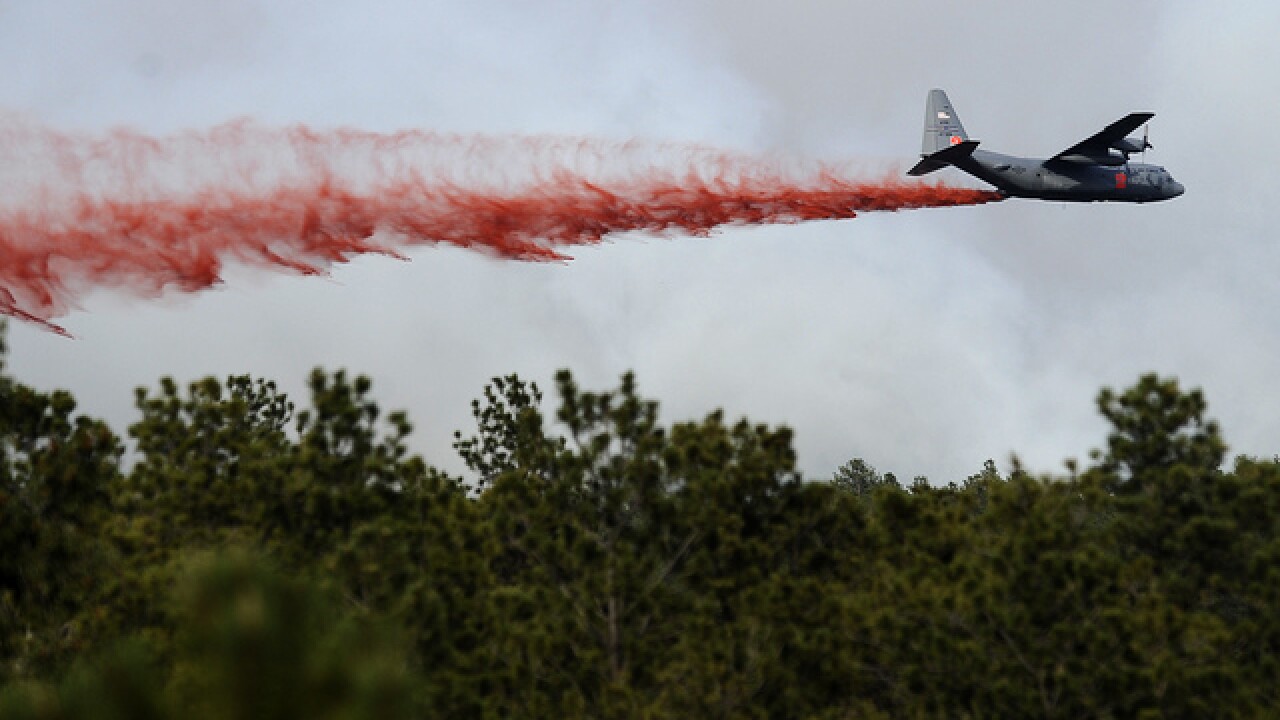 DENVER – Colorado’s U.S. senators praised the inclusion of extra money for firefighting in the latest $1.3 trillion omnibus spending bill hours before they were set to vote on the measure.

The wildfire funding fix, according to Sens. Michael Bennet (D) and Cory Gardner (R), will be a boon to the U.S. Forest Service and Interior Department as they work to fight wildfires, primarily across the West.

Currently, both agencies have to “fire borrow” money from fire prevention and other funds when they have to fight fires and have already used up their yearly budget for suppression.

The fix put into the omnibus bill, which was based on a measure the senators introduced last year that both senators pushed in the Senate, will freeze at FY2015 levels the average cost used to budget for wildfire suppression and will create a separate account that can be dipped into once those levels are reached each year.

The cost of wildfire fighting across the U.S. has continued to increase over the past several years as the number and intensity of fires grew, and the senators have argued that more money was needed for suppression efforts because they were sucking up the Forest Service’s prevention budget.

The senators say the omnibus bill, once passed by the Senate and signed by the president, will give the Forest Service financial certainty through FY2027.

They say they also shored up protections for land conservation projects in the West, a reauthorization of Secure Rural Schools, and forest management reforms that expand upon prior measures Bennet got passed.

“The Forest Service plays an important role in Colorado’s economy —affecting our water supply, outdoor recreation, and timber industry,” Bennet said in a statement. “This bipartisan fix transforms and modernizes the Forest Service’s capacity to restore forest health and mitigate and fight wildfires. It allows the Forest Service to complete the entirety of its mission, without being undermined by the pressures of fire.”

The fire funding could prove beneficial this year, as much of the West, including Colorado, remains in drought conditions.

The Senate is expected to vote on the measure either Thursday night or Friday morning ahead of the midnight shutdown Friday night. The White House has said it will sign the bill should it reach the president’s desk.