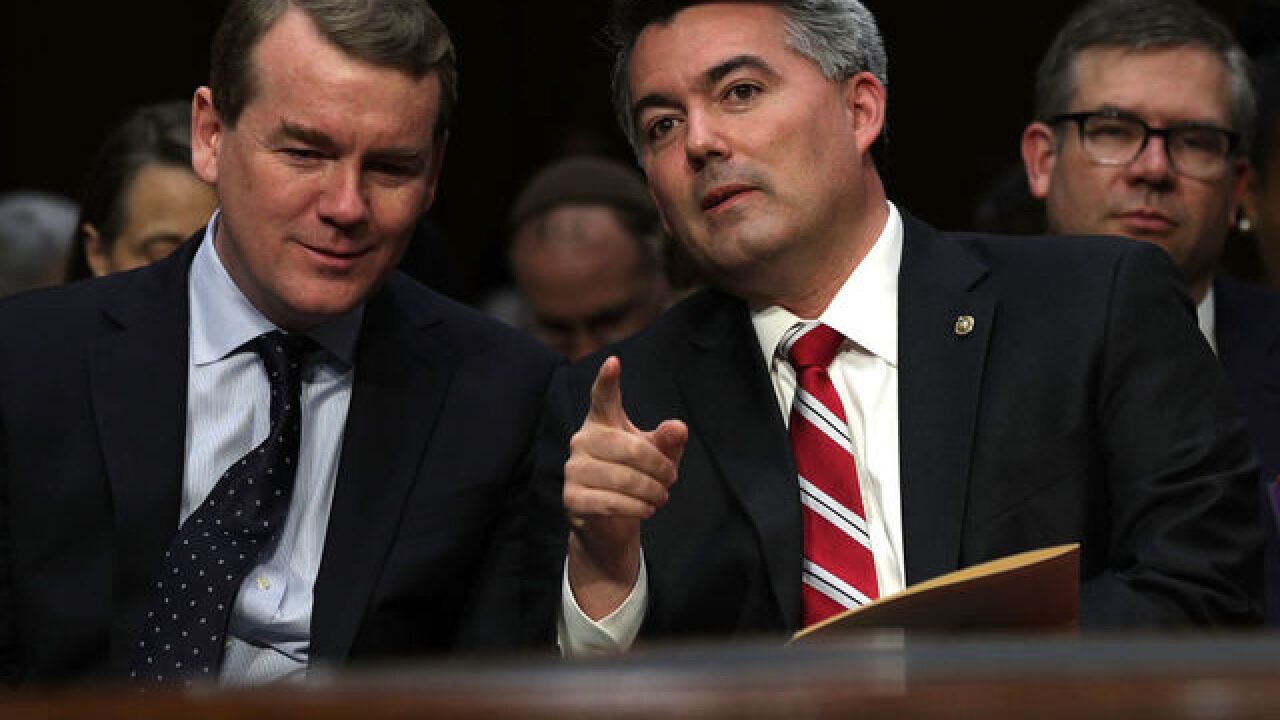 DENVER – The bipartisan group of senators that include both of Colorado’s reached a deal Thursday to extend DACA protections while enhancing border security and other immigration measures, but the White House still isn’t accepting the agreement.

The group – which Denver7 first reported in December was working toward a bipartisan deal – has worked for months to pair the Dream Act, which would extend protections for immigrants brought to the U.S. when they were children, with border security, visa lottery and family-based migration reforms.

“President Trump called on Congress to solve the DACA challenge,” said a joint press release from the senators. “We have been working for four months and have reached an agreement in principle that addresses border security, the diversity visa lottery, chain migration/family reunification, and the Dream Act—the areas outlined by the President. We are now working to build support for that deal in Congress.”

But a Senate aide told Denver7 Thursday that despite the deal including money for a border wall and other asks of the White House’s, that when the group presented the agreement to the White House Thursday, it told them to keep working. President Trump asked in the meeting why the U.S. should allow people to come from "s---hole countries," according to reports from multiple media outlets.

Another group of conservative Republicans have been working on their own proposal, though the agreement by the six senators is the only with bipartisan support.

“Hopefully they’ll contribute their ideas to the solution, but…six people can’t agree to something that will bind Congress and the House,” Senate Majority Whip John Cornyn (R-Tex.) said.

Senate Majority Leader Mitch McConnell (R-Ky.) said last month that he would bring a bipartisan agreement to extend DACA and include border security measures to the floor for a vote if one was reached, but was not committed to doing so with the bipartisan bill as of Thursday.

White House Press Secretary Sarah Sanders said: “There has not been a deal reached yet.”

Both Gardner and Bennet expressed optimism that their deal had a chance at passing after a meeting between the working groups and the president earlier this week. But Trump has waffled on his demand for a border wall over the week as the senators continued to tweak their proposal.

Gardner signed on with Bennet to cosponsor the Dream Act in September. It was his first time cosponsoring such legislation.

The latest version of the Dream Act would allow Dreamers to get permanent residency if they were brought to the U.S. before age 18, graduate from high school or earn a GED, pursue higher education, work lawfully for at least three years or serve in the military, pass background checks, and show proficiency in English.

Durbin, Graham, Bennet, Flake and Menendez were all part of the bipartisan “Gang of Eight” that passed a comprehensive immigration reform package through the Senate in 2013. The bill never came up for a vote in the House.

Should the senators be able to come up with tweaks that will appease the White House, the proposal would likely be added into the next spending bill, which Congress has to pass by Jan. 19 lest the government be shut down. The House, which also has several DACA and immigration-related bills of its own, would also have to agree to the proposal made by the six senators in order to get the measure to the president's desk.