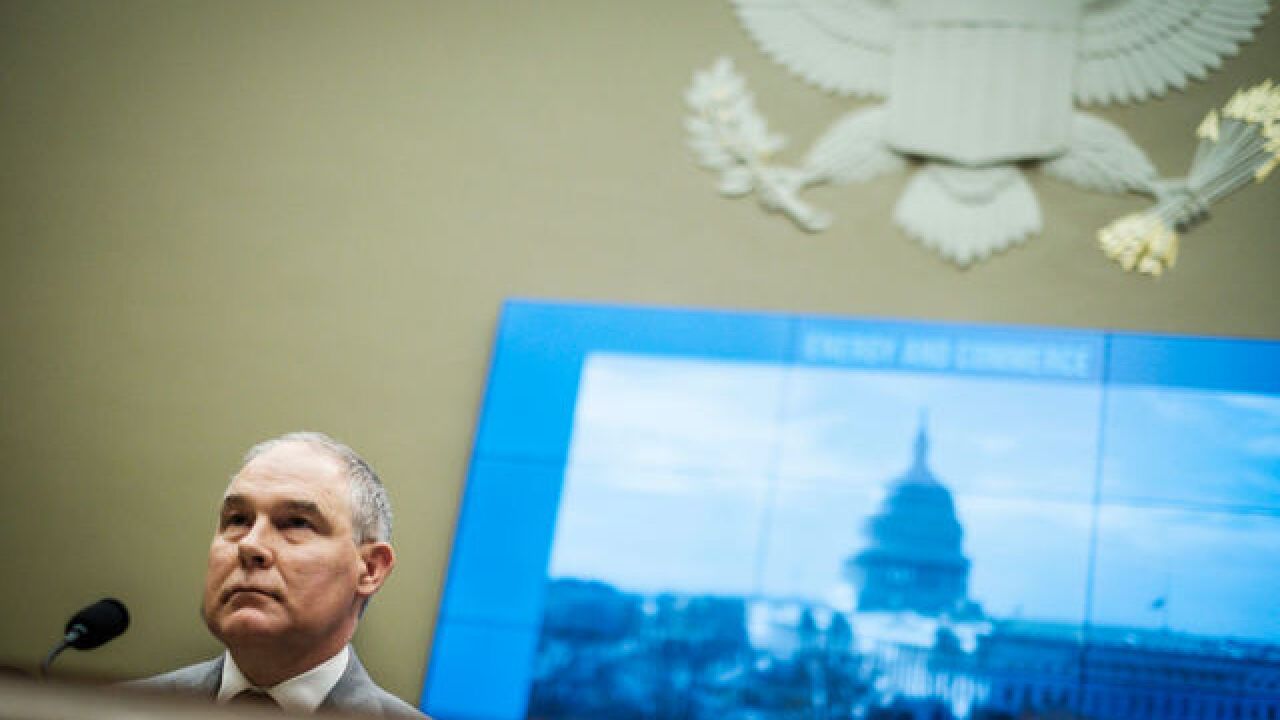 The next day, he sent a letter, along with Sens. Ed Markey (D-Mass.), Sheldon Whitehouse (D-R.I.), Kamala Harris (D-Calif.), Richard Blumenthal (D-Conn.) and Dianne Feinstein (D-Calif.) asking Pruitt to explain his reasoning for the rollback.

Pruitt’s decision to roll back the EPA’s 2012 standards, which aimed at cutting car pollution by requiring new cars built between 2022 and 2025 to have higher fuel efficiency standards, put into question data released by the EPA and National Highway Traffic Safety Administration since the 2012 rules were released.

A draft report issued in 2016 found the 2012 standards could be met, and another determination by the EPA made in early 2017 found no further changes needed to be made, according to the senators.

But since Pruitt took over the agency, the EPA and some automakers have argued recently that the Obama-era rules were too strict and would cost manufacturers who had to speed up their own technologies to save on fuel in their vehicles. The EPA said in last week’s announcement that the 2012 rules lead to “significant additional costs on consumers, especially low-income consumers.”

But the senators wrote that Pruitt’s own agency found otherwise.

“Despite the significant amount of expert analysis, stakeholder engagement, and agency expertise that went into this final determination, you decided to revisit this decision and issue a second final determination for MY2022-2025 vehicle emissions standards,” the senators wrote. “In your announcement, you said the previous determination was ‘wrong’ and ‘set the standards too high.’”

In their letter, the senators ask Pruitt to write back to them by April 20 with answers to a series of questions as to why he is reconsidering his agency’s 2017 guidance on the emissions standards.

Among the questions they ask are how the EPA came to its new conclusions, if the agency has conducted new fiscal analyses, and what the agency found was inaccurate with its previous report. The senators also ask that Pruitt provide details about all of his meetings with the auto and oil and gas industries in developing the new emissions plans.

“It is extremely troubling to use that EPA would seemingly bend to industry pressure and overturn an agreement that the auto industry had itself once supported,” the senators wrote. “Your answers to the questions above are necessary to help us and the public understand why you appear to oppose these important objectives.”

The report said each Colorado household would save $2,700 by 2030 under the standards if they are left intact, and said the state had at that point already saved $550 million. Those savings come primarily through buying less gas, despite a slightly higher up-front cost for vehicles, the report said.

Last week, Bennet was among three Democratic members of Congress from Colorado to call for Pruitt to resign or be fired over a host of scandals. On Monday, it was announced that two ethics investigations into Pruitt were expanding, though the president has continued to back his administrator.