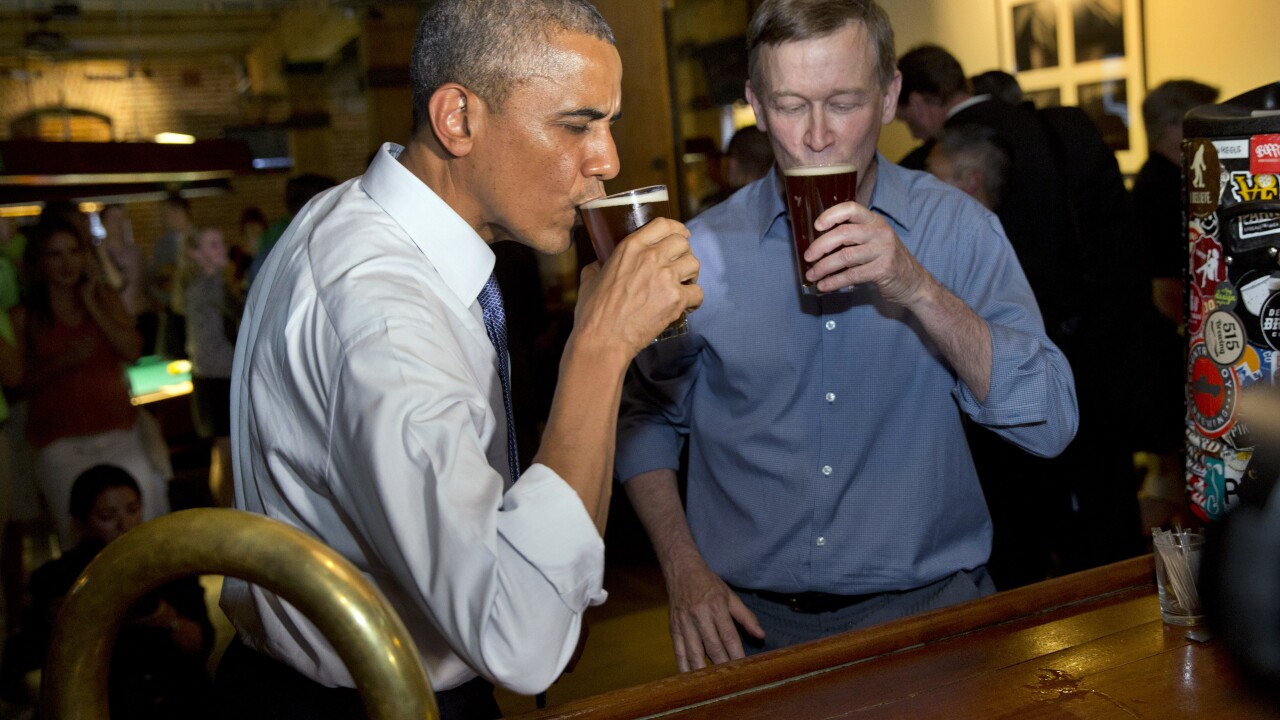 (Copyright 2020 The Associated Press. All rights reserved. This material may not be published, broadcast, rewritten or redistributed.)
Jacquelyn Martin/AP
President Barack Obama has a beer at Wynkoop Brewing Co. with Colorado Gov. John Hickenlooper on Tuesday, July 8, 2014, in Denver. (AP Photo/Jacquelyn Martin)

DENVER – John Hickenlooper and Rep. Jason Crow were the two Colorado candidates to earn endorsements from former President Barack Obama Monday among dozens across the country in the 44th president’s first round of nods for the 2020 General Election.

“I’m proud to endorse this diverse and hopeful collection of thoughtful, empathetic, and highly qualified Democrats. Together, these candidates will help us redeem our country’s promise by sticking up for working class people, restoring fairness and opportunity to our system, and fighting for the good of all Americans — not just those at the top,” Obama said in a statement attached to the endorsements.

Though both Hickenlooper and Crow have racked up high-profile endorsements over the past months, the nod from Obama is the latest and biggest endorsement for both.

Hickenlooper said in a statement he was honored by Obama’s endorsement.

“[Obama] knows how broken and dysfunctional Washington is – and how the work delivering for Americans can’t stop in the face of partisan politics, especially during a crisis,” he said.

During the 2018 midterm elections, Obama endorsed at least 25 candidates in Colorado, including Crow, most of whom won their respective races.

He did not endorse Diane Mitsch Bush in 2018 and has yet to endorse her for 2020. Mitsch Bush now faces Lauren Boebert in an open race for the state’s 3rd Congressional District seat.

Obama made several rounds of endorsements during the lead up to the 2018 midterms and is expected to endorse more candidates in the months ahead.