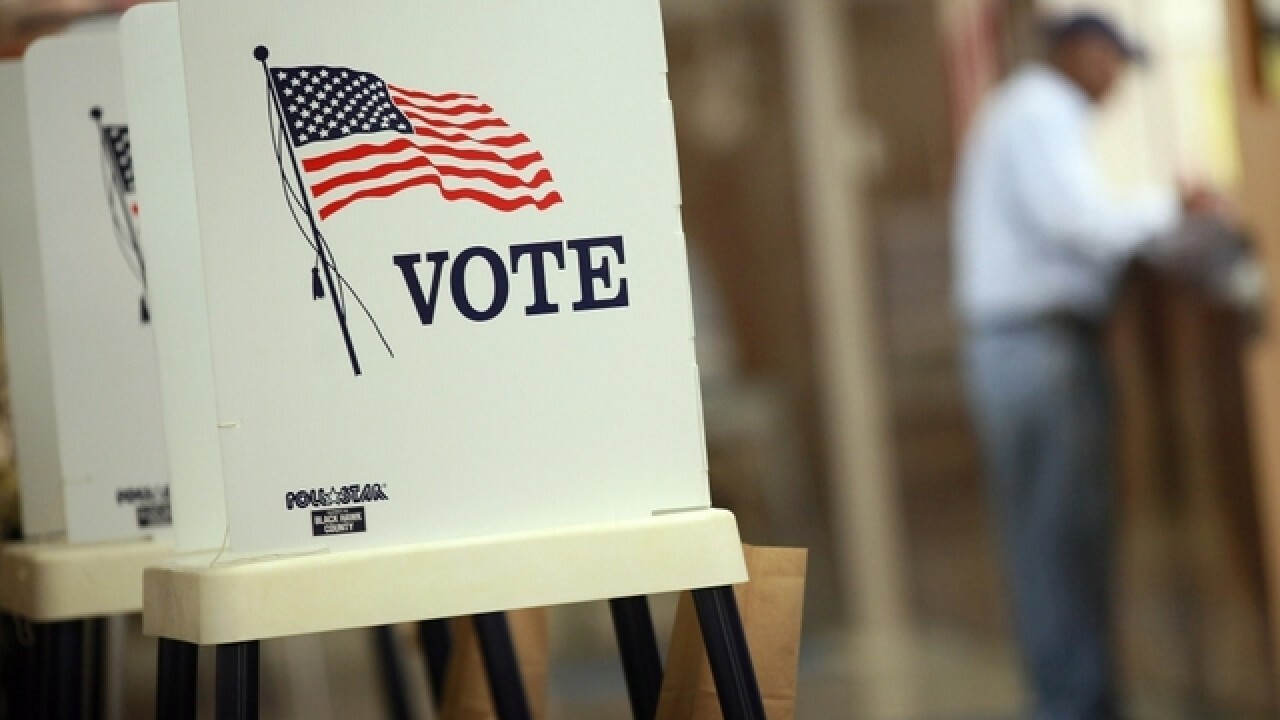 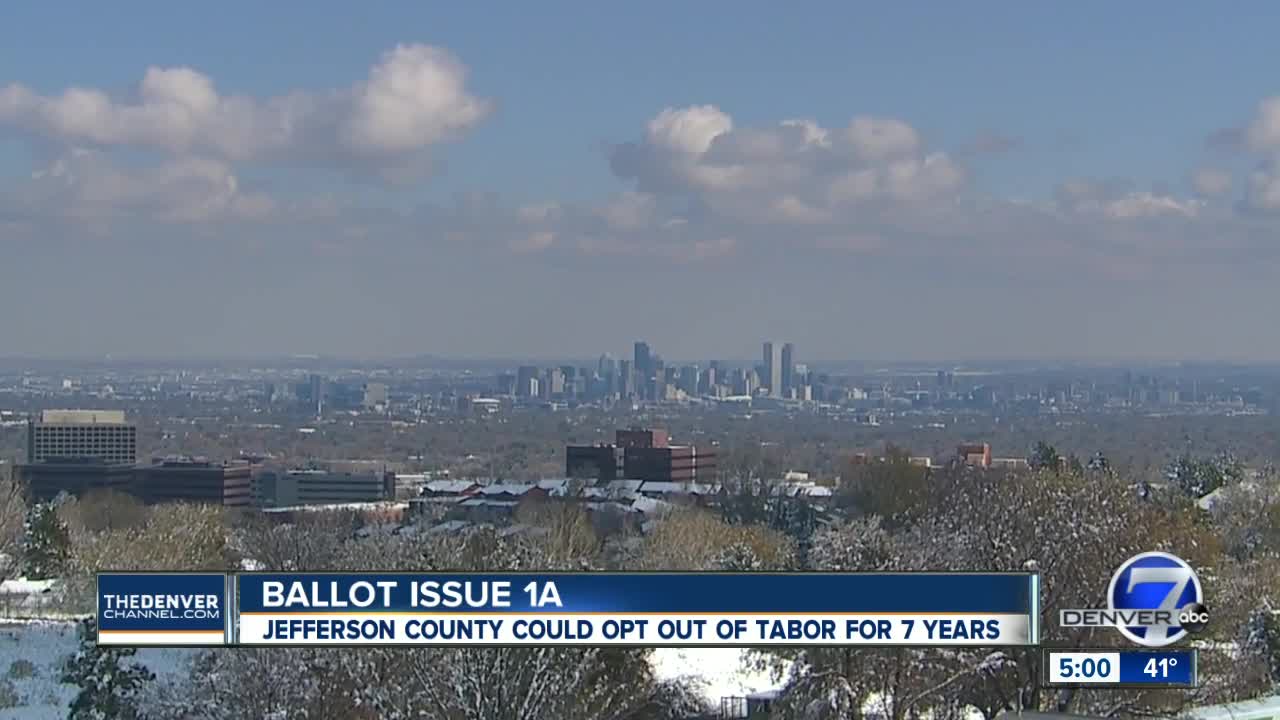 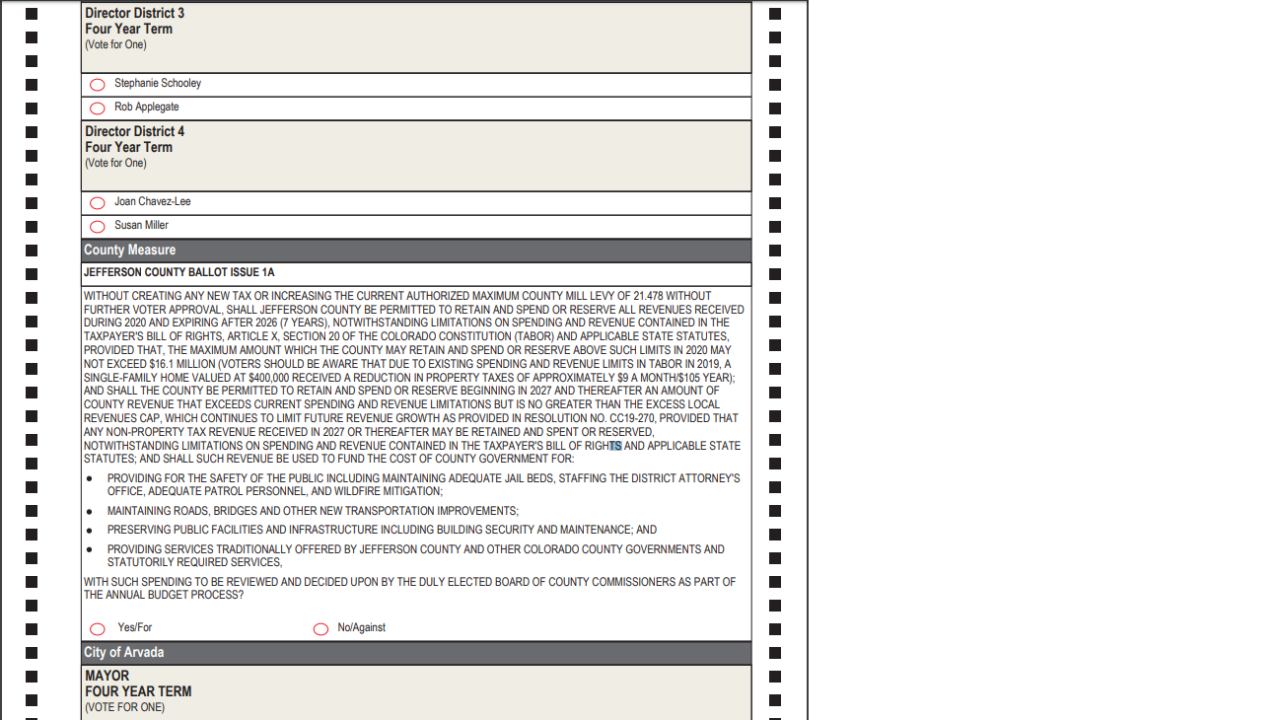 JEFFERSON COUNTY, Colo. — It's one of the most controversial issues on the ballot in Jefferson County.

If Ballot Issue 1A is passed, taxpayers would opt out of TABOR for seven years, allowing Jefferson County to raise property taxes, and get out of debt. The county argues it is hurting financially, saying it has a $16 million budget shortfall that it desperately needs to make up.

Critics of 1A say the county mismanaged the money and taxpayers shouldn't have to bail them out.

"TABOR has a formula that allows local government budgets to increase, but that formula just isn’t keeping up with the cost of government in these economic times," said Jefferson County Commissioner Casey Tighe.

TABOR is a state law put in place in 1992, capping the amount of taxes a county or state government can collect.

Frank Francone is a Policy Fellow at Colorado Centennial Institute. He says, "The taxpayers bill of rights is designed to keep a sound relationship between our county government, state government and the taxpayers."

He believes the wording on JeffCo's ballot question is misleading.

The ballot reads as follows:

"WITHOUT CREATING ANY NEW TAX OR INCREASING THE CURRENT AUTHORIZED MAXIMUM COUNTY MILL LEVY OF 21.478 WITHOUT FURTHER VOTER APPROVAL, SHALL JEFFERSON COUNTY BE PERMITTED TO RETAIN AND SPEND OR RESERVE ALL REVENUES RECEIVED DURING 2020 AND EXPIRING AFTER 2026 (7 YEARS), NOTWITHSTANDING LIMITATIONS ON SPENDING AND REVENUE CONTAINED IN THE TAXPAYER'S BILL OF RIGHTS, ARTICLE X, SECTION 20 OF THE COLORADO CONSTITUTION (TABOR) AND APPLICABLE STATE STATUTES, PROVIDED THAT, THE MAXIMUM AMOUNT WHICH THE COUNTY MAY RETAIN AND SPEND OR RESERVE ABOVE SUCH LIMITS IN 2020 MAY NOT EXCEED $16.1 MILLION (VOTERS SHOULD BE AWARE THAT DUE TO EXISTING SPENDING AND REVENUE LIMITS IN TABOR IN 2019, A SINGLE-FAMILY HOME VALUED AT $400,000 RECEIVED A REDUCTION IN PROPERTY TAXES OF APPROXIMATELY $9 A MONTH/$105 YEAR); AND SHALL THE COUNTY BE PERMITTED TO RETAIN AND SPEND OR RESERVE BEGINNING IN 2027 AND THEREAFTER AN AMOUNT OF COUNTY REVENUE THAT EXCEEDS CURRENT SPENDING AND REVENUE LIMITATIONS BUT IS NO GREATER THAN THE EXCESS LOCAL REVENUES CAP, WHICH CONTINUES TO LIMIT FUTURE REVENUE GROWTH AS PROVIDED IN RESOLUTION NO. CC19-270, PROVIDED THAT ANY NON-PROPERTY TAX REVENUE RECEIVED IN 2027 OR THEREAFTER MAY BE RETAINED AND SPENT OR RESERVED, NOTWITHSTANDING LIMITATIONS ON SPENDING AND REVENUE CONTAINED IN THE TAXPAYER'S BILL OF RIGHTS AND APPLICABLE STATE STATUTES; AND SHALL SUCH REVENUE BE USED TO FUND THE COST OF COUNTY GOVERNMENT FOR: · PROVIDING FOR THE SAFETY OF THE PUBLIC INCLUDING MAINTAINING ADEQUATE JAIL BEDS, STAFFING THE DISTRICT ATTORNEY'S OFFICE, ADEQUATE PATROL PERSONNEL, AND WILDFIRE MITIGATION; · MAINTAINING ROADS, BRIDGES AND OTHER NEW TRANSPORTATION IMPROVEMENTS; · PRESERVING PUBLIC FACILITIES AND INFRASTRUCTURE INCLUDING BUILDING SECURITY AND MAINTENANCE; AND · PROVIDING SERVICES TRADITIONALLY OFFERED BY JEFFERSON COUNTY AND OTHER COLORADO COUNTY GOVERNMENTS AND STATUTORILY REQUIRED SERVICES, WITH SUCH SPENDING TO BE REVIEWED AND DECIDED UPON BY THE DULY ELECTED BOARD OF COUNTY COMMISSIONERS AS PART OF THE ANNUAL BUDGET PROCESS?"

"I’ve shown that language to a number of voters, and every single one of them says, 'Well, of course not! It says right there it’s not going to raise my taxes," Francone said.

If the issue passes, homeowners with a house worth of $400,000 would see a tax increase of $4.50 per month. In 2021, that could go as high as $9 per month based on a vote. That money would be enough to get back the $16.1 million, balancing the books for 2020.
=
The Jefferson County Sheriff's Office is keeping a close eye on the vote. If 1A doesn’t pass, the sheriff's office would have $5 million cut from the 2020 budget, putting a freeze on new hires and forcing them to shutdown one floor of the jail. If nothing changes by 2021, they’d have to close the doors on another floor, taking away about 600 spots for prisoners.

JeffCo hasn't issued TABOR refunds for years. Instead, they've used excess tax revenues to reduce mill levies, lowering your taxes in the process. If Ballot Issue 1A passes, that TABOR refund would go toward the county budget instead.