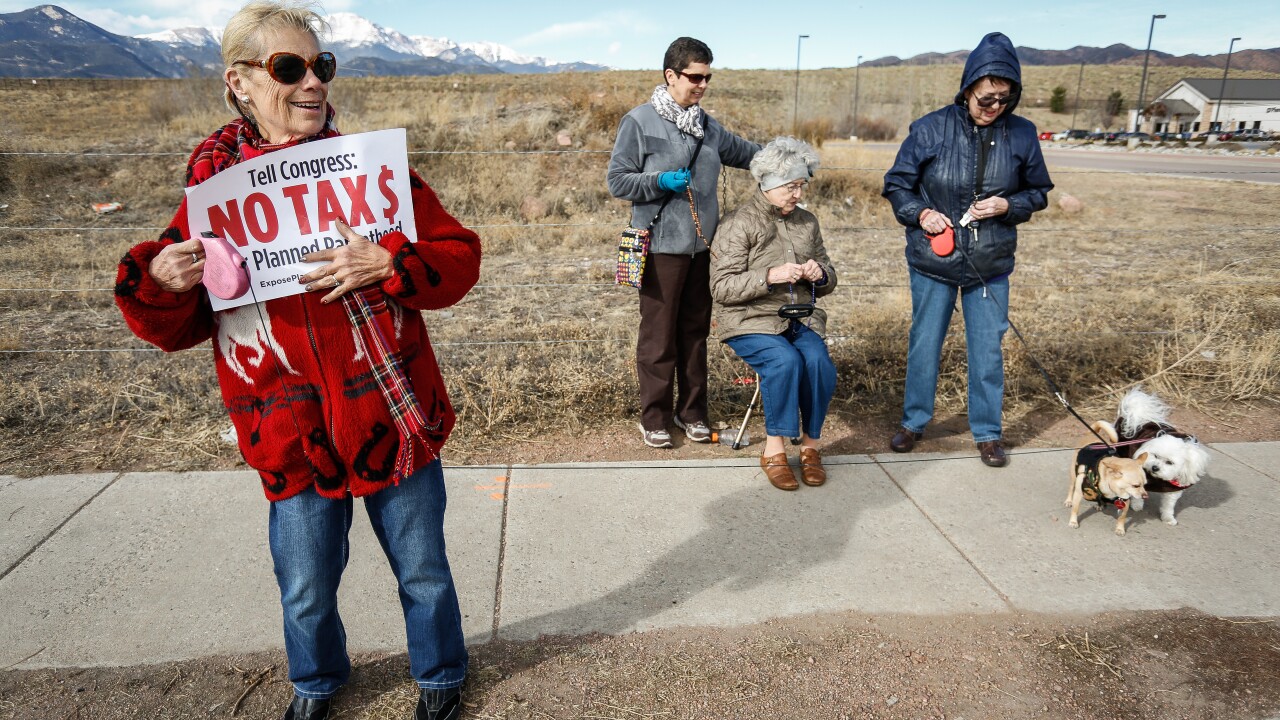 Copyright Getty Images. All Rights Reserved.
Marc Piscotty/Getty Images
COLORADO SPRINGS, CO - FEBRUARY 11: Pro-Life protestor Kathy Welch of Elbert, Colorado holds a sign while demonstrating outside of the Colorado Springs Westside Health Center February 11, 2017 in Colorado Springs, Colorado. The protest is part of nationwide demonstrations that were held at Planned Parenthood locations in more than 200 cities in an attempt to raise support for restricting women's ability to have abortions in the United States. (Photo by Marc Piscotty/Getty Images)

Abortion in Colorado would be banned after 22 weeks through an initiative advocates hope to place on statewide ballots next year.

The only exception would be if a doctor determines a mother’s life is at risk. In all other cases, performing an abortion after 22 weeks would be a class 3 felony, on par with second-degree murder or vehicular homicide and punishable by up to a dozen years in prison.

The proposed initiative was filed Friday by Erin Behrens and Giuliana Day. Behrens said on Facebook that she began pushing legislators for a late-term abortion ban 10 months ago, when she was in the advanced stages of pregnancy. Dismayed by Republicans unable to pass restrictions and Democrats unwilling to, she opted for a ballot initiative instead.

“A few years ago, I found out that Colorado is one of the few places in the world where abortion is legal up to birth for any reason,” Behrens told The Denver Post on Tuesday. “It did not make sense that we would allow this, while 43 other states, including California and New York, did not.”

The state’s title board will consider the proposed initiative June 19. Proponents of what would be called Initiative 108 cannot print petitions or collect signatures until the board signs off.