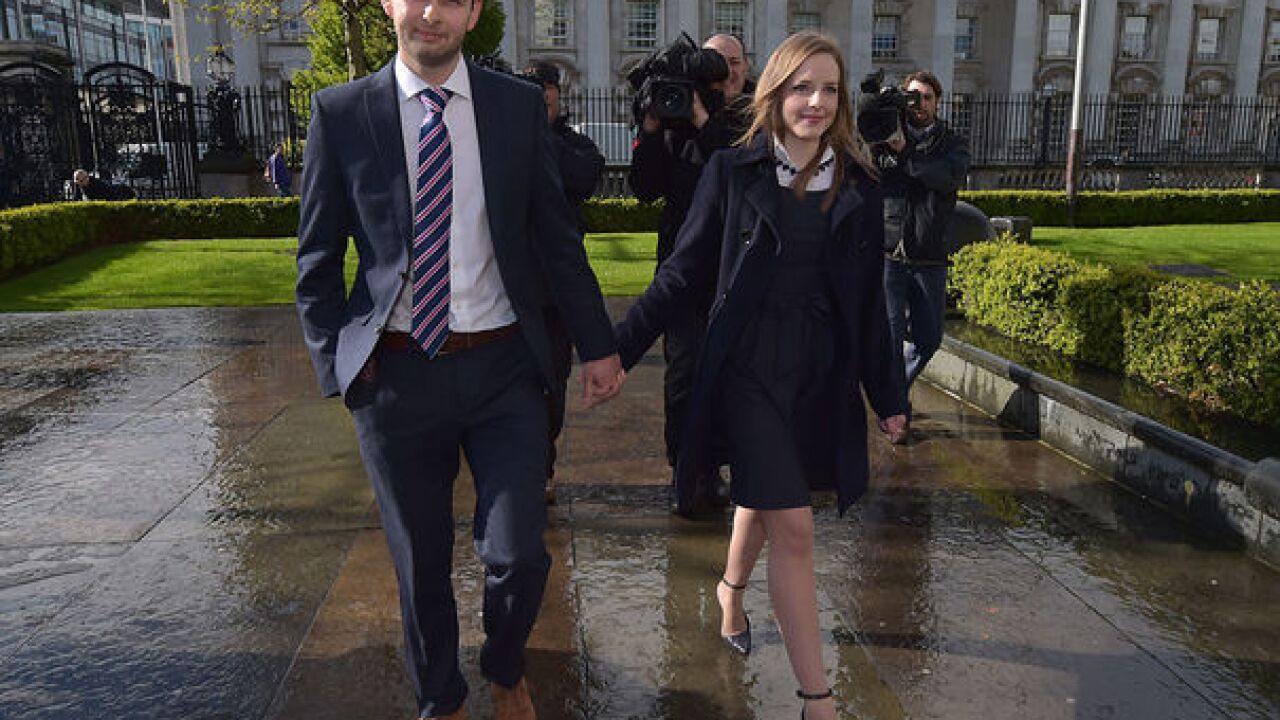 2015 Getty Images
Charles McQuillan
<p>BELFAST, NORTHERN IRELAND - MAY 19: Daniel McArthur (L) and his wife Amy McArthur (R) arrive outside Laganside Courts before a judge ruled that their Christian-run bakery discriminated against Gareth Lee, a gay rights activist, by refusing to make a cake with a slogan supporting same-sex marriage on May 19, 2015 in Belfast, Northern Ireland. Ashers Baking Company, which delivers across the UK and Northern Ireland, had argued that the cake and its slogan 'Support Gay Marriage' went against their 'sincerely held' Christian beliefs. Mr. Lee was assisted with his case by the Equality Commission. </p>

LONDON (AP) — A bakery owned by a Christian family asked Britain's Supreme Court on Tuesday to overturn a ruling that it discriminated against a gay customer for refusing to make a cake supporting same-sex marriage.

Ashers Baking Co. in Northern Ireland refused in 2014 to make a cake iced with the "Sesame Street" characters Bert and Ernie and the slogan "Support Gay Marriage."

The owners argued they were happy to bake goods for anyone, but could not put messages on their products at odds with their Christian beliefs.

After the customer filed a lawsuit that received backing from Northern Ireland's Equalities Commission, lower courts ruled that the bakery's refusal was discriminatory.

Judges from the London-based Supreme Court heard the bakery's appeal at a special sitting in Belfast that is due to continue Wednesday.

David Scoffield, lawyer for the bakery's owners, argued Tuesday that the family should not be compelled to create a product "to which they have a genuine objection in conscience."

"The notion that Christians may exercise their faith on Sundays but forget about it when they step into work on Monday is not real freedom of religion and is not freedom of conscience," Scoffield told the court.

In a statement, British gay-rights activist Peter Tatchell agreed the cake dispute was not a simple case of discrimination. The ruling against the bakery implied that "gay bakers could be forced by law to decorate cakes with homophobic slogans," he said.

"Although I strongly disagree with Ashers stance against gay marriage, that is their right in a free and democratic society," Tatchell said.

Similar cases involving bakeries have come up in the United States. The U.S. Supreme Court heard arguments in December on an appeal from a Colorado baker who also cited religious beliefs for refusing to make a wedding cake for a same-sex couple. The court's opinion is pending.