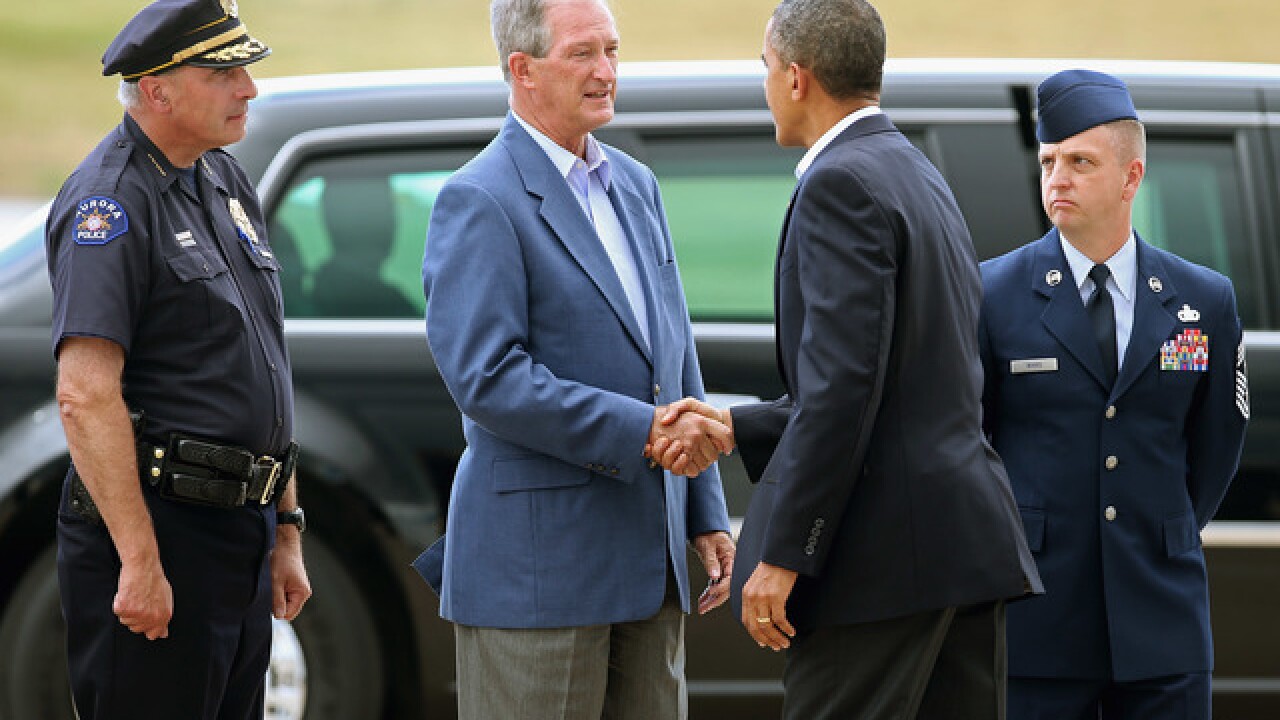 “To tell you the truth, I have never been much of a believer in term limits. I wanted you to know that my time as Mayor of Aurora will end sooner than I had desired,” Hogan said in a statement to Denver7. “I have entered into home hospice care, with the understanding that my future days will be lived with dignity, grace, and in peace.”

Hogan announced in a Facebook post in late March that he had been diagnosed with cancer after he came down with an illness he initially thought was the flu.

At the time, he said he wouldn’t seek re-election, but would continue to serve as mayor while he undergoes treatment.

Hogan’s statement Wednesday does not directly address his mayoral status, but he spoke toward his love for the city and its people.

“Aurora is my heart. I am so proud of this city, my city. We have grown together and we have grieved together. As a city, we are persistent and we shall continue to prosper together,” Hogan wrote.

“The people of Aurora define this city. A heartfelt thanks to the residents of Aurora, my former and current colleagues, and to all the city employees; what an honor it has been to serve with each of you! Thank you for allowing me to be part of your lives,” he added.

The city of Aurora said it was “deeply saddened” that Hogan was moving to hospice care and were keeping him in their thoughts and hearts.

“As he has done through his actions, and reminds us in the statement, we will all continue to work to better our community. We are privileged to serve our public under Mayor Hogan’s leadership,” the statement said.

Hogan also spoke extensively about his career of public service, where he has served as a state representative and both councilman and mayor of Aurora.

“Please know that my cause of life is public service. It has been my distinct honor to serve as a Colorado State Representative, an Aurora City Councilmember, and as Mayor of the city of Aurora. Having served 34 years in elected office, the time has passed far too quickly. I am most proud that each day I gave my best efforts and heart for the betterment of this great city, region and state. I would respectfully encourage each person reading this message to embrace the honor of public service and continually seek to enrich the lives of our fellow residents. It is in this honor and in this service where leadership and inclusive governance will flourish.”